Mercedes driver Valtteri Bottas has been on the wrong side of team orders several times during his stint with the German team, and while the Finn has said an incident in 2018 made him consider leaving Formula 1. team boss Toto Wolff doubts the claim. 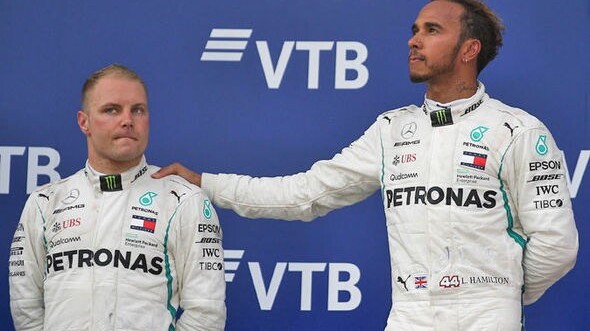 Back in 2018, at the Russian Grand Prix, Mercedes driver Valtteri Bottas was left fuming after he was told by his team to relinquish the lead of the race to Lewis Hamilton, in a move which the Finn said made him consider his future in the sport.

In season 3 of Netflix’s Drive to Survive, Bottas said the decision was “tough, tough to accept,” and that it had left him pondering his future in F1.

“I was even thinking of quitting, of giving up. Straight after the race, I said I would not do it again,” he said.

However, Mercedes team principal Toto Wolff has said he doubts the driver ever really considered retiring from F1 over the furore despite acknowledging the difficult position it put the Finn in and how it impacted the team dynamics.

“No, he was very downhearted, of course. I understand that – but I don’t think he was close to retirement,” Wolff told Autosport.

“Because he’s too much of a competitor for that. But I can imagine, in the heat of the situation, after the race, you don’t understand the world.”