The Mercedes team principal is adamant the new 2021 regulations have hindered the low-rake cars despite Valtteri Bottas and Lewis Hamilton leading both of the practice sessions in Imola. 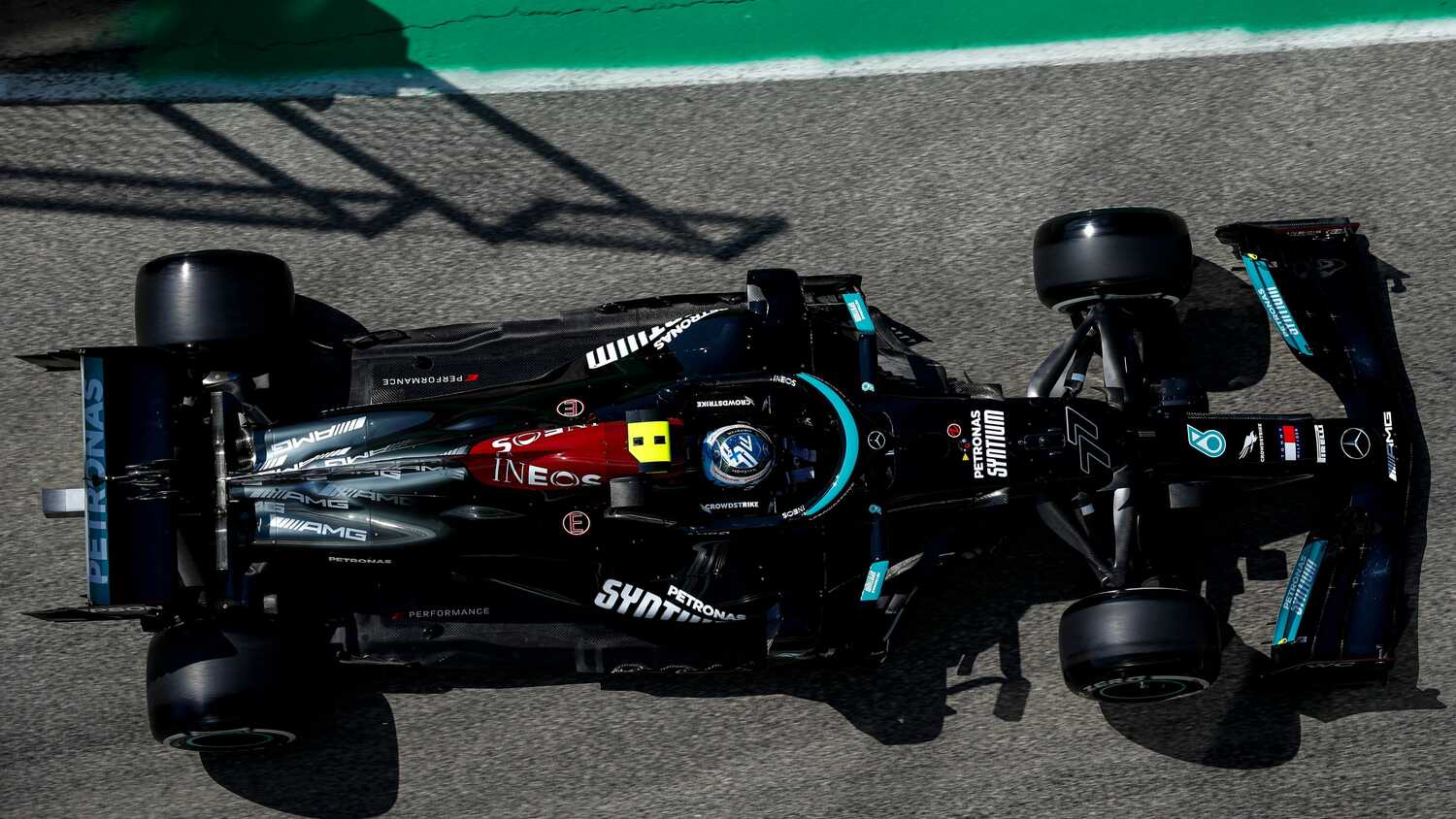 Toto Wolff refused to back up calls for a mid-season technical rule change but insists Mercedes have been handicapped by the new 2021 regulations.

Changes to the rear floor of the cars have been made for this season to slow the cars down. Mercedes and Aston Martin have been particularly vocal about the new rules, as they believe it has hindered the low-rake cars.

"Low rake is always an issue," Wolff told Sky Sports. "I think what we've seen in our data is that the change of regulations has harmed the low rake more than the high rake cars.

"But you won't see it on on on every circuit. If you have your car properly balanced and in the right window, which is difficult to get into, then your performance will be okay.

"Relatively from last year, they [high rake] are definitely ahead."

Wolff did not state whether he felt a change in the regulations was necessary but says a discussion between the teams and the FIA should take place soon.

"I think this is a tricky subject because you need to have the full picture before making any comments," Wolff added.

"Since April, there was a bunch of decisions and regulatory changes, tyres were introduced. Obviously, lots of discussion.

"I think the nuances of that is having to really come to a point to say, 'was there any decision that went against a particular concept of car and wasn't there' and I think that needs to be looked at.

"I don't know what you can ask for at that stage of the season [mid-season] so I think we just need to leave it at that.