Mercedes' boss Toto Wolff has praised Hamilton for extracting the maximum from a car that 'wasn't perfect' after some last minute changes. 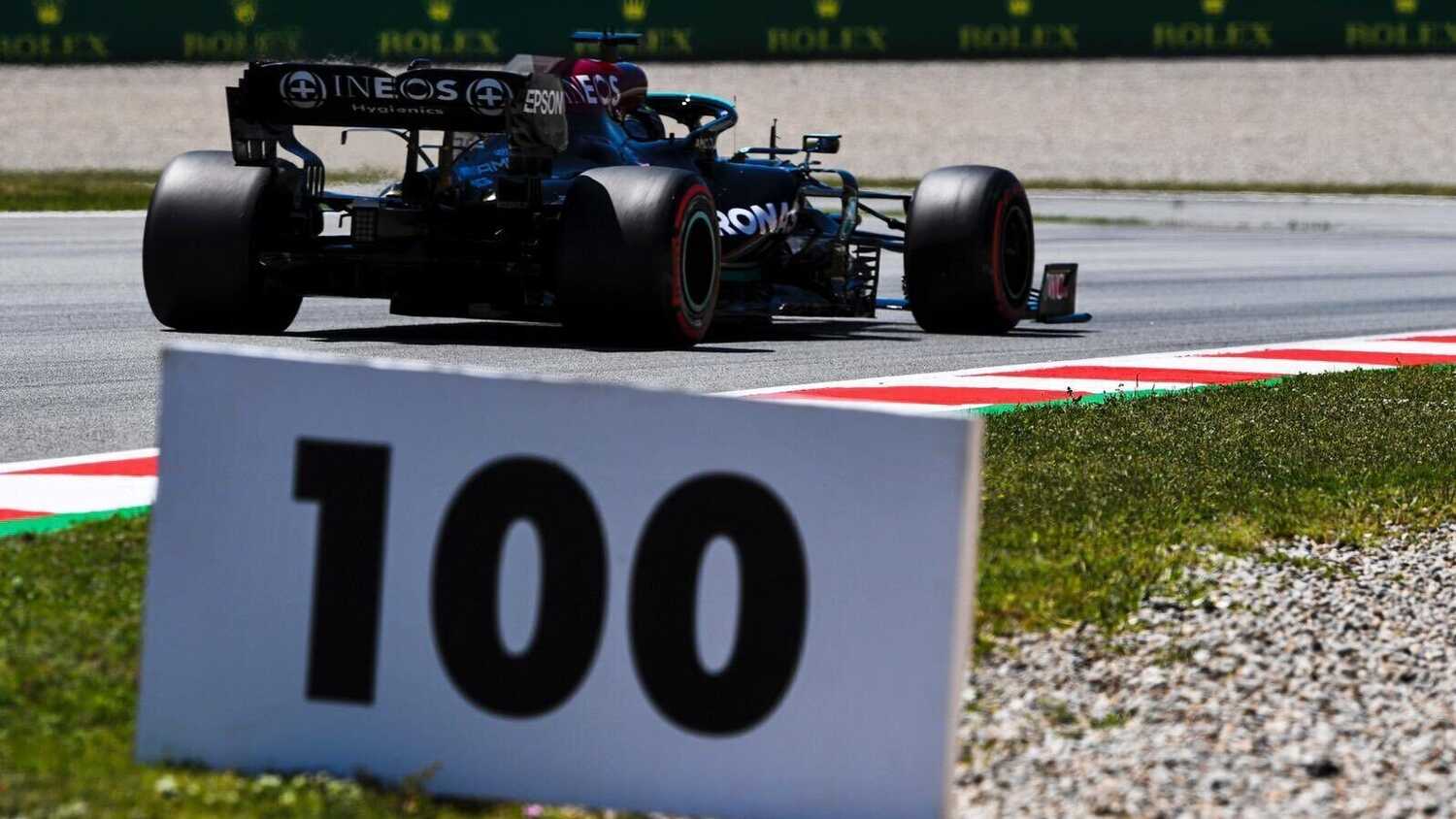 Toto Wolff has prasied Lewis Hamilton for reaching a milestone 100 career pole positions, saying the World Champion is operating at a higher level than ever.

Hamilton took his 100th pole by just 0.036 seconds over Red Bull's Max Verstappen, setting his best time on the first runs in Q3.

Speaking after the session, Wolff spoke about Hamilton's achievement in light of the car not being quite perfect.

"Every time I get asked the question 'Was this his best lap, or his best race?', he's just operating on extremely unseen, never seen before level.

"Today, again, that probably the car wasn't perfect. And he just edged the other ones out and the 100 poles is incredible.

"Andrew Shovlin [Head of Trackside Engineering at Mercedes] was just saying that if you put all the laps all these pole laps together in a video, it would last two hours. So that just shows the what he has achieved."

With Hamilton opting for changes to the W12 after the third practice session, he admitted the changes had moved the car out of the optimal window at the start of Q1 and worked to recover the deficit through qualifying.

Wolff explained that it had been a tight scramble to ensure the car was sufficiently good enough to fight for pole position after the setup moved in the wrong direction.

"He pretty much quickly said, 'I think we went in the wrong direction'. And you could see it on the lap times. And then they were tweaking around with the different whatever you could, he was limited with the tools he had available and the engineers had available to really put the car in a happier place.

"But somehow, what they did was was good enough for pole."