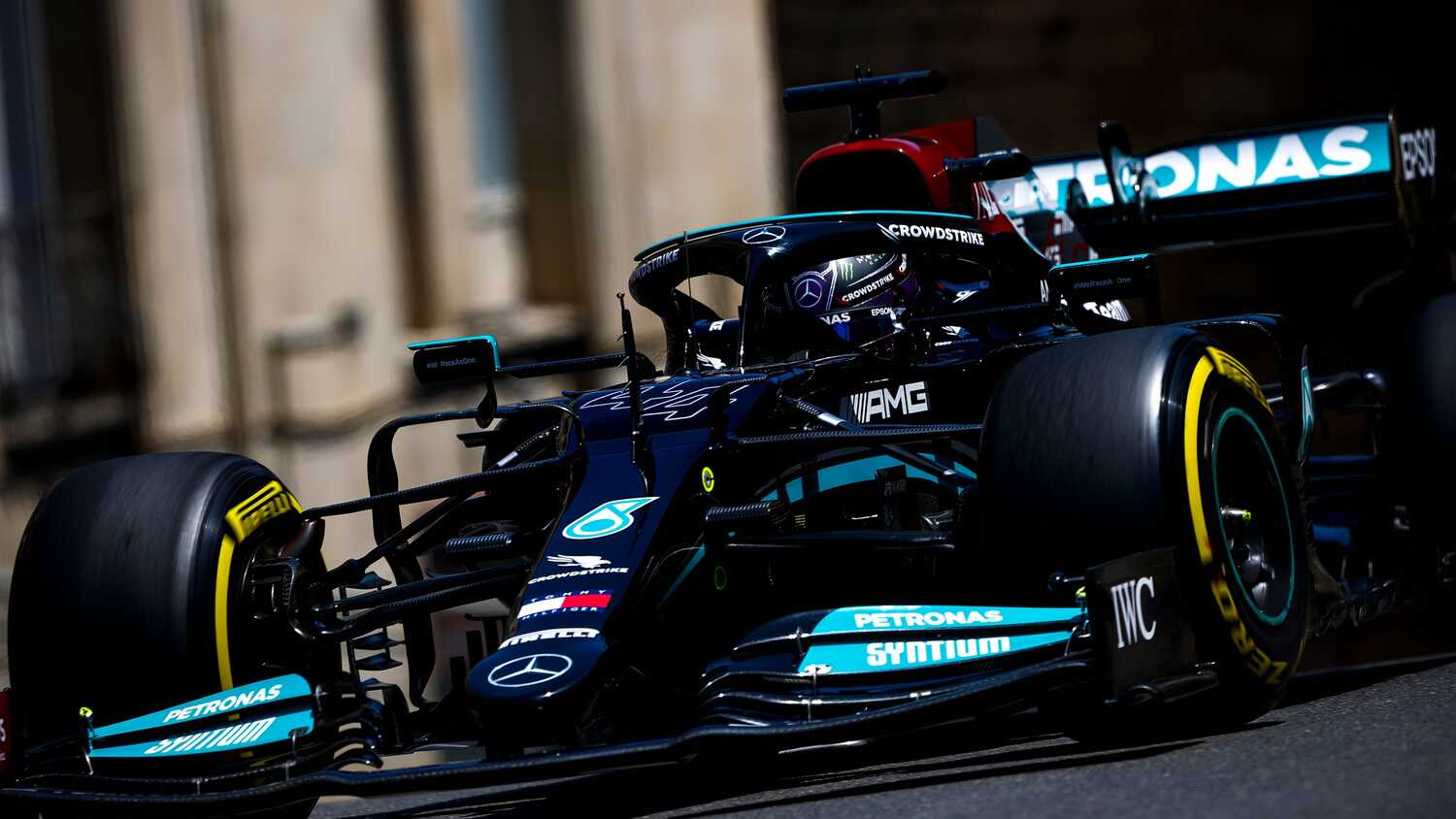 Toto Wolff has revealed Lewis Hamilton has been left 'destroyed' after another bad result, his second bad weekend in a row after seventh place in Monaco last time out.

Hamilton had looked an unlikely contender for victory on the final restart in Baku, as he made a better start than Red Bull's Sergio Perez, but an uncharacteristic error saw him sail off into the escape area after a brake setting was in the incorrect position.

"Both of us are destroyed to be honest," Wolff explained to media, including RacingNews365.com after the race.

"But it is for him obviously, as a driver, you have it. It's so close and then it's all gone. And from years running this, we just need to be the best. The best of us, the best that we have and we haven't given the drivers a competitive package this weekend.

"Far from a competitive package. And that is the frustration, it is not only the incident at the end that frustrates, its overall not meeting our own expectations, all of us together, Lewis, engineers, myself, for everybody."

Mercedes looked set to snatch an unlikely win, after Red Bull looked set for a dominant 1-2 until a tyre failure knocked Max Verstappen out of the race with five laps to go. Hamilton's restart briefly looked as though a complete role reversal was possible, only for his pointless finish to give Verstappen and Red Bull a reprieve.

"It just feels painful. You can see we had the win, we had the hand almost close to the trophy because Max didn't score," Wolff reflected.

"But I don't know, it's just the emotion of frustration. It's just so overwhelming at the moment. I don't know, I would have taken third or this result. What I take away is that we must bring our A game to fight for this championship and our car was not there all weekend.

"Operationally, we just need to perform faultlessly and all of us haven't haven't done that the last two weekends."

Hamilton had been heard on the radio saying that he was viewing the end of the race as a "marathon, not a sprint," suggesting a measured approach to the restart. But Wolff said he didn't feel Hamilton had done anything reckless or unnecessarily risky.

"No, I think he had the position. I think the move was totally okay on the inside," he explained.

"It was just that the brakes were not there. Or were not set to the right position. And that is why he missed the braking point. I think that was a perfect start and the perfect move at the beginning."