Mercedes' Toto Wolff has shed some light on whether Lewis Hamilton may need another new engine between now and the end of the season. 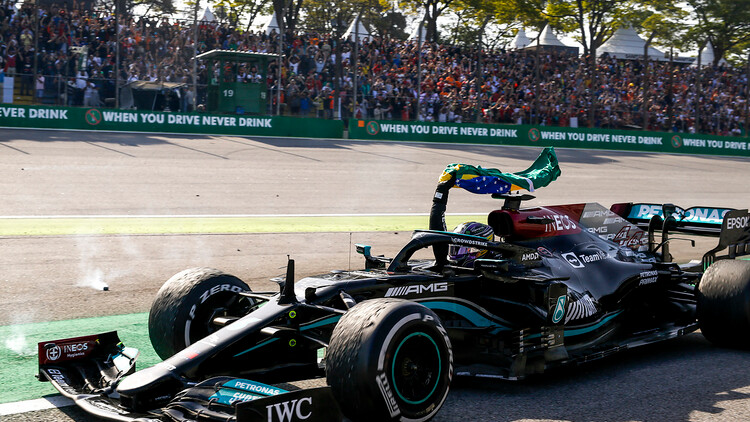 Toto Wolff has spoken about the possibility that Lewis Hamilton may yet need another engine between now and the end of the season after the reigning World Champion stormed to victory in Brazil with a fresh ICE (Internal Combustion Engine) fitted in his W12.

With just three ICEs permitted per driver per season before penalties apply, Hamilton moved on to his fifth engine at the Brazilian Grand Prix and took a five-place grid drop as per the regulations.

Despite this setback, Hamilton's pace blitzed the field and he was able to catch up and pass leader Max Verstappen to take the win.

With the new engine a contributing factor to Hamilton's pace, Wolff hasn't ruled out the possibility that he may yet need another one if a reliability issue were to arise in the final three Grands Prix of the season.

Asked whether Hamilton's new engine will be used in Qatar, Wolff confirmed that it would be in the back of the car.

"Yes, absolutely," he told media, including RacingNews365.com, after the race.

"We are going to the end of the season now with this engine.

"We still have questions over reliability, but we hope we have the right answers. We're going to the end."

Where did Hamilton's pace come from?

With Hamilton's straight-line speed prowess raising eyebrows at Red Bull, Hamilton was asked after the race where he believes the sudden pace jump from his team has come from.

After Red Bull cruised to victory at the high-altitude Autodromo Hermanos Rodriguez, the complete role reversal in the space of just seven days surprised even Hamilton.

"Honestly, we've been working so hard to try every weekend and get the car into a place where we can compete, but just with no answer for the pace that they [Red Bull] were able to produce," he commented.

"They obviously [were] a long way ahead of us in the last race, [and] we were coming to [another] track where, last time, they were very strong here.

"I anticipated that [it] would be... It was going to be hot on Sunday. We knew that potentially would be an Achilles' heel for us but, for whatever reason, the cars were working fantastically well this weekend.

"I chose to go a direction this weekend, which we both [Hamilton and Valtteri Bottas] ended up on, and which worked really well.

"I think we just really optimised the car in these conditions this weekend and I was really surprised to be able to follow so closely and then, once I was past Max, I still had tyres left and I could keep going.

"It was strange, because that's not normal, but we'll take it. [I'm] very, very happy with it!"