There was no shortage of drama at the Italian Grand Prix with Lewis Hamilton and Max Verstappen coming together once again. Toto Wolff wasn't willing to assign blame over the incident, but he compared Verstappen's actions to that of a "tactical foul" in football. 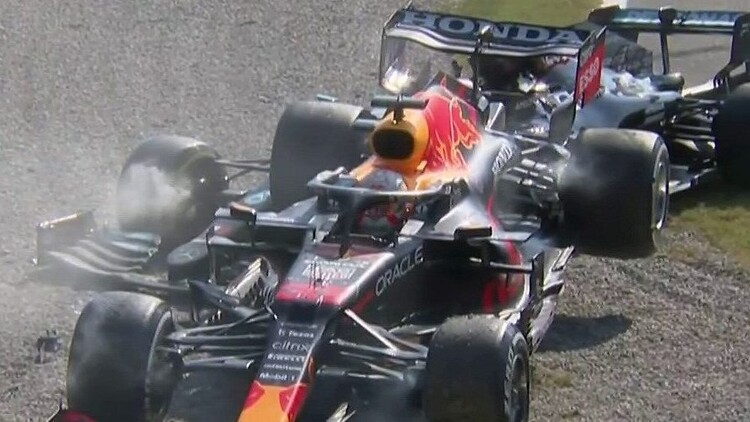 Mercedes Team Principal Toto Wolff believes Max Verstappen committed a "tactical foul" on Lewis Hamilton during the Italian Grand Prix, with the incident resulting in both drivers retiring from the race.

The two championship rivals were fighting wheel-to-wheel heading into the first chicane on Lap 26. With Hamilton coming out of the pit lane, Verstappen tried to go around the outside of the corner, only for the two to come together.

Wolff was in no mood to assign blame over the incident, stating that's down to the stewards, but he believes Verstappen attempted the pass knowing Hamilton would stay ahead if he didn't make it stick.

"The stewards will decide who is to blame," Wolff stated while speaking with Sky Sports.

"I would say it was a tactical foul. He probably knew that if Lewis stays ahead that is the race.

"It doesn't look like he was alongside, and then he went over the sausage kerbing. If you compare it to what Lewis said at Turn 4 on Lap 1, where there was no space left... He was pushed off the track actually.

"I'll let the stewards make the call, I don't want to be a panther like some of my colleagues."

As Wolff touched on, the two nearly came together on the opening lap of the race as well, with Wolff stating that Hamilton backed out to avoid a collision – something Verstappen didn't do later in the race.

"When you look at Turn 4 he backed out, and that was quite a thing because you know that he's staying ahead of you," Wolff added.

"And then the incident where they actually crashed, it was clear for Max there that it would end up in a crash.