Mercedes' Toto Wolff was apologetic about Valtteri Bottas taking out both Red Bulls at the start of the Hungarian Grand Prix. 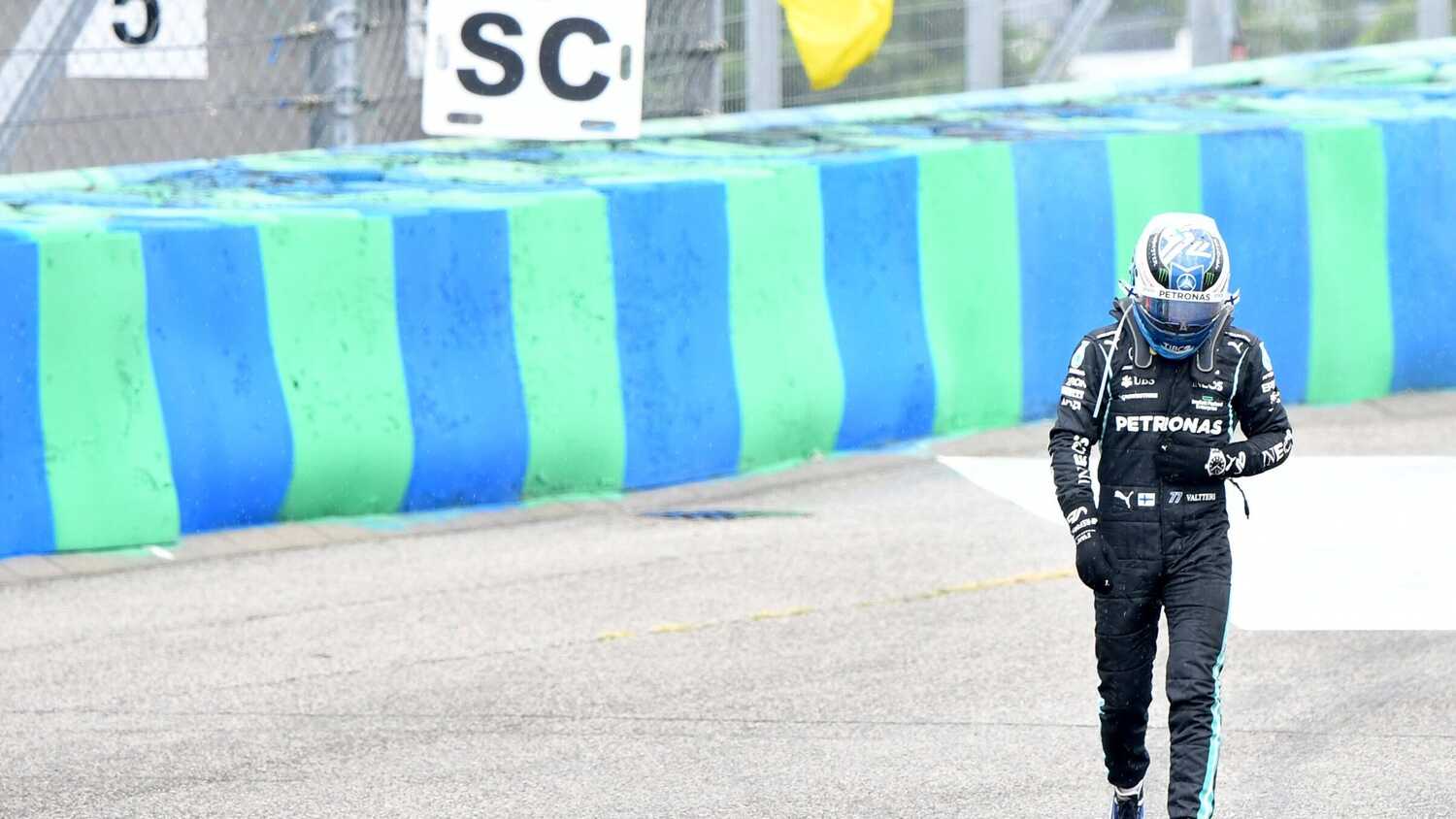 Bottas made an error at Turn 1 after making a bad start from the front row, hitting the back of McLaren's Lando Norris and sending the British driver into both Red Bull cars on the outside. Perez, Bottas and Norris were all eliminated from the race, while Verstappen's car was severely damaged. Wolff didn't attempt to make excuses after the race, saying that Red Bull's frustrations are understandable.

"All I can do is to take it on us. It was a small mistake being too late, too late on the brakes and took out Lando and the two Red Bulls and, you know, it's not how things should go, but in the rain, it can be quite, quite tricky.

"I think he got sandwiched, then the moment they closed, they braked a tiny bit later and then he was too late. It was too late.

"It's a small mistake that caused so much, you know, such a big accident costing them a lot of points and possibly two cars on the podium.

Asked whether he would apologise to Red Bull for the collisions, Wolff opted to do it right there and then.

"I will do it in public like I'm doing it here. I'm sorry for that," he said.

With Hamilton seemingly set for an easy win with his main rivals out of the race, a strategic blunder saw him instead relegated to the back by the end of the second lap. Wolff believes that, given the circumstances, maybe it was only fair that Mercedes didn't capitalise more by winning the race.

"Things happen and at the end of the day, you know how it is with karma.