Williams: Russell was right to go for the overtake 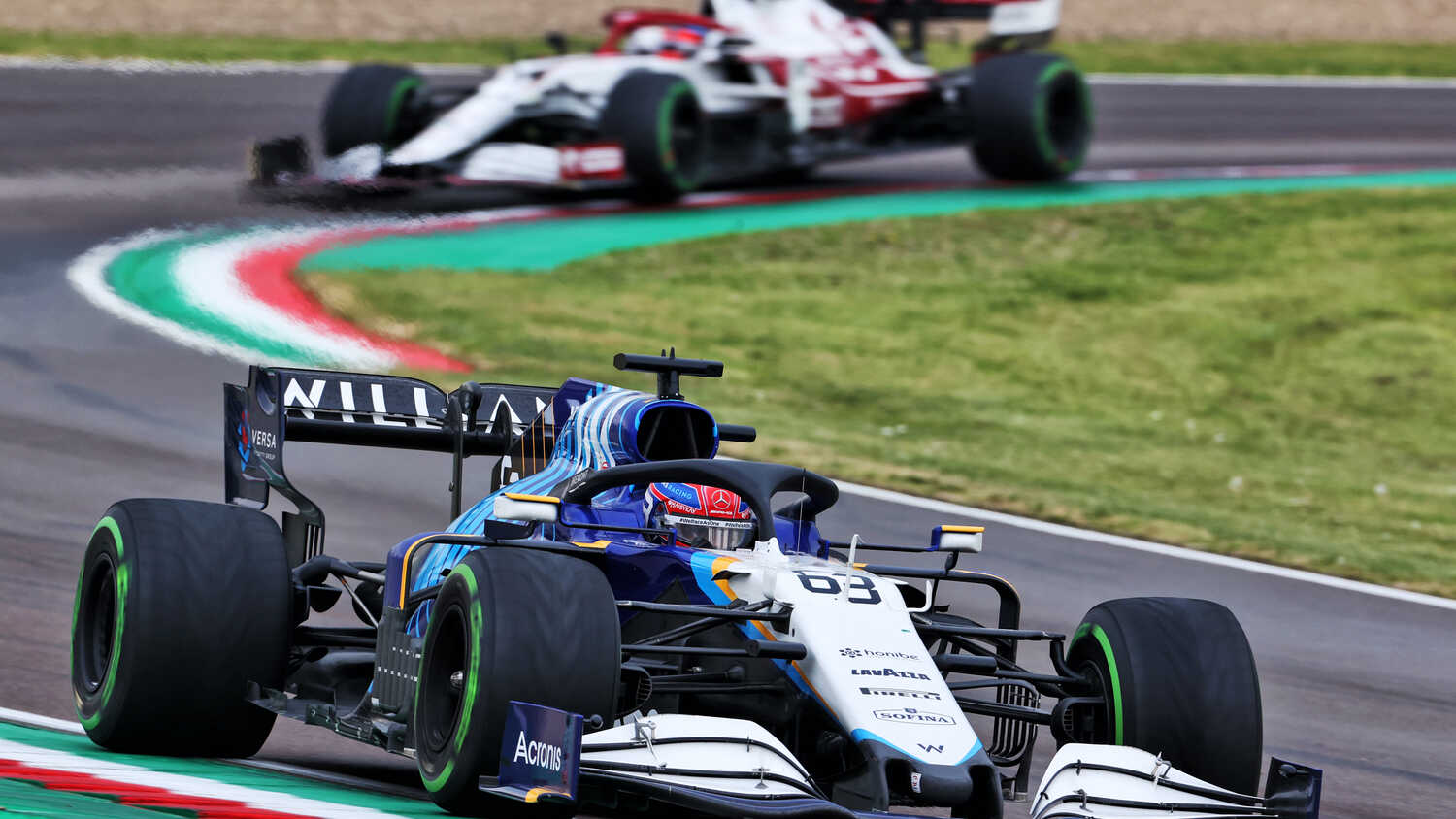 Williams' Dave Robson has defended Russell's decision to attack the Mercedes of Valtteri Bottas, which ultimately ended in the pair colliding and forcing the race to be stopped.

Russell's attempt to pass the usually much quicker Mercedes led to Toto Wolff saying that the British driver had 'a lot to learn', and needed to 'consider the global perspective', rather than attacking the Mercedes in wet conditions.

But Robson, Chief Engineer with Williams, believes Russell was perfectly within his rights to take the opportunity to attack the Mercedes.

"George had a really good chance to get past him," Robson said.

"And he took it, rightly so. Then, I think he just touched the white line, I think, which in those conditions was still a bit slippery and, at that car speed, unfortunately, it resulted in a spin and into Valtteri's car.

"I think the tyres, we had the slicks a couple of laps longer than Valtteri, so I think we had them in a good window. Grip was good. More tha Valtteri had, I think, and we had a good straight, high speed and DRS just been activated."