Will Verstappen follow Hamilton in taking a grid penalty?

Christian Horner has spoken about Red Bull and Honda's engine plans for the remainder of the 2021 season. 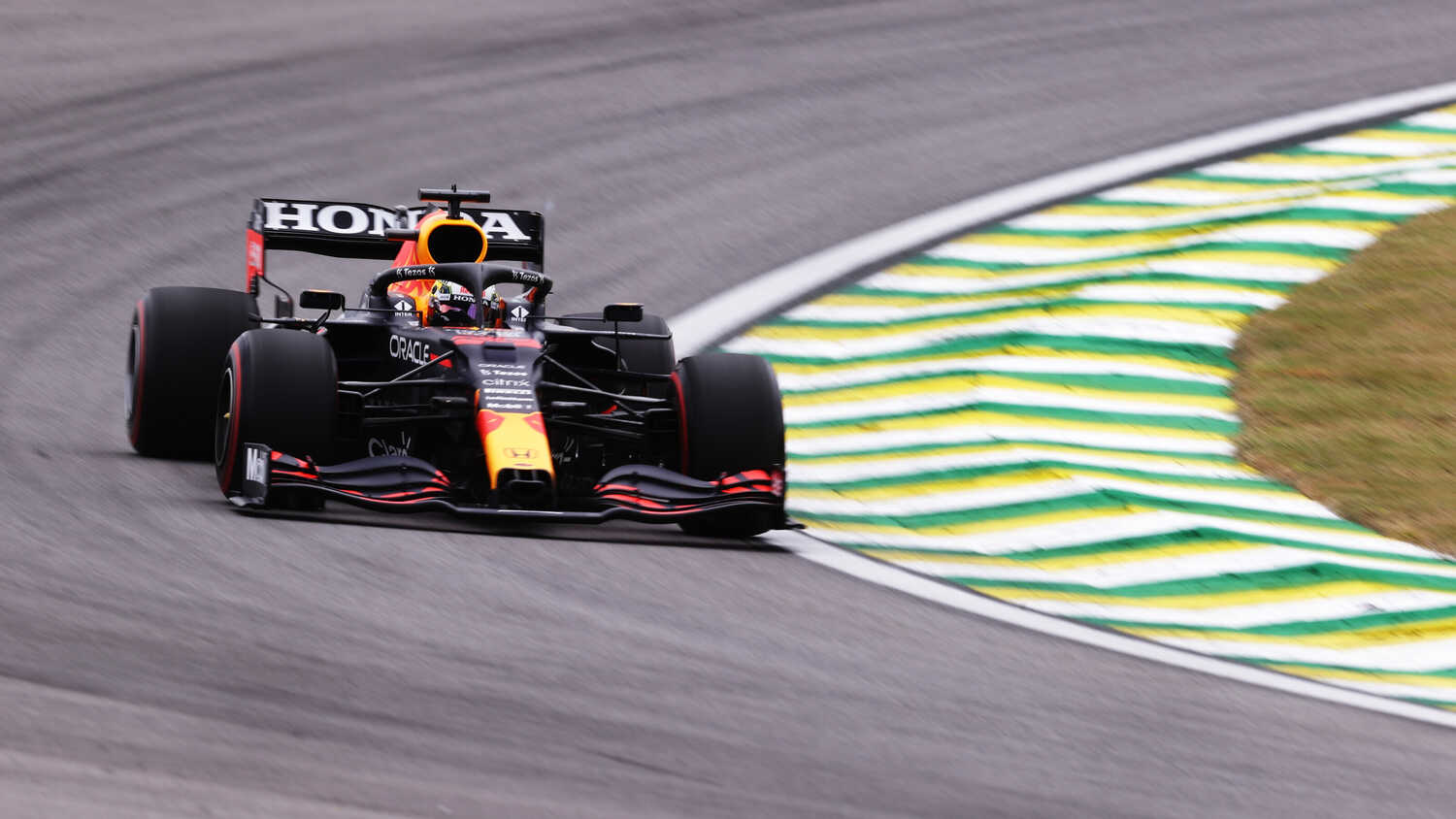 Red Bull team boss Christian Horner has rejected suggestions that Max Verstappen could respond to Lewis Hamilton's engine-related penalty at the Brazilian Grand Prix by taking a grid drop of his own.

After plenty of speculation, confirmation arrived ahead of first practice at Interlagos that Hamilton has moved on to his fifth Internal Combustion Engine (ICE) of the season, triggering a five-place grid penalty.

Given that Hamilton is compromised, it was put to Horner during an interview with Sky Sports that this could be an opportune moment for Verstappen to also take on a fresh ICE, with four races remaining.

Red Bull in "good shape" with their engines

In response, Horner stated that all the signs are pointing towards Verstappen completing the season with his current engine pool.

"All things being normal, we expect to get to the end of the year with the combustion engines that we have," Horner told Sky Sports.

"The three are still all in use, from the beginning of the year. We obviously lost one following the crash at Silverstone, but with the penalty we took in Sochi, that got us back into good shape.

"Bar abnormal circumstances, we would expect to get to the end of the year."

Verstappen leads Hamilton by 19 points in the Drivers' Championship.