A new engine means Carlos Sainz will start from the back of the grid in Turkey, but he isn't too disappointed by the news. 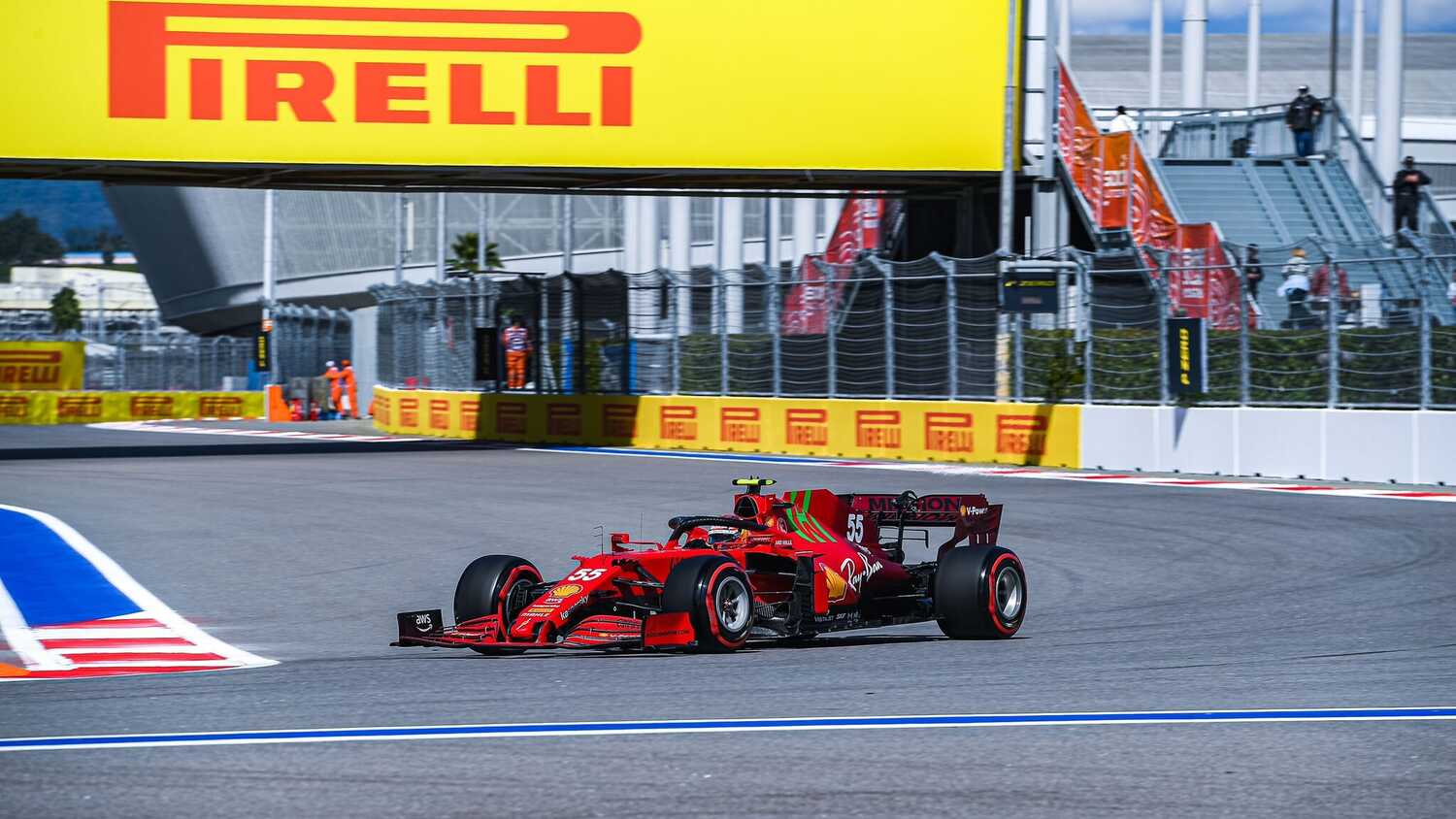 Starting the Turkish Grand Prix from the back of the grid hasn't dampened Carlos Sainz's outlook for the weekend. In fact, the Ferrari driver says he's "excited" at the prospect.

After Charles Leclerc's car was fitted with an engine that features Ferrari's new hybrid system in Russia, it's now the Spaniard's turn to try out the new component.

While the switch should help in terms of performance, it means Sainz will have to start from the back of the grid in Turkey. Nevertheless, Sainz is ready to face the challenge head-on, noting he can't finish any worse than his starting position.

"It actually doesn't feel that bad," Sainz told RacingNews365.com and other members of the media.

"You're going into weekend with a new PU that is hopefully bringing a bit of performance and a bit of development to the team, so I cannot be disappointed with that.

"Obviously, you pay the price of having to start last, but I have a pretty good record of starting last and coming through the field over these last few years.

"I'm kind of excited because your focus is mainly on preparing for the race, making sure that the car is well set up for the different compounds and the different conditions that we have in the race with high fuel etc.

"It's actually OK to have a different weekend now and then and a different approach. I find it exciting and with nothing to lose. You're going into the weekend... you can't finish worse than last, and I'm starting last, so there's nothing to lose and you can risk it even more."

Whether Sainz's new engine helps in terms of overtaking remains to be seen. Sainz, who started last year's race at Istanbul Park in P15 before finishing fifth, believes track conditions will play a huge factor in whether a repeat is possible.

"Last year it was low grip and it was particularly difficult to follow on the Intermediates, just because there was no grip. All the grip that you had was from the aero, and when you were behind another car it was really difficult to stay close," Sainz added.

"In the past, it's proven to be a track where in normal conditions overtaking is possible, but I think it's going to depend completely on the conditions and how the tarmac is behaving this year."