Why Russell had a 'strange feeling' on Mercedes test return

George Russell has already been getting to work as a Mercedes F1 driver, having taken part in the post-season Abu Dhabi test with his new team. 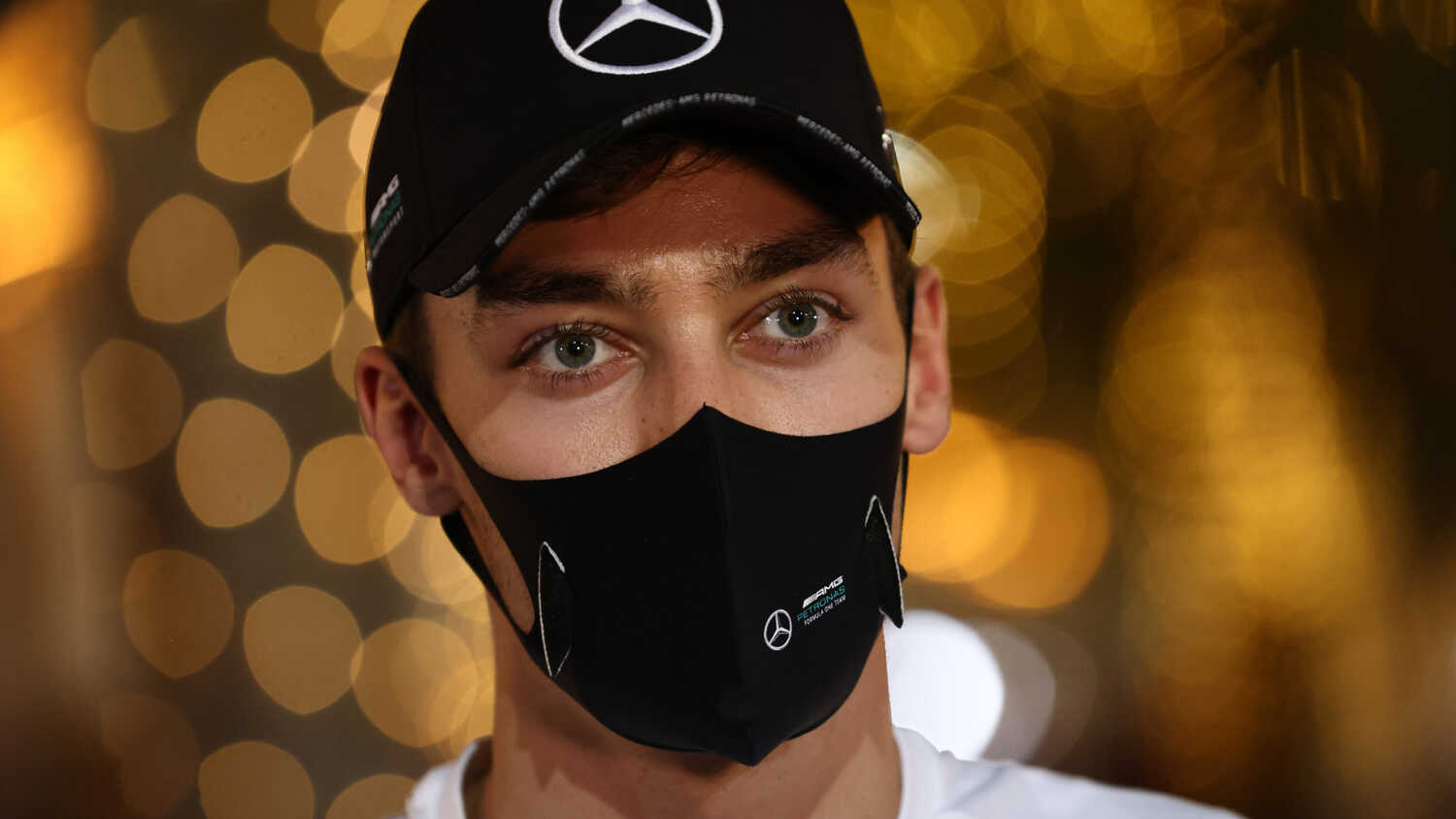 George Russell admits it felt "strange" to drive for Mercedes in the Abu Dhabi post-season test, given that it was his first outing as a full-time driver for the team.

The Briton has previously tested for the Silver Arrows on more than one occasion, having joined their junior driver programme in 2017 as well as acting as a reserve driver in 2018, and he also stepped up to the main squad at the 2020 Sakhir Grand Prix, where he substituted for Lewis Hamilton.

This particular test, though, marked Russell's debut as an official Mercedes driver ahead of the 2022 season, and the former Williams man enjoyed having the opportunity to drive with the new 18-inch Pirelli tyres.

"It's a strange feeling because I've tested with the team numerous times after races, end-of-season and now here we are again, but obviously it's my first time as an official driver for the team," Russell said.

"It was really great to be back with the guys and learning about these new tyres. It's obviously always a pleasant experience driving a World Championship-winning car, the 2019 Mercedes, and with these 18-inch Pirellis, which seemed to react pretty positively so yes - it was nice."

Regarding how it felt to drive the Mercedes, Russell added: "It's a good car, it's definitely a very good car.

"Even though it's modified, it gives you confidence and it's a real joy to drive. You can put it on the limit, you've got confidence in it and it's something I've struggled with a little bit in the past season.

There was just one issue for Russell, as he explained: "I'm a bit battered and bruised to be honest - it's pretty damn tight in that car, but next year will be much better.

"I'll have a bit more room to breathe, so [I'm] looking forward to that. But suck it up, get on with it, and I've got all of Christmas to recover!"

An "unfortunate" end to Williams career

Russell made his last appearance for Williams at the season-closing Abu Dhabi Grand Prix just days before joining Mercedes for the test.

However, with his race ending in a DNF, he admits that it was not the way he wanted to conclude his time at the Grove-based squad.

"I think it was very unfortunate; we had something fly into the airbox above my helmet which caused the engine to overheat and ultimately I had to retire," Russell explained.

"Nothing anybody could do about that, but nevertheless with both Alfa [Romeos] retiring we're still P8 in the Constructors' Championship, so on the whole, as a season, it's been pretty spectacular."