Why Portugal exposed a weakness in Hamilton's approach

It's hard to find cracks in Lewis Hamilton this season as the Mercedes driver heads into the Spanish Grand Prix as the championship leader. However Jolyon Palmer has noticed a trend when it comes to the Brit and safety car restarts. 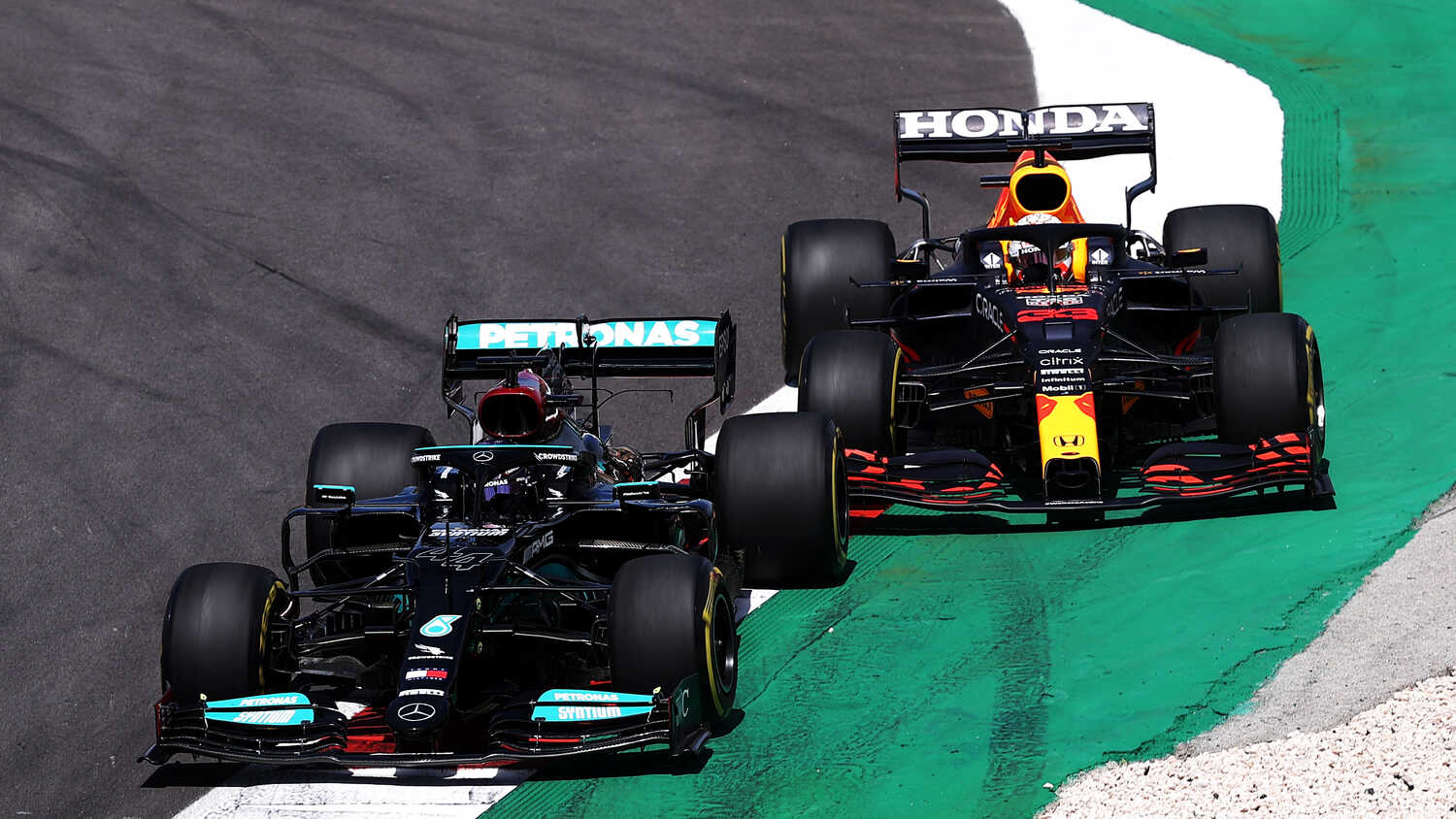 Lewis Hamilton sits atop the F1 drivers' standings after three races, however Jolyon Palmer has noted the Brit has shown he isn't invincible when it comes to safety car restarts.

After coming up second best in Italy, the Brit responded with a vintage performance in Portugal to take his 97th career victory and second of the season. It means he heads into this weekend's Spanish Grand Prix with an eight point lead over Max Verstappen.

Hamilton's win in Portimao came after slipping to third following the safety car restart, with Palmer noting the Brit got caught looking in his mirrors which is something you don't need to do.

"He [Hamilton] checked his mirrors at the worst possible second and it delayed his reaction slightly – he said he was kicking himself for this rare mistake at the time, as it allowed Verstappen an easy jump on him," Palmer wrote in his article for Formula1.com.

"Checking the mirrors at a Safety Car restart is also something you don’t need to do, particularly in the critical moments, as he will have known Verstappen would be there and super close, you don’t need to check."

Palmer also noted it isn't the first time Hamilton has been caught out after a safety car restart, as Yuki Tsunoda found his way past the Mercedes driver in Italy as well.

"Interestingly Hamilton was one of the only drivers passed at the restart in Imola as well, when Yuki Tsunoda overtook him on the inside at Tamburello, before spinning off moments later, so it is the second race in succession he has lost a place on the restart," Palmer added.

"The rest of the race showed that Hamilton is driving at the top of his game as he more than made up for this lapse, but for now he’ll be focused on making sure there’s no repeat of the Portimao restart, because on another day it might have been more costly."