Why Mazepin wanted Haas to give him a new car

Haas' Nikita Mazepin finally got his hands on a new chassis for the second half of the season, and the Russian rookie has explained the struggles he had with the old one to start the year. 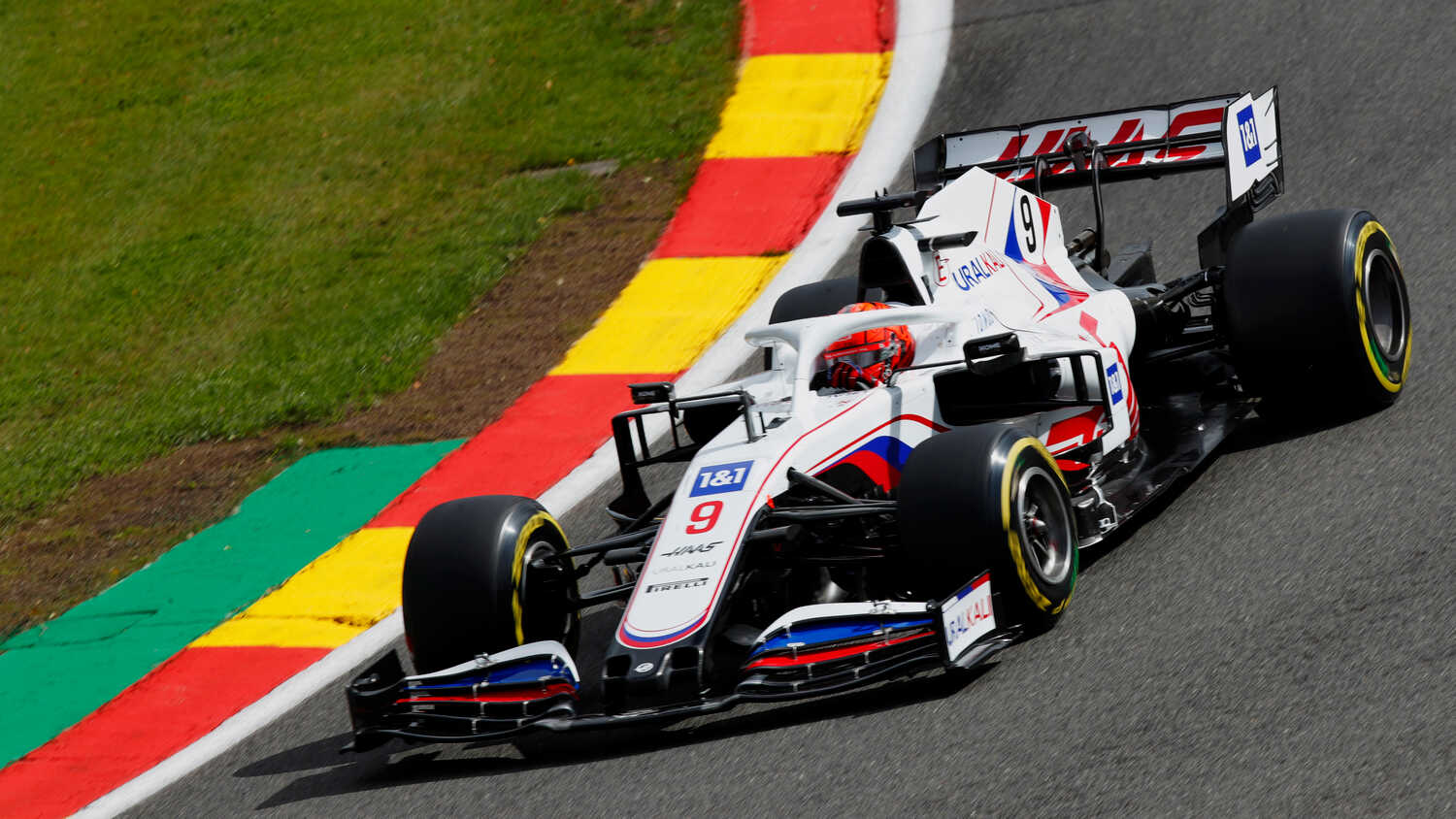 Haas driver Nikita Mazepin has outlined why he wanted to be given a new chassis by his team this year, after struggling for pace and performance in the opening half of the season.

The Russian rookie has been eclipsed by fellow rookie teammate Mick Schumacher consistently throughout the first half of the year, and picked up the nickname 'Mazespin' due to the number of times he lost control of his car. But whispers of a fundamental difference between the two Haas chassis gathered pace as the summer break approached, with the team confirming that they weren't identical.

Mazepin explained the situation from his perspective on the latest Beyond the Grid podcast, saying that Romain Grosjean's horrific crash in Bahrain last year actually caused a hangover for the team into 2021.

"Obviously F1 teams, to save costs, they bring only one chassis to a test," he explained.

"Because of the horrible incident that happened to Romain [Grosjean] last year in Bahrain, they would have carried over two old chassis but, because of what happened, one chassis was burned.

"Kevin's [Magnussen] chassis was going ahead, the new chassis had to be ordered because they didn't have a car for the second driver. We tested the same chassis in Bahrain testing, my teammate and I, which felt very normal.

"But ever since I've received the old chassis from the year before, from FP1 in Bahrain, it didn't feel normal.

"There's no scientific proof of it but it didn't feel normal to me. I really couldn't drive it, the car just snapped at various times. It was very, very difficult to catch it, there was no confidence in it."

Mazepin finally got a chance to swap chassis with Schumacher at the Monaco Grand Prix, before the team introduced another chassis, again an older one from 2020. While heavier, Mazepin preferred the feeling of it and enjoyed the increased stability.

"I got in a sequence of very difficult races where we need time to figure it out and, eventually, we swapped chassis for the first time in Monaco," he said.

"I think it was visible that my old chassis isn't as good as everybody thought, apart from me. We've taken that chassis away, we had the third chassis, which was obviously quite a lot heavier, but I preferred running it because the feeling of it was fine, apart from the physical reasons why it's just slower for a certain amount of time over a lap."

Mazepin finally got his hands on a brand-new chassis after the summer break, with Haas providing it for the resumption of the season in Belgium.

He explained that there's only a slight weight difference between the new chassis and the one he was driving immediately prior to the break, meaning it doesn't translate to a huge step up in performance.

"It doesn't because, ever since Monaco, I've used the heavier chassis, which felt completely normal, but just was heavy," he said.

"The new chassis doesn't feel any different but it's just quicker, because it's lighter. The setup didn't change, nothing changed. I'm really struggling to explain the reasons why it felt like that.

"I've been driving for the biggest part of my life, and you know where the instincts come from, sometimes it feels right, and sometimes it doesn't, and then it just didn't."