Ferrari's Charles Leclerc and Carlos Sainz were thrilled to have worked well together as a team when they swapped positions during the Mexico City Grand Prix. 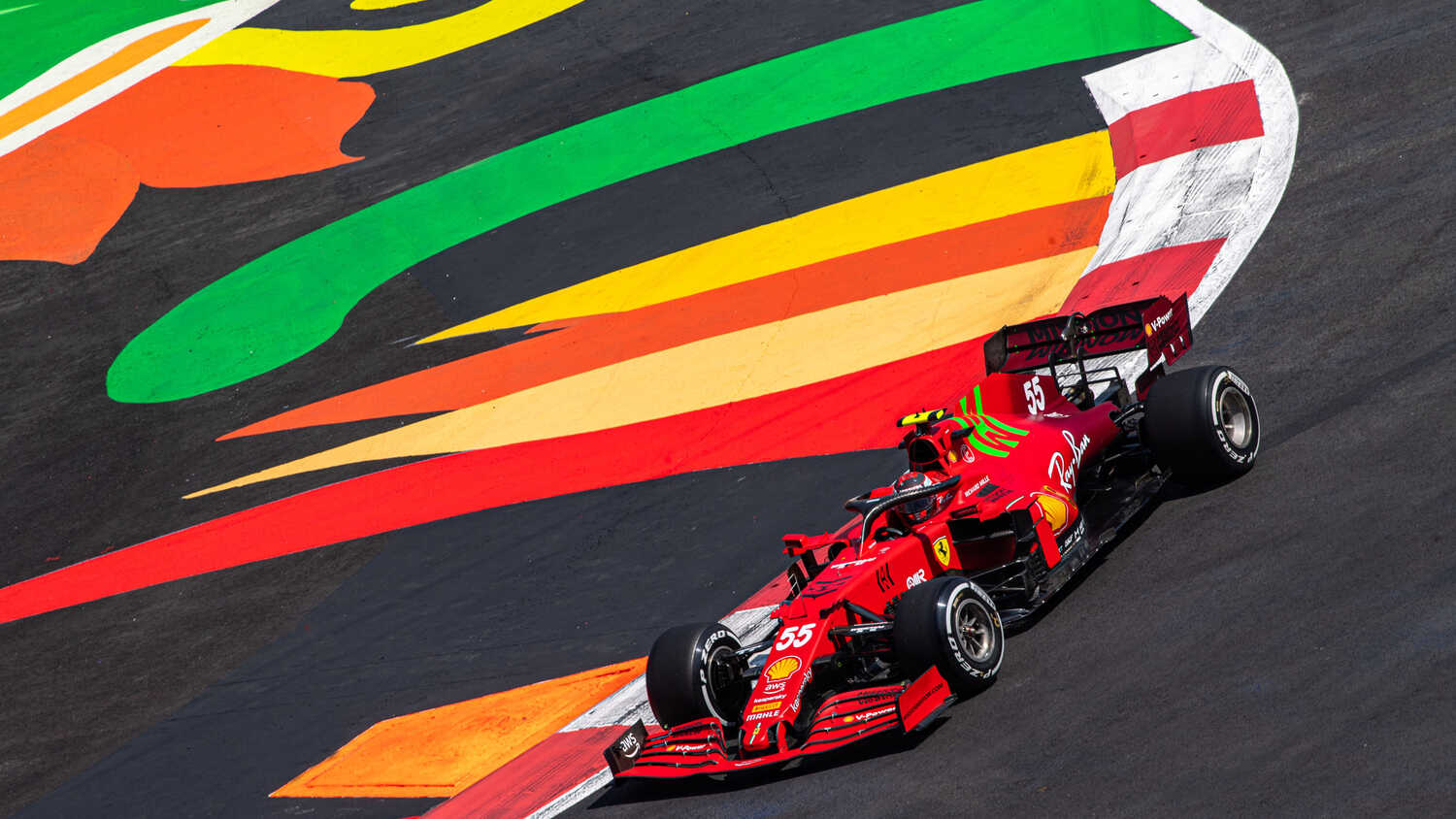 Ferrari drivers Charles Leclerc and Carlos Sainz were pleased to have worked cohesively as a team in the Mexico City Grand Prix, as the drivers swapped places in the closing stages of the race in an attempt to better their finishing positions.

Leclerc finished fifth, ahead of Sainz in sixth, with the Ferraris beaten to fourth place by AlphaTauri's Pierre Gasly. It was during their quest to catch Gasly that the pair swapped places, with Leclerc ceding position to Sainz to allow the Spaniard to pursue the AlphaTauri.

Ferrari had split their strategies with their two drivers, with Leclerc pitting on Lap 30 to force Gasly to follow suit a lap later to cover the undercut. With Sainz released, he stayed out on track until Lap 42 and then came back at Leclerc and Gasly on his much fresher tyres.

It was when Sainz caught Leclerc that Ferrari instructed the Monegasque to move aside for him, which he did. When Sainz failed to catch Gasly by the end, he relinquished fifth place back to his teammate.

"Obviously, I went onto the Hard tyre much later with a fresher Hard," Sainz explained to media, including RacingNews365.com.

"I started catching Charles back up and he let me by to go and catch Gasly. There was the other possibility that we could have actually fought for position, but fighting for position would have made us lose a lot of lap time for both of us.

"The target was to give myself a chance to go and catch Gasly, so Charles let me by to go and try and catch Gasly. I fell short and then I gave back the position to Charles. I think we've seen this in many other teams.

"What is important is that we get confident as a team to do it and respect the team orders. As a team, we executed it nicely."

Leclerc, while cooperative in letting his teammate past, wasn't able to jump out of the way the instant he got the radio call. This was because he was in the process of lapping backmarkers, and Sainz admitted that he could have gained an extra two or three seconds extra on Gasly had Leclerc not held him up briefly.

"Obviously, right when I caught Charles, he's also lapping a Williams and an Alpine, and the situation got a bit tricky, a bit messy," he said.

"He's been told to let me by but, at the same time, he's trying to clear the blue flags.

"I'm not gonna lie, I lost two or three seconds of race time there that, as a team, we need to see how we can do to maybe improve it in the next time, but it is very tricky.

"Position swaps are probably the most tricky bit in Formula 1 and, this time, we got it fairly right. Yes, I lost a bit of time there, but we will try to see what we could have done differently and learn for the next one."

With Leclerc pitting before half distance, on Lap 30, in order to force Gasly to stop, he explained that this was always going to compromise his pace towards the end of the race.

Having qualified ahead of Sainz, Leclerc said the expectation was that their roles would have been reversed, but the melee at the start ended up turning that on its head.

"It was actually a scenario that we had already discussed before the race and so it was all clear," he said.

"But anyway, personally, I knew that stopping that early would compromise my race quite a bit because it will have been very difficult to go to the end with this Hard compound.

"But that was the only chance for us as a team to try and challenge Gasly because, if we were pitting, that would push Pierre to box too and Carlos to be able to build a tyre advantage to overtake him at the end, so we gave it a shot but we didn't manage it at the end."