Lewis Hamilton failed to score points at the Azerbaijan GP after an issue with the brake magic button on his Mercedes. However, his brakes were also smoking while waiting for the lights to turn green at the restart. The two issues are unrelated according to technology director Mike Elliott. 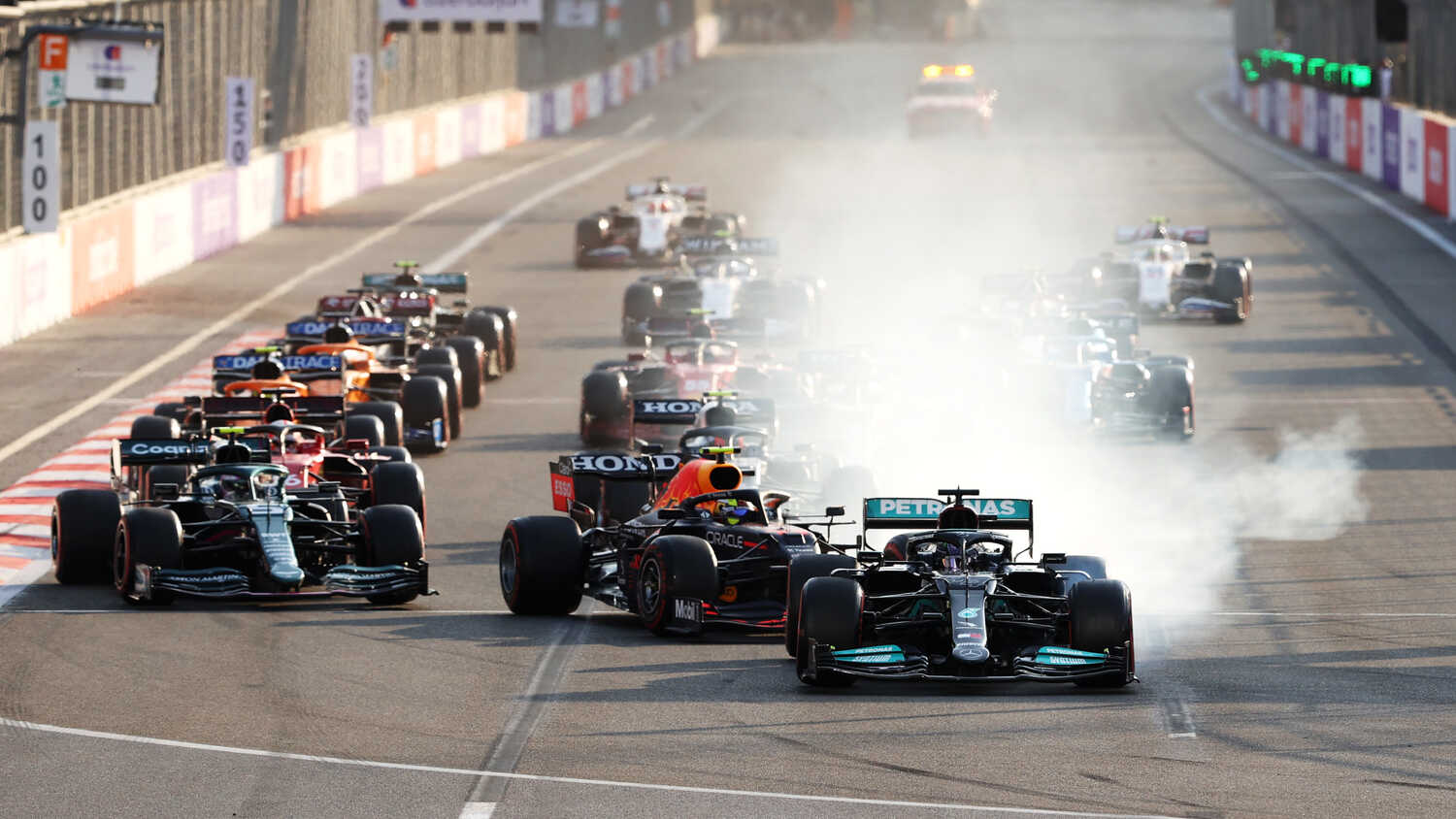 While Lewis Hamilton's chances of retaking the lead in the F1 Drivers' Championship were dashed heading into Turn 1 of the Azerbaijan GP restart, the issue was separate from the one that saw his brakes giving off smoke while waiting for the lights to turn green.

It was a day to forget for the reigning world champion in Baku. Rival Max Verstappen crashed while leading the race with just laps remaining, opening the door for the Mercedes driver to complete the closing stages and take back the championship lead. However in the end Hamilton locked up heading into Turn 1 due to problems with his brake magic, though technology director Mike Elliott revealed the issue wasn't impacted by the smoke that came off his brakes while waiting for the race to resume.

"On the rears, it is relatively easy, the drivers spin the wheels up and therefore they put surface temperature in that way. On the fronts, the driver will weave, or he will put heat in it from the brakes. So, Lewis was trying to maximise the heat he was pushing into the rim from the brakes and that caused them to get hot enough that they smoked.

"It is not an issue at all because as soon as the car gets going and the air flow starts coming through the brake ducts the brakes will then cool down again and that’s completely fine. And so that wasn’t the issues that Lewis then had at the first corner, it is completely something different.”

As for the brake magic issue, Elliott revealed that teams are unable to communicate with their drivers at the restart. While Hamilton had done all the things he needed to do, he unfortunately clipped the button that ultimately sent him off track at Turn 1.

“At the start, at the beginning of the race we are not actually allowed to talk to the drivers," Elliott added. "So, we can’t talk them through the settings they need to change. So, as a result of that we try and simplify things as much as we possibly can.

"So, one of the buttons we’ve got, it’s called ‘brake magic’, to be honest, I don’t know why we call it ‘brake magic’, is a button that the drivers can press and that allows them to get heat into the brakes. One of the big things it does is it moves the brake balance, so the proportion of the front brake energy to the rear brake energy all the way as far forward as we can get it and that allows us to put heat into the front brakes and therefore heat into the rims and into the tyres.

"He made a fantastic start, he got himself up alongside Perez and as he and Perez were sort of shuffling position Lewis swerved and in the process of swerving he just clipped the magic button and unfortunately he didn’t feel he had done it. So, he had completely no awareness he was going to have a problem."