Why Hamilton is proud of F1's next generation

Lewis Hamilton isn't the only F1 driver using his voice to push for change, and it seems to be rubbing off on some of the younger members of the grid. 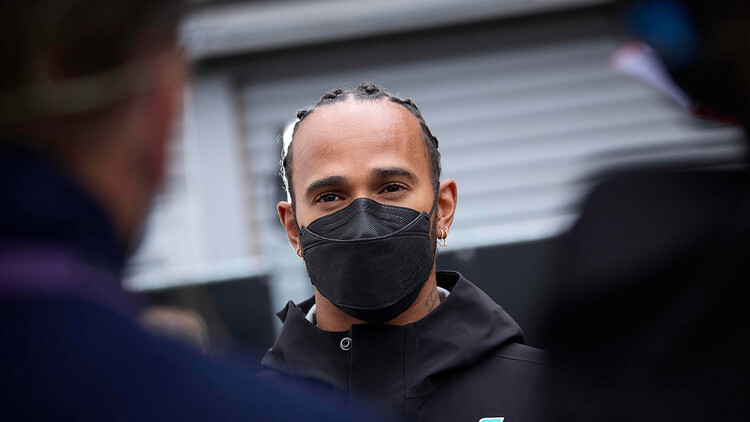 Lewis Hamilton is pleased to see that F1's next generation of stars are making an effort to be more invested and more understanding when it comes to social issues.

The Mercedes driver hasn't been shy when it comes to using his voice to push for change. Hamilton and Mercedes recently announced the launch of 'Ignite', a joint initiative aimed at achieving greater diversity and inclusion within motorsport.

He isn't the only veteran on the grid speaking up on issues. Sebastian Vettel continues to raise awareness on climate change and the rights for the LGBTQ+ community.

Hamilton says that while drivers may have been hesitant to speak up on matters in the past, that is no longer the case based on his interactions with F1's next generation.

"From my experience as a driver, there's definitely the experience of, 'My team won't want me to say that', or, 'I can't be outspoken because the team won't like that', or, 'The sponsors won't like that'," Hamilton told Sky Sports. "I hope that breaking some of these invisible rules that are there has shown the others that they can do those things.

"I don't mind being the one to break them, and it's great to see Seb really coming out on his own. As two of the older drivers, I hope that does encourage some of the younger drivers.

"I'm speaking with Mick [Schumacher], who is such a lovely lad and he's saying things like, 'I don't know everything, is there any way you can educate me?' And [it's the] same with Lando [Norris].

"I'm really proud of this next generation coming along, but we can still encourage them to be more invested and more understanding."

Hamilton added that although young drivers are focused on winning, that doesn't always have to be the case.

He added: "When you're young, all you're thinking about is winning – you don't have time for a lot of these other things. Well, you think you don't, but you actually do. And that's what we've got to get across."