Which drivers have got grid penalties for the Russian GP?

Five drivers have been awarded a grid penalty for the Russian Grand Prix which has the potential to be a thriller. 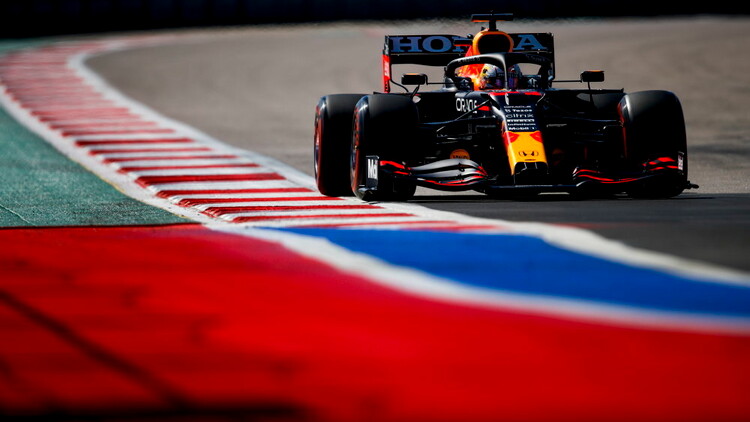 A quarter of the field have been hit with grid penalties for the Russian Grand Prix, including Max Verstappen and Valtteri Bottas, who will both be looking to quickly move up the order.

A limit of just three engines for the 22-race schedule has given the teams a headache, which is why there have been an increasing number of grid penalties recently, a trend that is likely to continue at the remaining events.

Here's a look at how grid penalties in Formula 1 work.

It was a small surprise to see Valtteri Bottas take on another new power unit ahead of the race, meaning he will use his fifth Internal Combustion Engine, Turbocharger and MGU-H this afternoon.

Bottas started from the back last time out at Monza to finish on the podium and will be looking to replicate that result in Sochi.

Mercedes may have had Max Verstappen on their mind too, which was a contributing factor for Bottas' new engine.

Alfa Romeo have decided to change Antonio Giovinazzi's gearbox, which triggered a five-grid place penalty. Ironically, he will actually start higher than where he qualified.

Giovinazzi struggled in the damp conditions and could only qualify in 18th, but bigger grid penalties for other drivers means he will start one place ahead of his qualifying result.

Ferrari have been open about their upgraded engine since the summer break. Charles Leclerc is running the new power unit which took him over the limit of three engines per season.

Look out for Leclerc's straight-line speed today to see whether Ferrari have made major strides in this area, which has been their Achilles heal since the start of last year.

Williams decided to change Nicholas Latifi's engine on Saturday which is why he didn't participate in Q2. Latifi has been in good form recently but a top 10 finish will be a big ask today.

Verstappen could lose the lead in the Drivers' Championship after Red Bull chose very early on in the weekend to use a fourth power unit, which should see the Dutchman go penalty-free in terms of engine penalties for the rest of the season.

In 2018, Verstappen came from the back to finish in fifth and even led some laps due to his offset strategy. A top-five would be a strong result given that the field is significantly more competitive compared to three years ago.