When Button raced with a broken hand at the Japanese GP

The former Formula 1 World Champion has revealed he drove with a broken hand at the 2013 Japanese Grand Prix. 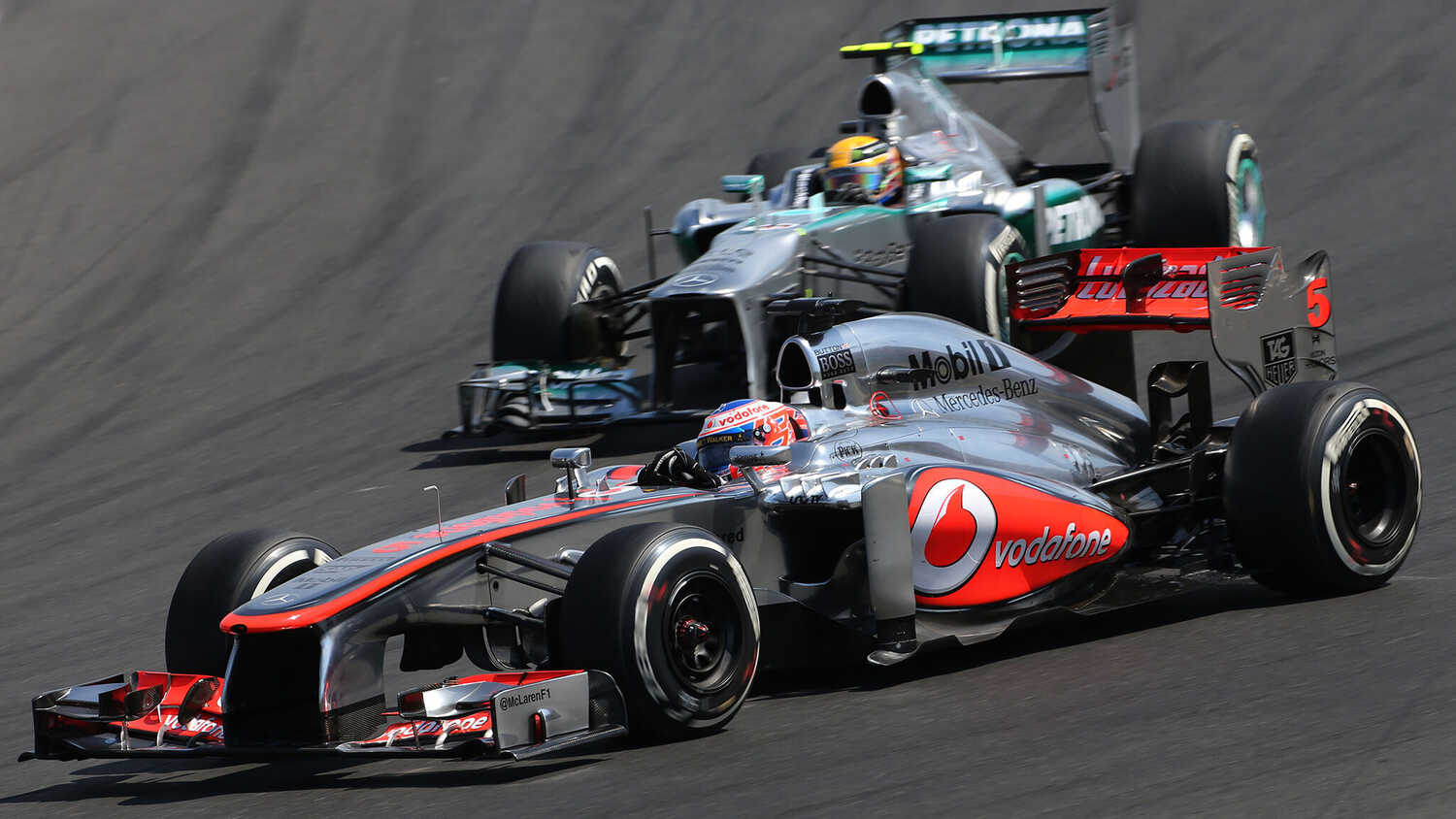 Jenson Button has revealed he raced at the 2013 Japanese Grand Prix with a broken hand after punching a drum at a bar.

Button, who was driving for McLaren at the time, says his father John Button was always supportive, in a calm manner, but was very angry when he found out his son broke his hand.

"The only time my dad got angry with me was in 2013," said Button on the High Performance Podcast. "I broke my hand, which not many people know, punching a drum in a shot bar in Tokyo.

"We flew from Korea, which was always an interesting weekend, to Japan with a lot of the drivers together. 12 of us in total went to the shot bar.

"It was a weekend before the Japanese Grand Prix so we all went out for a few drinks. To get everyone a round in the bar you hit this drum with a drumstick and the drumstick was missing.

"So I punched the drum, which was fine, because it moved out the way and then Felipe Massa grabbed hold of the drum and said, 'Punch it again'. And I did and went over on my left knuckle because I didn't know what I was doing and I broke my hand.

"David Coulthard was there and he looked at me and went, 'You've broken it haven't you' and he knew immediately and I was like, 'Yeah'.

"They got me ice and went to the doctors the next day and I'd broken my hand. They said you've got to strap it up and put a cast on it.

Button outqualified teammate Sergio Perez and managed to finish in ninth at Suzuka despite his broken hand. The former World Champion says McLaren wanted to put Kevin Magnussen in the car but he was eager to race so the move did not take place.

"I eventually raced in Japan but the team wanted to swap me out and put the young gun in, which was was Kevin," continued Button. "They wanted to put him in the car so they could compare him and check to see who would be in the car the next year.

"I said, 'I'm not getting out the car'. So I drove and basically had to strap my hand to the steering wheel to drive.

"That's the only time my dad got angry me, when I told him I broke my hand. He said a really bad word to me and he was really angry. It's the only time in my racing career he's been angry with me, just because of my stupidity."