What we learned from Thursday practice for the F1 Monaco GP

The first day of action from the F1 Monaco GP is over, with plenty to go through from the streets of Monte Carlo. What have we learned from the first two practice sessions? 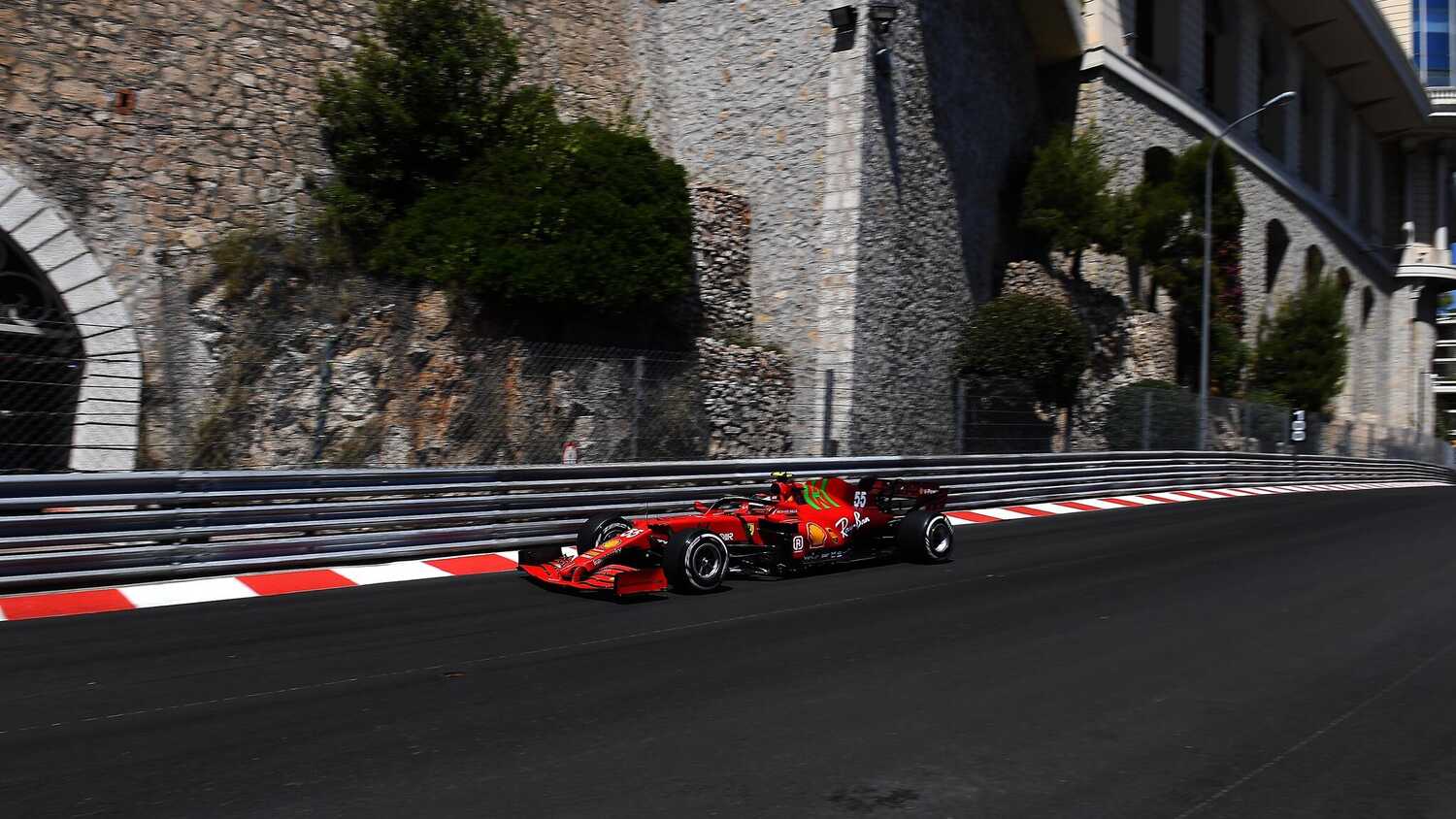 The first day of practice for the Monaco GP has ended with a surprise team taking all the headlines, as Ferrari finished one-two in FP2 thanks to a stellar display from Charles Leclerc and Carlos Sainz.

The Scuderia's pace carried over from the morning when the Spaniard finished with the second fastest time just behind Red Bull's Sergio Perez, though Leclerc was limited to just four laps due to a gearbox problem.

As for championship rivals Lewis Hamilton and Max Verstappen, the duo weren't the drivers to look out for for the first time in quite awhile. The two finished third and fourth respectively in FP2, with Mercedes and Red Bull ready to take advantage of the off-day on Friday to analyse all the data.

Let's run through what we learned from Thursday's track action.

Are Ferrari the team to beat in Monaco?

If Thursday's action is anything to go by, then the answer certainly seems to be yes. Ferrari flipped the script on F1 fans, as Mercedes and Red Bull are usually the teams to beat during each and every session.

Instead it was the Scuderia who sent out a warning shot as Leclerc finished with the fastest time of 1:11.684, which was 0.112s clear of teammate Sainz. It was all the more impressive considering that the Monegasque driver was limited to just four laps in the morning due to a gearbox issue.

"I am happy and I feel really good in the car, even though I was only able to complete four laps in FP1," Leclerc told Sky Sport Italia. "I put in a good lap time and I think there is still room for improvement, however I think that goes for our rivals as well.

"A hard day of work awaits us on Friday. We still can't be optimistic, as it all seems too good to be true. It's too early to know what our real pace is, but we'll see on Saturday."

While it remains to be seen how much fuel both cars were running, the fact that Ferrari finished with the fastest times in all three sectors (Sainz in Sector 1 and 3, Leclerc in Sector 2) means the Italian team have pace.

It will be interesting to see how Mercedes and Red Bull respond, as both teams tend to find some speed between practice and qualifying. Add in that both teams will have a day in-between sessions due to Monaco's unusual schedule, and you would expect the two championship challengers to respond on Saturday.

Nevertheless neither team is ruling out Ferrari this weekend, with Mercedes trackside engineering director Andrew Shovlin summing things up after Thursday's practice.

"This season we've learnt to expect Max's company in the battle at the front but it was a surprise to us to see both Ferraris looking so strong; you don't need to scrutinise the timesheets for long to see that their pace is genuine - they could be real contenders for the win," Shovlin stated. 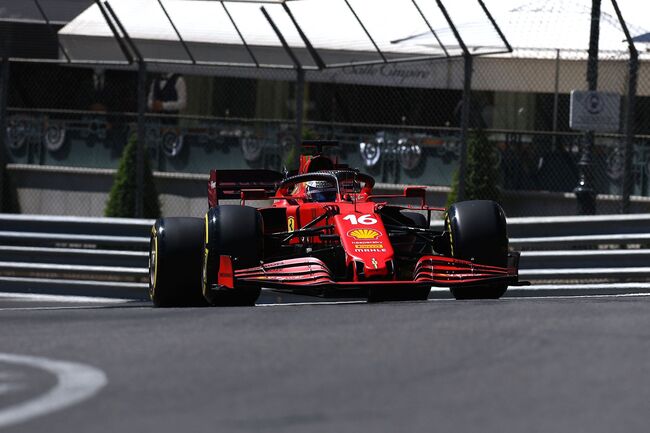 Ferrari could pose a problem for Mercedes and Red Bull

While it remains to be seen whether Ferrari will replicate their pace on Saturday, their form could pose a problem for the likes of Red Bull and Mercedes.

Both teams looked evenly matched on Thursday. The gap between Hamilton and Verstappen at the end of FP2 stood at just 0.007s, while Bottas was just a tenth behind. Sergio Perez failed to get in the mix and could only set the eighth fastest time in FP2, however he did finish atop the time sheet in FP1.

Verstappen wasn't pleased with how things went, making it clear that Red Bull have to find some pace come Saturday.

"We're too slow so, not just a little bit, I think quite a bit," Verstappen told Sky Sports F1. "So we need to really find some pace because everyone has traffic so you have to look a bit more to optimum lap times. So optimum sectors and we are quite off so, and it also didn't feel great to drive."

You would expect both Red Bull and Mercedes to claw back on Saturday, but even then, the introduction of a third team in the mix could have big ramifications.

Qualifying at Monaco is notoriously important, as 12 of the last 19 races have been won by the pole sitter. In fact, only 10 times has the race been won by a driver starting lower than third. What that means is grid position will be extremely important come Sunday.

Whoever has the advantage between Mercedes and Red Bull could score some big points on their rival, especially if Ferrari find themselves with one or both cars in the mix.

Days to forget for Ricciardo, Alonso

After looking like he had turned things around in Spain, Daniel Ricciardo had a day to forget despite the sharp looking livery McLaren are running this weekend in Monaco.

The Australian was well off the pace in FP2, finishing close to a second behind teammate Lando Norris in 15th spot. While an off-day can happen from time to time, Ferrari's pace was so strong that a bad weekend for Ricciardo could see the Scuderia score a big advantage in the fight for third in the constructors' standings.

Ricciardo wasn't the only big name struggling for pace on Thursday, as Fernando Alonso didn't fare much better. The Spaniard registered the 12th fastest time in the afternoon session.

Although it was better than teammate Esteban Ocon, both Alpine cars didn't look particularly quick. It was odd to see given how good the team looked in Spain.

It didn't help that Alonso touched the wall in FP1, damaging his front wing and causing a headache or two for him and Alpine. While that problem was fixed, we'll have to wait and see whether Alpine can find some pace ahead of Saturday, or they could have a tough time making it through to Q2. 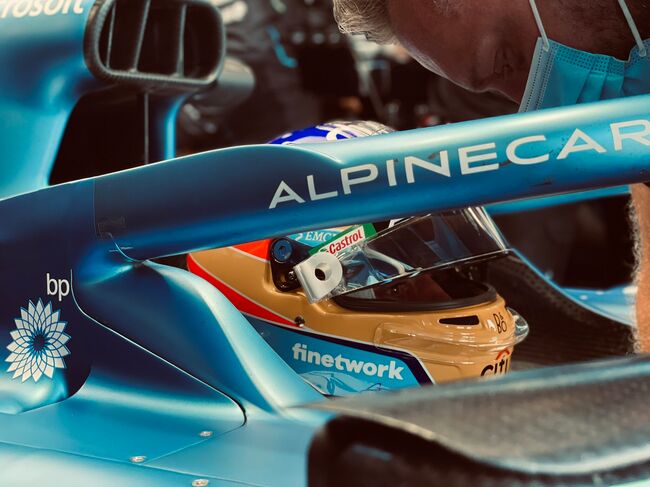 Rookies find out how tough Monaco can be

Yuki Tsunoda and Mick Schumacher found out how tough it can be driving around the streets of Monaco, with both drivers familiarising themselves with the barriers in Monte Carlo.

The AlphaTauri rookie hit the barrier at the ext of the Swimming Pool in FP2, limiting his time on track. While Schumacher was able to complete 25 laps, his session came to an early end after sliding into the wall at Massenet and bringing out the red flags with minutes remaining in the session.

Given someone as experienced as Alonso also had some issues with the barriers on Thursday, it shows that the tricky streets of Monaco can pose a problem for drivers young or old. However since both Tsunoda and Schumacher don't have a lot of experience around the track, it will be interesting to see how it impacts the rest of their weekend.