What we learned from qualifying for the 2021 F1 Hungarian GP

Lewis Hamilton claimed his 101st career pole position and will be joined by teammate Valtteri Bottas on the front row for the Hungarian GP. Does Mercedes have the upper hand over Red Bull for Sunday's race? RacingNews365.com looks at that and the other big talking points that emerged from qualifying. 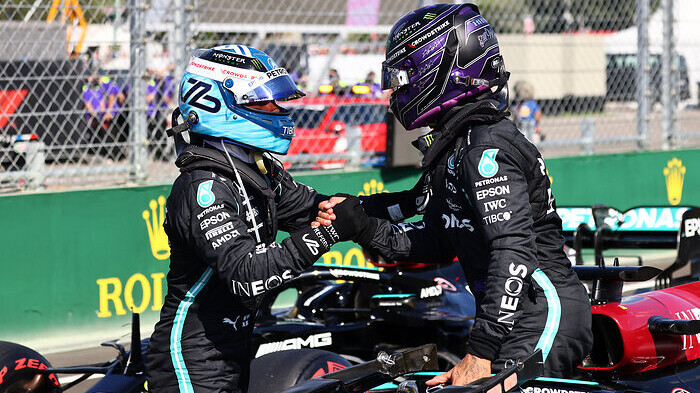 After going seven races without a pole position, Lewis Hamilton ended that streak thanks to a blistering lap in qualifying for the Hungarian GP.

Joined by teammate Valtteri Bottas on the front row, Mercedes will look to swing momentum further in their favour following the British GP. No doubt Max Verstappen will do his best to stop that, however the Dutchman has a bit of work to do as he'll start on the second row after posting a time that was three tenths slower than the Briton.

The battle at the front wasn't the only major talking point as we look back at what took place during qualifying for the Hungarian GP.

Could we see more opening lap fireworks between Mercedes and Red Bull?

There's certainly been no shortage of discussion surrounding the opening lap of the British GP, and while the topic hasn't been put to rest entirely, it has for Max Verstappen.

"Can we just already stop about this?," Verstappen told RacingNews365.com and other member of the media when asked about the possibility of wheel-to-wheel racing with Hamilton on Sunday. "We had so many f***ing questions about this, it's just ridiculous.

"Honestly, [since] Thursday we've been answering this stupid sh*t all the time, so can we just stop about it. We are racers, we will race and of course we are going to race hard but fair. So we'll just keep pushing each other."

No doubt the race stewards will be keeping a close eye on the championship rivals in Sunday's race as everyone would rather see good, hard racing over someone being sent off track again.

However with Hamilton starting on pole with medium tyres and Verstappen on the softs, there is a chance the two will see each other on track in the early part of the race. No doubt Bottas and Perez, who start second and fourth respectively, will have a say in the matter as well, but if Hamilton and Verstappen's recent statements are anything to go by, don't expect either driver to give an inch.

While the action on track may not reach the same 60 plus degree temperatures we've seen at the Hungaroring this weekend, expect another feisty battle between the two. How long the battle may last remains to be seen as tyre management and wear will likely play a big factor in Sunday's race, as several drivers noted after qualifying that they aren't sure if a one or two-stop strategy is better due to the heat.

What we do know is that another close battle between the championship standouts should play out around the Hungaroring.

"I guess there’s going to be premium seats down at Turn 1 and 2 tomorrow so tune in, it’s going to be well worth watching," Christian Horner told Sky Sports. "I’m sure it’s going to be an exciting start, it’s different strategies, different grip levels but you know we’ve got to get a good start." 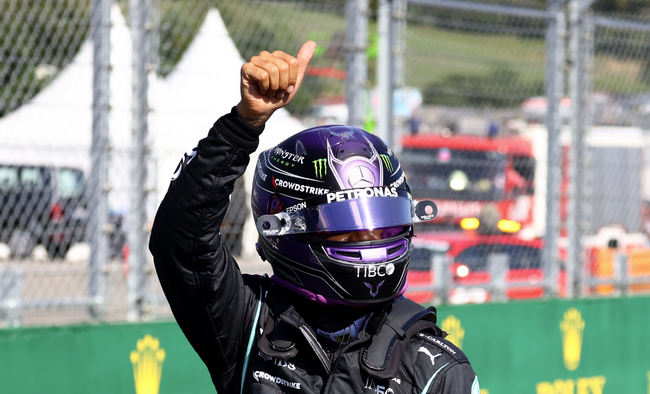 AlphaTauri get the better of McLaren and Ferrari

While McLaren and Ferrari have separated themselves from the rest of the midfield in recent races, AlphaTauri made their presence felt in Budapest by qualifying fifth behind the two Red Bull and Mercedes cars.

The plaudits go to Pierre Gasly as its the Frenchman who starts on row three, while teammate Yuki Tsunoda failed to make it out of Q1 after a disappointing performance.

Gasly described the British GP as the worst weekend of his season after a strong showing in Friday practice, and he backed it up on Saturday by finishing just 0.062 seconds back of Perez for fourth.

While many had tipped McLaren and Ferrari to once again lead the way behind Red Bull and Mercedes, the Frenchman flipped the script though he admitted the result shocked him as well.

“I must say I’m pretty pleased with that lap,” Gasly told RacingNews365.com and other members of the media. “I knew when I closed the lap, going over the line, okay, that’s going to put us in a good position, but still, I didn’t expect to be in front of Lando and Charles, so I’m really pleased. That’s the best position we could hope for the race, right behind the two top teams, so really pleased with that.”

Whether that pace will translate into a strong performance on Sunday remains to be seen as Gasly is hoping track position will give him the upper hand.

"On long runs, we seem to struggle a little bit more,” Gasly told Sky Sports. “But on a track like Budapest, the track condition is so important because it’s so hard to overtake.

"The main target was to qualify as far forward as we could and I think today we achieved that. We know [Ferrari and McLaren] have fast cars but we’ve got the track position. I expect a very tight battle."

We've all grown accustomed to seeing George Russell deliver in qualifying this season, however Saturday's session was one to forget for the Briton.

For the first time in 2021 the Williams driver failed to make it out of Q1, meaning he'll start down in 17th ahead of teammate Nicholas Latifi. The result stands in stark contrast to last year's running of the Hungarian GP when both Williams drivers made it into Q2.

The disappointing result stung Russell that much more as he entered the weekend thinking the Hungaroring was Williams' best chance of scoring points this weekend.

"Obviously I’m not that happy because it’s the first time we have not progressed into Q2 all season, at a circuit where I thought would be our best shot for points,” Williams told Formula1.com.

"Ahead of the weekend I thought Q2 would be a breeze. And then for whatever reason I haven’t had the rhythm I’ve had at other circuits. [It’s] the first time we’ve not made it through to Q2, so we can’t get it right every time.” 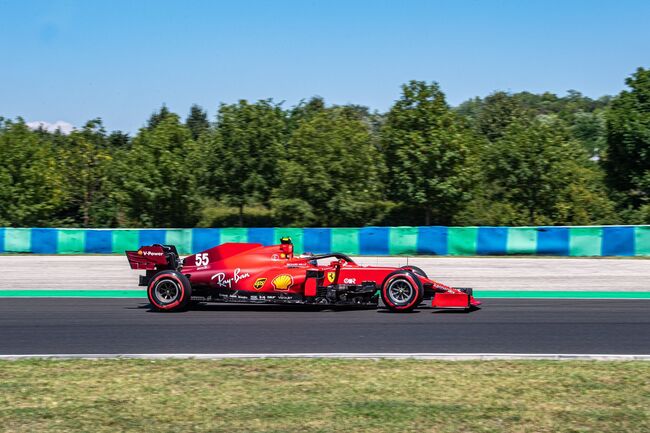 Disappointing days for Sainz and Ricciardo

Russell isn't the only driver unhappy with how their Saturday went as both Carlos Sainz and Daniel Ricciardo were dumped out of Q2, but for very different reasons.

The Spaniard failed to set a time during the second session after crashing his Ferrari into the barrier at the final corner. Although Sainz tried to bring his damaged car back to the pits, he quickly abandoned those efforts once his front wing became trapped underneath his car.

Sainz didn't hide his disappointment given he finished Q1 in fourth, however he was left feeling better about the matter after looking at the date once he returned to the Ferrari garage.

"I went straight away to our garage to see what had happened on the data and what I could have done differently," Sainz told RacingNews365.com and other members of the media. "After having a look at it, to be honest, I’m more calm about it because I saw that I actually entered the corner 5kph slower than in the previous run, but there’s a 35-40kph gust of tail wind compared to a 10kph tail wind on Q1, and this probably just sent me on a massive oversteer."

The same can't be said for Ricciardo who's exit was simply down to a lack of pace. The Australian finished a season-best fifth at Silverstone, sparking suggestions he had turned his season around.

Ricciardo stated that another top-five finish in Hungary would be a solid result, and a spot in Q3 looked likely after a strong showing in FP3. Unfortunately the Australian's pace disappeared once qualifying began, finishing 13th in Q1 and then failing to make Q3 for the sixth time in 11 races.

"I think the lap itself felt okay for what I had, but obviously okay isn't good enough," Ricciardo told Sky Sports. "We just keep trying.

"Obviously we're approaching the summer break. I would have loved for it to have been a lot better by now, but it's proven tricky so we keep going."

Sainz's poor starting position and the choice of tyres will ease the pain Ricciardo is feeling, but the pressure is no doubt on the Australian to deliver a solid performance before the summer break.