What we learned from qualifying for the 2021 Bahrain Grand Prix

Max Verstappen took pole position in a dramatic opening qualifying session of the F1 season at the Bahrain International Circuit. It was not the only standout moment during qualifying as RacingNews365.com gives you the details of what we can take away from Satuday's running in Sakhir. 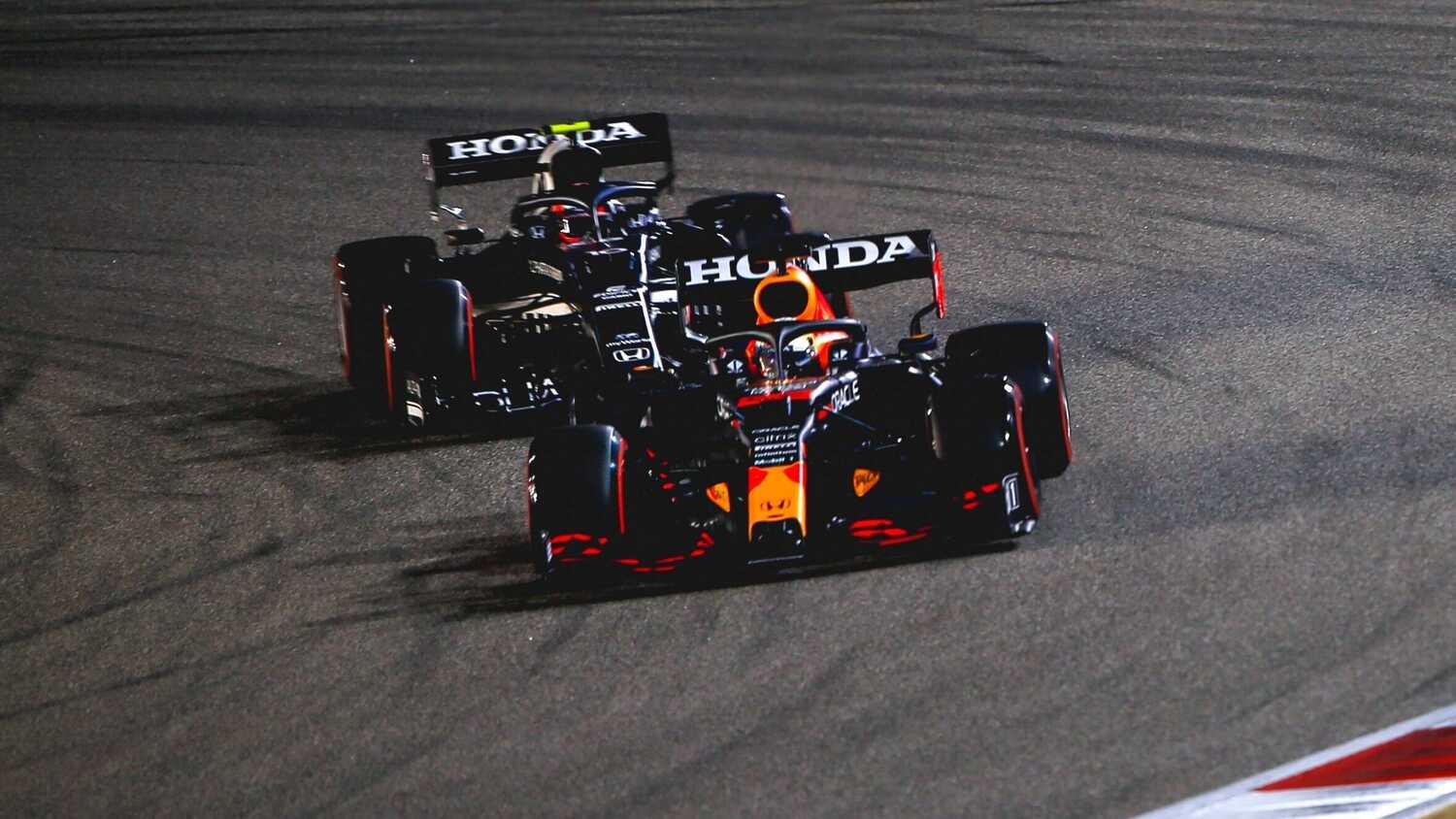 Outside of the top three, Ferrari were happy with their starting positions of fourth and eighth whilst Sebastian Vettel and Esteban Ocon endured a difficult day as they were knocked out in Q1.

All set for a classic season?

It's difficult not to get too excited about the prospect of Verstappen and Hamilton battling it out for the championship over the 23 scheduled races on the 2021 calendar.

The pair were split by just 0.023 seconds after the first Q3 runs but Verstappen pulled out a mighty lap to grab pole position with a handy margin of nearly four tenths of a second.

Mercedes can use their advantage of having two drivers at the front of the pack on Sunday as Sergio Perez battles his way through the midfield. The worries of many that Mercedes were hiding their true pace and would upset any chances of Verstappen beating the world champions can be put to bed.

Race pace is more important as the points are handed out on Sunday, but it looks like Saturdays will be a close-fought affair throughout 2021. 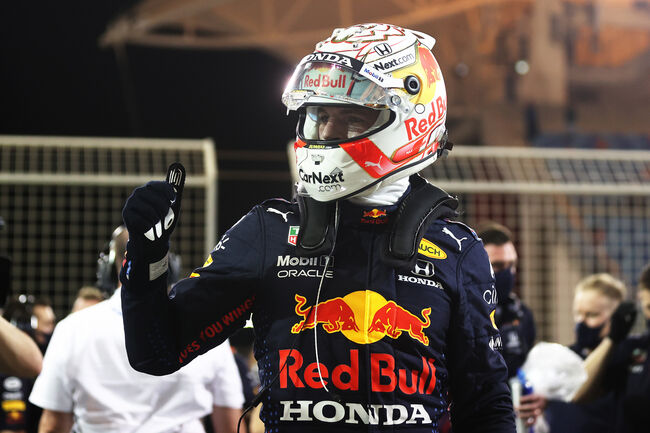 Honda do have the power

There's been a lot of talk about whether Honda have caught up to Mercedes in the engine department. The first qualifying session of the year confirmed Honda and Mercedes are level-pegging on ultimate power unit performance.

Honda-powered cars topped three of the four speed traps at the Bahrain International Circuit, a track which is heavily reliant on a strong engine.

AlphaTauri's Pierre Gasly made the most of Honda's new power unit to qualify a superb fifth, reiterating thier speed in 2021.

Yuki Tsunoda will start his maiden Formula 1 race in 13th after his gamble to try and progress into Q3 on medium tyres backfired. Nevertheless, his first qualifying lap of the day in Q1 was sensational as it put him second at the time.

Red Bull and AlphaTauri have definitely got a future F1 star on their hands and it's good to see that Tsunoda is angry with himself for not qualifying in the top 10.

"It's not acceptable for me," said Tsunoda. "I lost all my grip after switching to the C3 [medium tyre]. I know, compared to the C4 [soft tyre], there's less grip, but there's not that much difference." 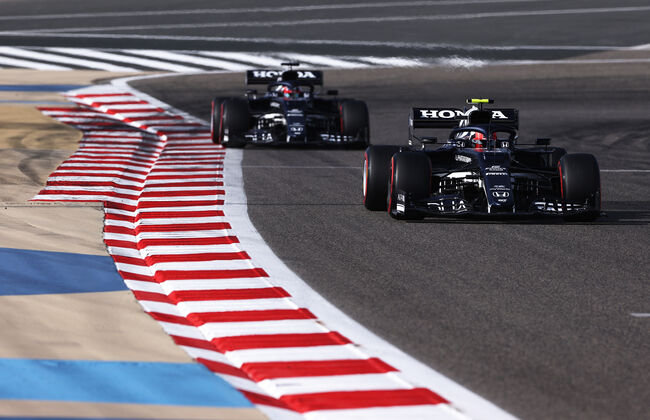 Ferrari looked somewhat out of sorts throughout pre-season testing and Charles Leclerc has admitted it had been a tricky weekend until qualifying.

Carlos Sainz qualified in eighth place and only just made it through Q1 after his car temporarily cut out following a kerb strike.

Remarkably, Ferrari were 1-2 in the second phase of qualifying as they used the soft tyres to progress to Q3. Another vintage final lap from Leclerc in the final minutes of the session got him onto the second row of the grid.

It will certainly be a relief for everyone at Maranello who could not afford to be towards the back of the midfield.

Many thought McLaren would have the inside track in the battle for third place in the constructors' championship, but qualifying suggests this will not be the case in 2021. 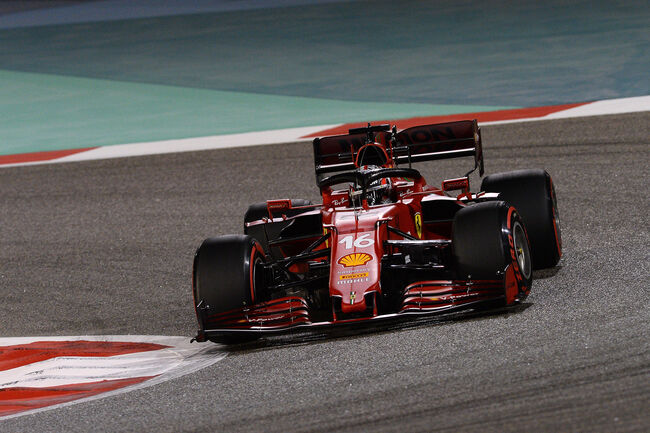 Antonio Giovinazzi and Kimi Raikkonen will take satisfaction from Alfa Romeo's qualifying performance as they are set to start from 12th and 14th on Sunday.

The pair struggled to get out of Q1 for most of 2020 and will be particularly happy to have gotten the better of Williams' George Russell who continues to impress and demonstrate why he is nicknamed 'Mr Saturday'.

Vettel's Aston Martin career continues to be a struggle

Nikita Mazepin will not be in Sebastian Vettel's good books after the Haas driver broke the gentleman's agreement of not overtaking in the run up to the final corner of the track on the outlap.

Mazepin then spun at turn one which caused Vettel and Esteban Ocon to slow down due to yellow flags at the start of the lap.

There were further yellow flags in the middle sector for Sainz's limping Ferrari. Vettel has definitely been one of the unluckiest drivers of 2021 so far after a dismal pre-season test when he completed the least amount of laps.

His fortune is yet to turn around and he will be hoping he can climb through the field on Sunday although Aston Marin will be worried by the pace of Ferrari, McLaren and AlphaTauri.