Valtteri Bottas led a Mercedes 1-2 in both of Friday's practice sessions in Imola whilst Max Verstappen lost valuable track time with a drive shaft failure in the afternoon. 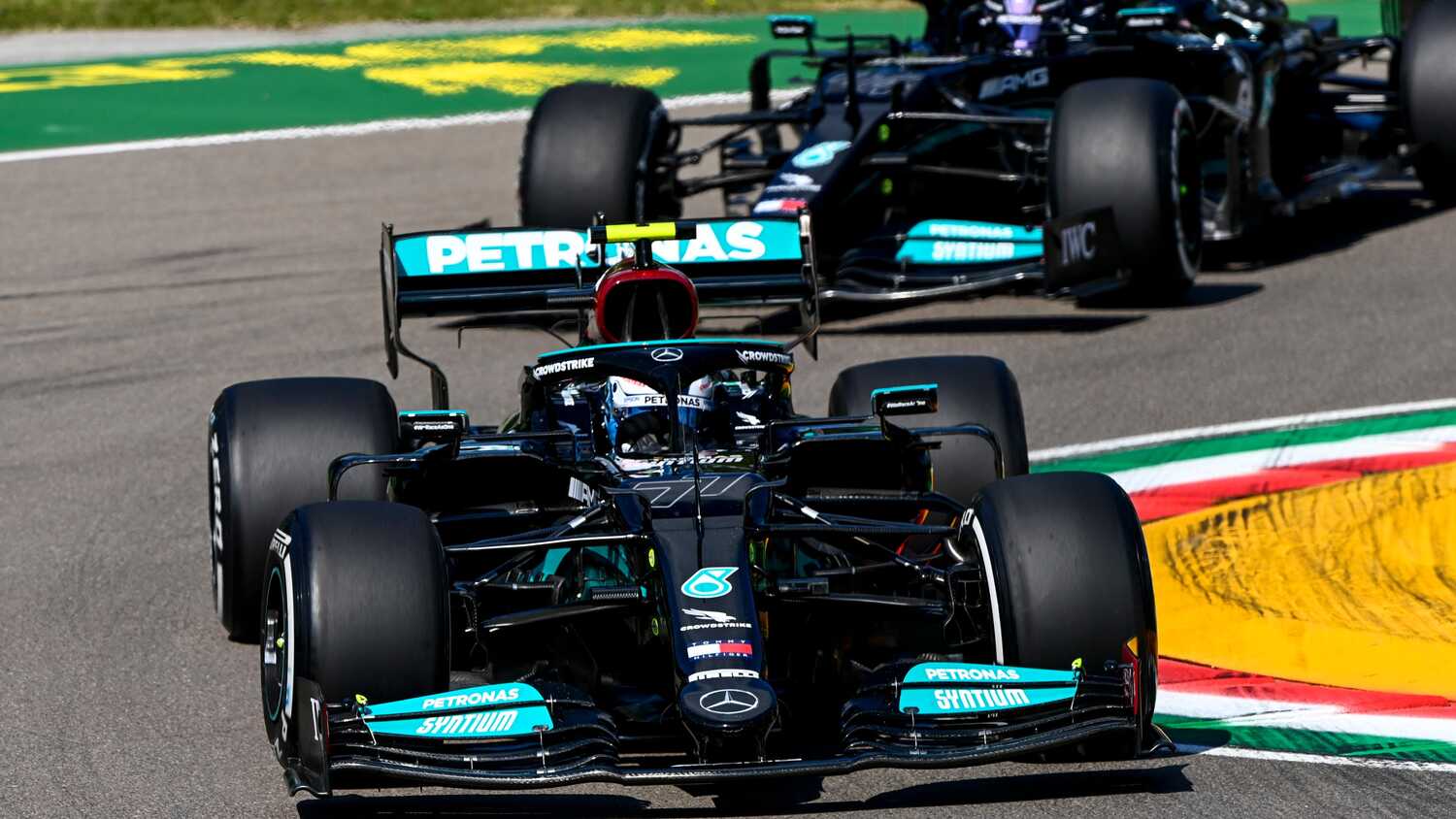 Mercedes dominated Friday's running at the Emilia Romagna GP with Valtteri Bottas leading the charge ahead of Lewis Hamilton. It was a contrasting afternoon for Max Verstappen who came to a half on the main straight due to a driveshaft failure.

Meanwhile, Ferrari looked strong although Charles Leclerc did end the day in the tyre barrier at the final corner.

Verstappen topped all three practice sessions in the season-opener in March, and so far Bottas has made it two out of two.

Immediately, both Mercedes drivers looked comfortable with no signs of any handling issues which hampered them in Bahrain.

Worryingly for the rest of the field, both Bottas and Hamilton set their quickest lap times on the slower medium tyre compound so there's definitely more to come from the tyres alone.

It does beg the question as to whether Mercedes have an issue with switching the soft tyre on, and getting it into the optimal operating window which appeared to be the case in Sakhir.

Nevertheless, it's the best possible start for Mercedes who have to be the favourites after Verstappen's issues. 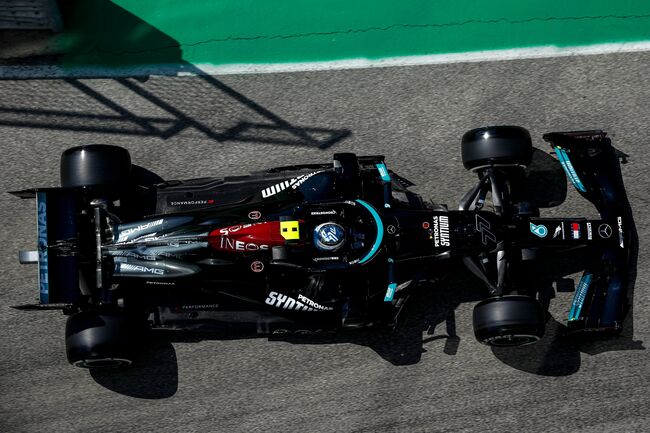 Verstappen completed just five laps in the afternoon after "something snapped on the car" on the exit of the final turn. It turned out to be a driveshaft failure which put him out for the rest of the session.

"It's of course difficult to say now how the second session would have been," Verstappen told RacingNews365.com and other select members of the press.

"But it's nothing shocking so we'll just have to look into what we can do better for tomorrow in terms of of balance. We have to make sure that nothing breaks."

Red Bull cannot afford too many reliability problems if they want to beat Mercedes this year, although it could be argued that it's better to have a failure in practice than qualifying or the race.

Sergio Perez did not show any indications of threatening Mercedes over one lap, finishing down in eighth, nor on the longer runs either.

Red Bull were expected to be very difficult to beat this weekend but they have not shown anything special yet. With the field being so tightly packed, Mercedes and Red Bull both have a lot more left in the tank. The question is who has more pace to spare? 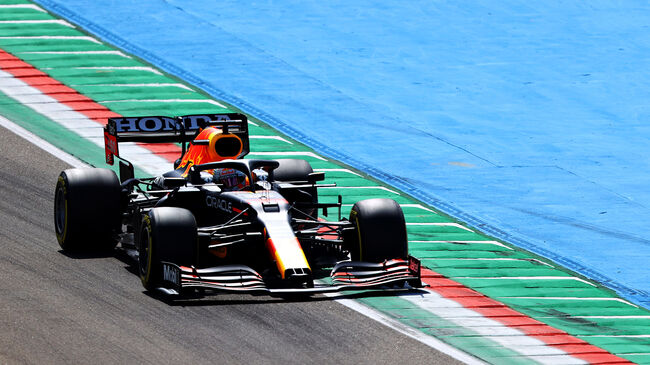 Charles Leclerc brought the second practice session to an early end after he crashed at the final corner. The 23-year-old lost the rear of the car and hit the barrier, damaging the front-right corner of the car.

Ferrari had a strong day up until Leclerc's crash. In the afternoon, Carlos Sainz was fourth whilst Leclerc ended the session in fifth.

Leclerc actually posted the quickest time of the day in FP2 on a 1:15.3, over a tenth quicker than Bottas. But, Leclerc's lap time was deleted due to him running wide at Turn 9.

Ferrari are definitely heading in the right direction and appear to have built on the form they showed in Bahrain. 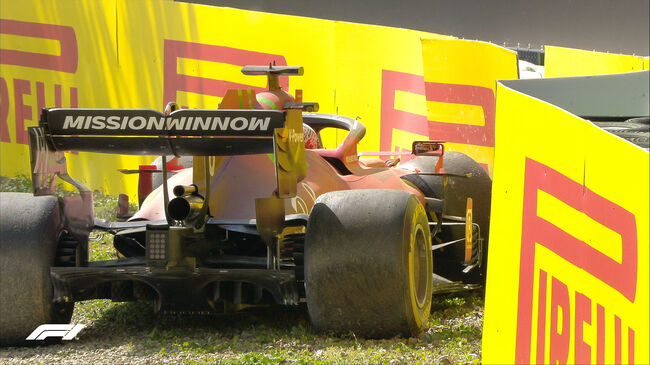 McLaren use practice as a test session

McLaren found themselves down the order although this was distorted due to Daniel Ricciardo's quickest lap time getting deleted due to track limits.

Just like they did in pre-season testing, McLaren ignored outright one lap pace to focus on comparing setups and new parts to gather data.

"We have test items on the car so we're kind of comparing things between the different runs and different sessions," Norris told RacingNews365.com and other select members of the press. 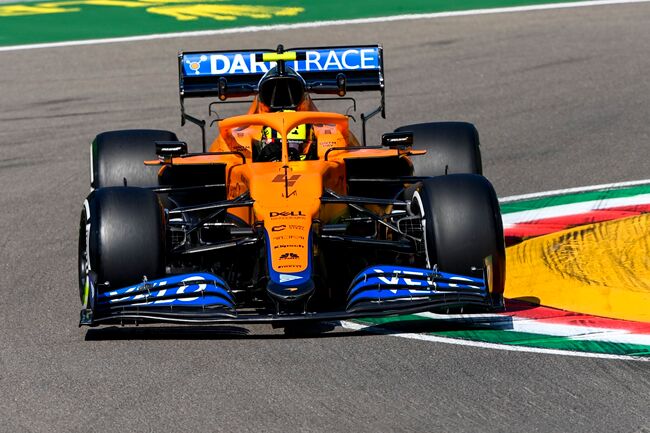 AlphaTauri are looking to make up for their lack of points in Bahrain and they have started the Emilia Romagna GP weekend off well with Pierre Gasly setting the third quickest time of the day.

Gasly was strong in Imola last year too and is set to be battling the Ferrari pair of Sainz and Leclerc throughout the event.

Yuki Tsunoda was not quite as impressive as he was in the season-opener but he performed solidly and will be eager to make Q3 after missing out in Sakhir. 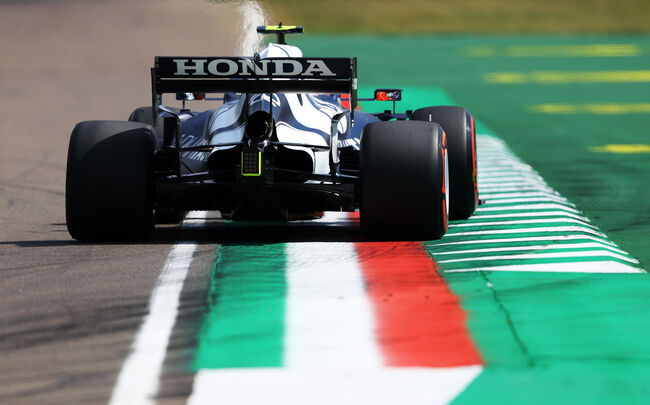 It's not often the media discusses Nicholas Latifi but he had a fantastic Friday in Imola. The Canadian was inside the top 10 in FP1 and backed up that result with the 12th quickest time if the afternoon.

George Russell has never been outqualified by a Williams teammate during his time in Formula 1 but Latifi could give Russell his toughest Williams test yet if he can retain the speed he showed in practice, going into qualifying.

Blind running in the morning

Formula 1's data drop-out shortly before the opening practice session caused havoc for not only broadcasters but the teams.

No onboard footage was available whilst the data channels were also abandoned which meant a combination of live timing, race control messages and other information was not available publicly or privately.

All the teams suffered varying degrees of radio troubles too which made the session difficult to manage according to the team bosses.

“Until you lose that kind of data you don’t realise how much you rely on it,” Aston Martin team principal Otmar Szafnauer told RacingNews365.com and other select members of the media.

“It was like we were blind on the pitwall and even driver communication wasn’t working. It made things much more difficult."

Everything was fixed for the afternoon session which saw Mercedes leading the way.