A fascinating opening day of testing in Bahrain saw positive signs for Red Bull whilst Mercedes appeared to unusually struggle. RacingNews365.com gives you a round-up of who had a good day at the office and who has work to do for the weekend. 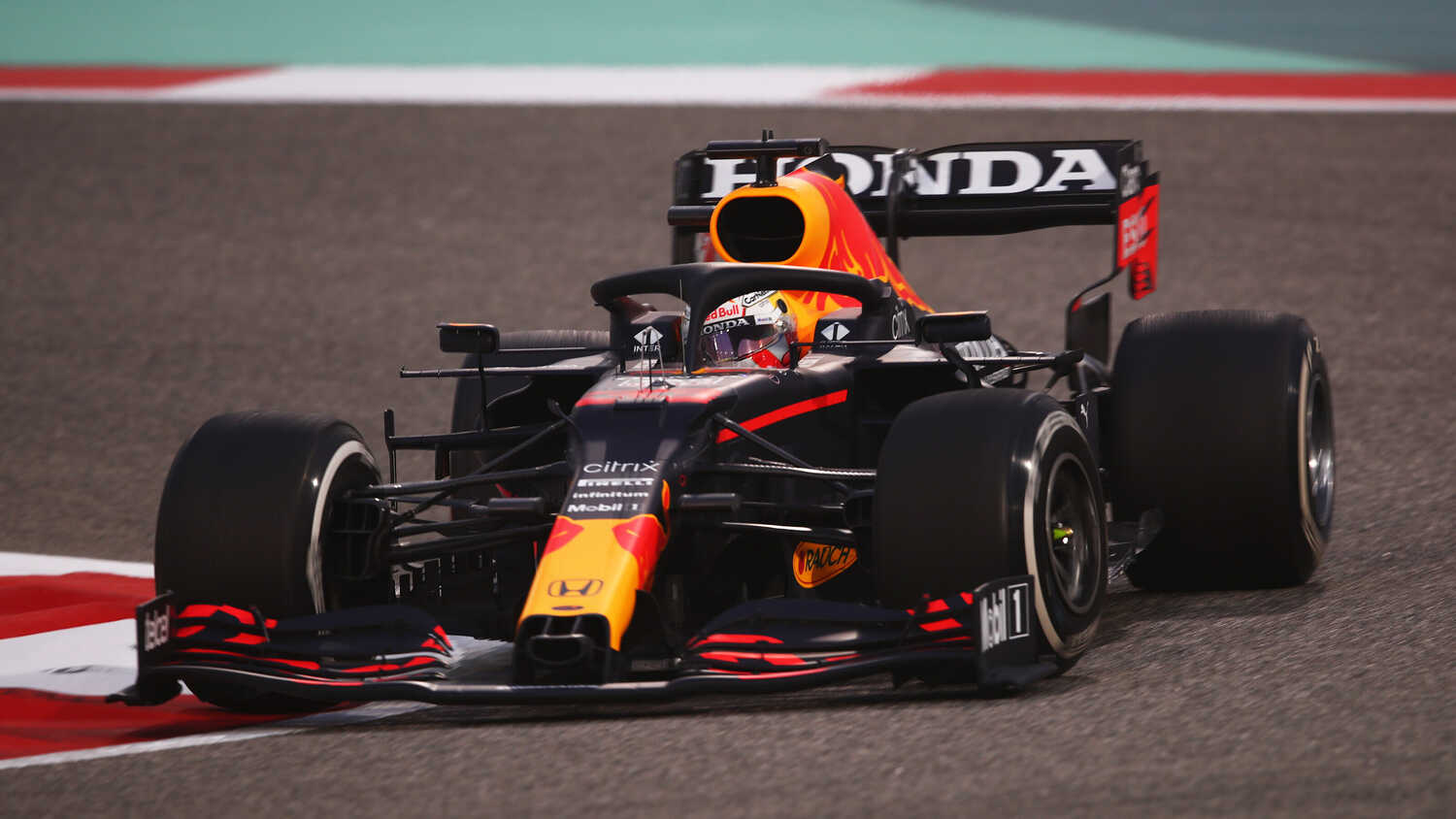 After 89 days, the Formula 1 field rolled out their new cars onto the Bahrain International Circuit. The aim for the teams and drivers was to gather data and get through their respective programmes in order to start their search for speed and lap time.

A sandstorm caused trouble for the 17 drivers who tackled the Sakhir track on Friday but it didn't halt the progress of some of the teams on the opening stanza of pre-season testing.

Red Bull traditionally start the season off slowly but Max Verstappen was anything but slow in the RB16B on Friday. He completed 139 laps, over two full race distances and showed his hand with a 1:30.674 on the C3 medium tyre.

It was a perfect day for Red Bull who looked unphased by the conditions and will be encouraged by their pace on the new structure of Pirelli rubber. Sergio Perez will be at the wheel of the car on Saturday. 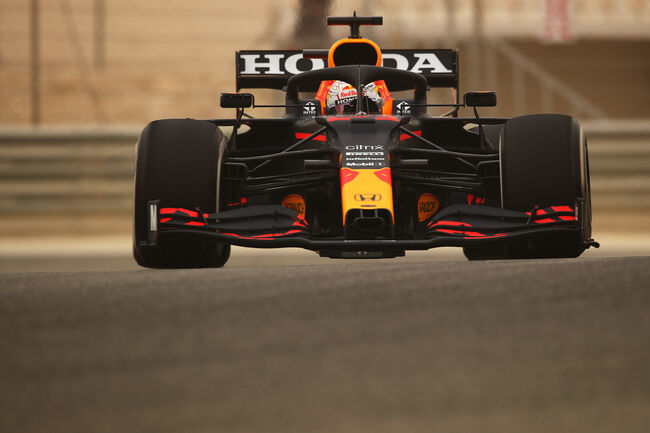 Honda have introduced a brand-new power unit for the 2021 season before they bow out of the sport at the end of the year. Changes have been made to the internal combustion engine, turbine and ERS in an attempt to close the gap to Mercedes.

Any reliability concerns have been put to bed for now as Verstappen and AlphaTauri drivers Pierre Gasly and Yuki Tsunoda had no problems with the new engine.

Red Bull and AlphaTauri have kept their high-rake concepts for 2021 and the early signals bode well for both teams who may gain from the regulation changes to the rear floor of the cars for this year. 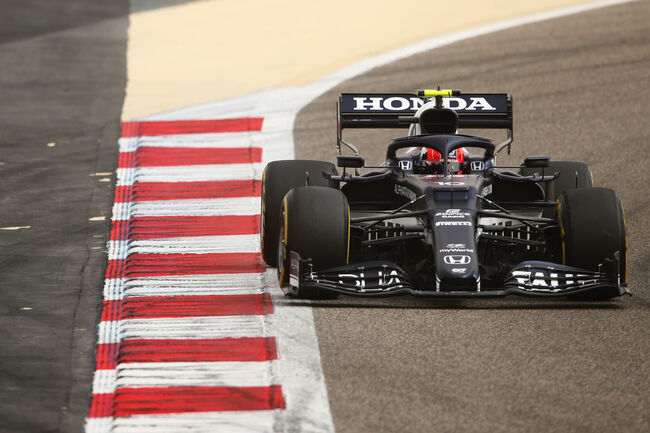 McLaren light up the timesheets

It was a strong start to the McLaren-Mercedes reunion with both Lando Norris and Daniel Ricciardo getting through their programmes with no issues. They both managed to have some fun too, showing a glimpse of speed at the end of each session.

In the morning, Ricciardo topped the leaderboard whilst Norris went second just 0.2 behind Verstappen on the same tyre compound as the Dutchman.

Alpine's Esteban Ocon had a similarly solid day of running, ending up in third place albeit on the C3 soft tyre. Fernando Alonso will be in the car on Saturday. 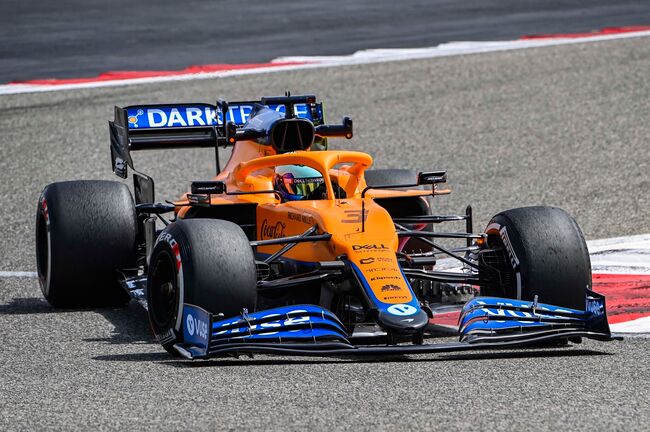 A small problem for Sebastian Vettel was the only hiccup for Aston Martin who will be pleased with the running they did in Bahrain. Lance Stroll did 46 laps in the evening session and went fourth fastest on the C3 medium tyre.

A stoppage for Charles Leclerc before the lunchbreak worried Ferrari for a moment but they got the car back to the paddock and Carlos Sainz was able to complete 59 laps, sending Ferrari's total number of laps past the century mark. We should see more pace from Ferrari in the next two days. 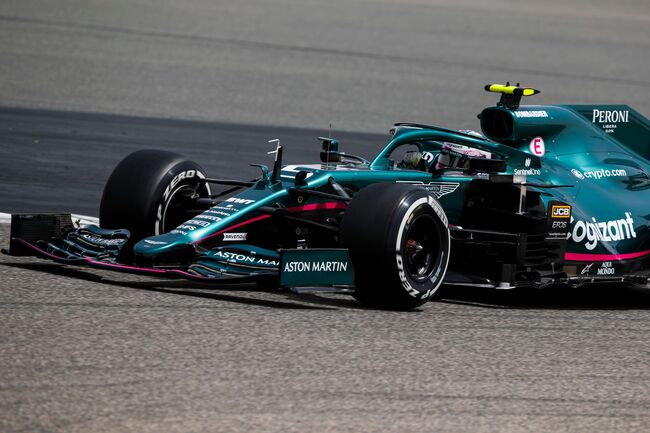 The defending champions had a tough start to their 2021 campaign with reliability and car performance concerns. Valtteri Bottas completed just six laps in the morning session, spending over three hours in the garage as the team tried to track down the problem before changing the entire gearbox.

Bottas believes Mercedes should have done a shakedown to iron out any issues such as the problem he suffered on Friday which limited his running.

Things did not improve in the afternoon session for Mercedes as Hamilton struggled in the sandstorm that passed through the Bahrain International Circuit. The new spaghetti-shaped floor on the W12 caught the eye of many but there will be some scratching of heads within the team as to why Hamilton could not get to grips with the car.

However, the driver who had the worst day was Mick Schumacher. He also needed a gearbox change in his Haas, and that meant he could only muster 15 laps. Schumacher and Haas cannot afford anymore issues which will put them even further on the backfoot. 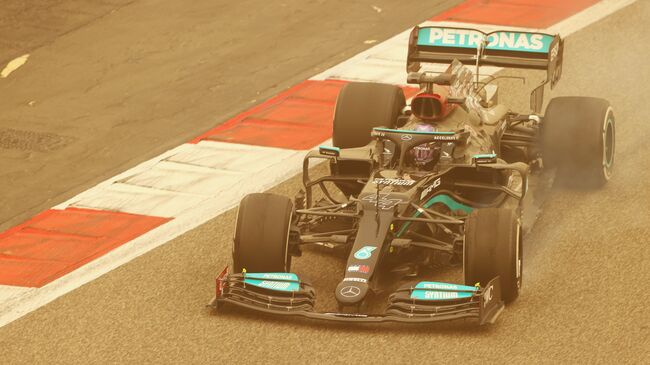 But it's only day one of pre-season testing

It's easy to get animated about lap times or problems for teams but we must remember this is only the opening day of testing.

There may only be three days of running before the first event also in Bahrain on March 28 but nobody has an idea of the engine modes teams were running, how much fuel was in the car, what programmes the teams wanted to get through and more.

We will get a clearer indication of who looks set for a memorable 2021 at the weekend but for now, it's best to not read too much into the performance of the cars.