What are the rules for team radio during an F1 race restart?

Following the unusual race restart during the Hungarian Grand Prix – which saw Lewis Hamilton start alone from the grid whilst every other car pitted – there was some confusion over the rules regarding radio communications. F1 Race Director Michael Masi has clarified the regulations. 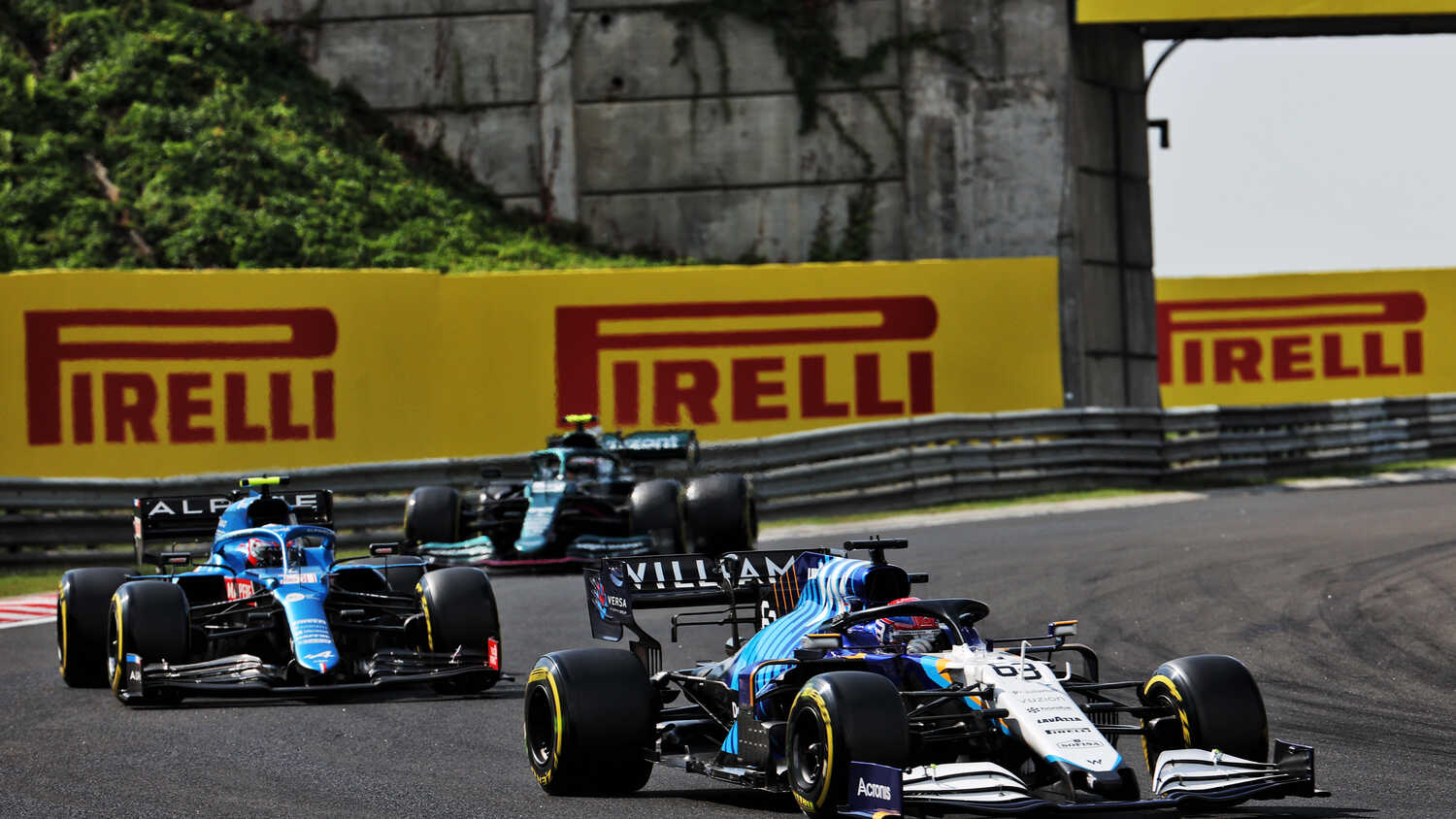 Formula 1 Race Director Michael Masi has explained the rules regarding use of team radio during race restarts, following the chaotic events of the Hungarian Grand Prix.

After the Turn 1 melee on the opening lap, the race was red-flagged to allow for the debris to be cleared up. This was then followed by one of the most unusual race restarts in the sport's history, with Lewis Hamilton starting alone from the grid on Intermediate tyres whilst every other driver pitted for dry tyres due to the changing conditions.

As well as some confusion over this scenario, there were questions raised about the use of team radio during a restart. George Russell, for example, was heard asking his engineer whether he could jump the queue in the pit lane as the cars waited for the green light, though did not receive a response until after the light had come on and thus the race had recommenced.

"We've had a few of these now," Masi told select media including RacingNews365.com when asked about radio communications at restarts.

"So for formation laps – so effectively before the start signal is given – comms is not allowed from the team back to the driver. Obviously the drivers can continue to talk as much as they wish to make any decisions.

"But as the race has started, it's not a formation lap anymore, it's actually a race lap."

In regards to Russell's decision to go towards the front of the queue, the Williams pit box is at the end of the pit lane, meaning that the British driver was unable to join the back of the queue as the cars waited for the green light.

When the race was restarted, this allowed Russell to quickly overtake Alpine's Esteban Ocon to move into second place, though he gave the place back a few moments later.

"George realised his error, and the team came across immediately and said, 'We've made a mistake, we're gonna drop back behind Fernando [Alonso]'. It was actually the team's initiation," Masi explained about the situation.