Will first stint on mediums give Red Bull the advantage?

How many pit stops are we likely to see during the race, and what are the strategy options for the drivers during the Portuguese GP at Portimao? 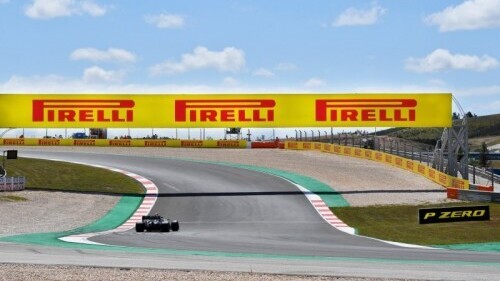 Sunday's 66 lap Portuguese GP isn't hugely likely to be particularly variable in terms of the amount of pit stops expected during the race.

Pirelli say the race is likely to be a one stop strategy, due to the loss of time in the pitlane being around 25 seconds. This means that making a two stop strategy work is particularly difficult, especially given that the expected delta time of 0.4 seconds between the soft and medium compound didn't play out in qualifying.

Indeed, the fastest time of the weekend so far, a 1:17.9 from Lewis Hamilton, was set on the medium compound. It's on this compound that the front-runners will start, as well as Ferrari's Charles Leclerc, before a switch to the hard for the second stint.

While Mercedes were able to light up the timing screens on the medium, this is also possibly because they use the tyre harder than Red Bull do. Watch for this difference during the race, as it's entirely possible that Max Verstappen and Sergio Perez will be able to hang onto their starting tyres for a longer first stint than the Mercedes drivers. 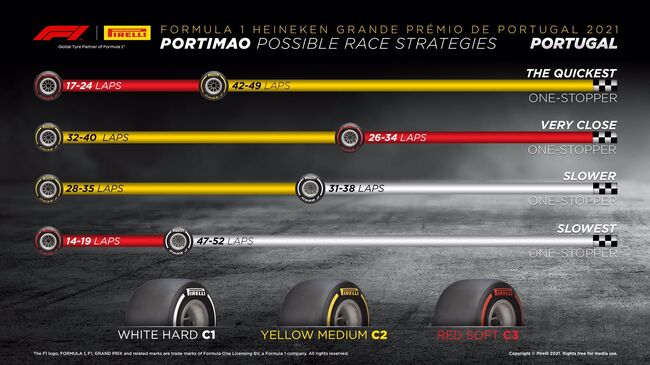 Wear and degradation of all the compounds is also quite low, with Pirelli picking up some mild criticism for how conservative they have been for bringing their hardest compound tyres for this race. The soft is the C3, with the hard being the C1, and these nominations mean the drivers should be able to push hard throughout the race.

The low wear rate will also create quite a wide pit stop window, meaning the undercut effect isn't likely to be as powerful as what can be seen at other venues.

"As they did last year, Mercedes selected the medium in Q3, but this year they were unable to improve on their first Q3 run using the soft, underlining the different ways of thinking that we are likely to see tomorrow," Mario Isola, Pirelli boss, told media ahead of the race.

"A one-stop strategy is most probable but the teams are likely to have a few different options when it comes to the timing of the stop. Tomorrow the top 10 is split 50-50 as to which tyres they will start the race on, with those starting on the medium tyre having more tactical flexibility but those starting on the soft not at a disadvantage either.

"Qualifying shows that all three compounds are set to play their part in the race tomorrow, with all of them also being a valid option for the final stint, depending on individual run plans".

Pirelli's predictions, as well as the remaining tyre sets available for each driver can be seen below. 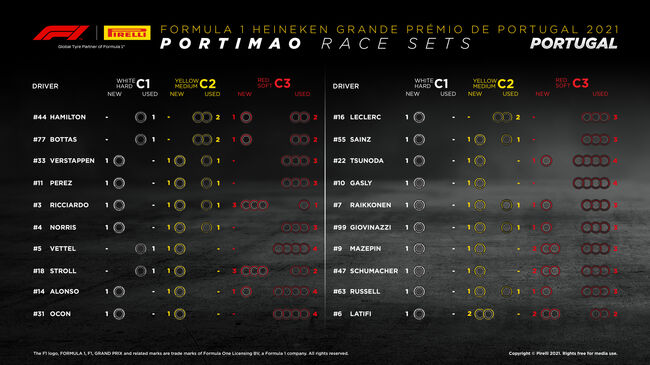