The fourth round of the 2021 Formula 1 season kicks off at 14:00 UK time with the F1 Spanish Grand Prix. Will it be clear skies in Barcelona as Mercedes and Red Bull go head to head again? 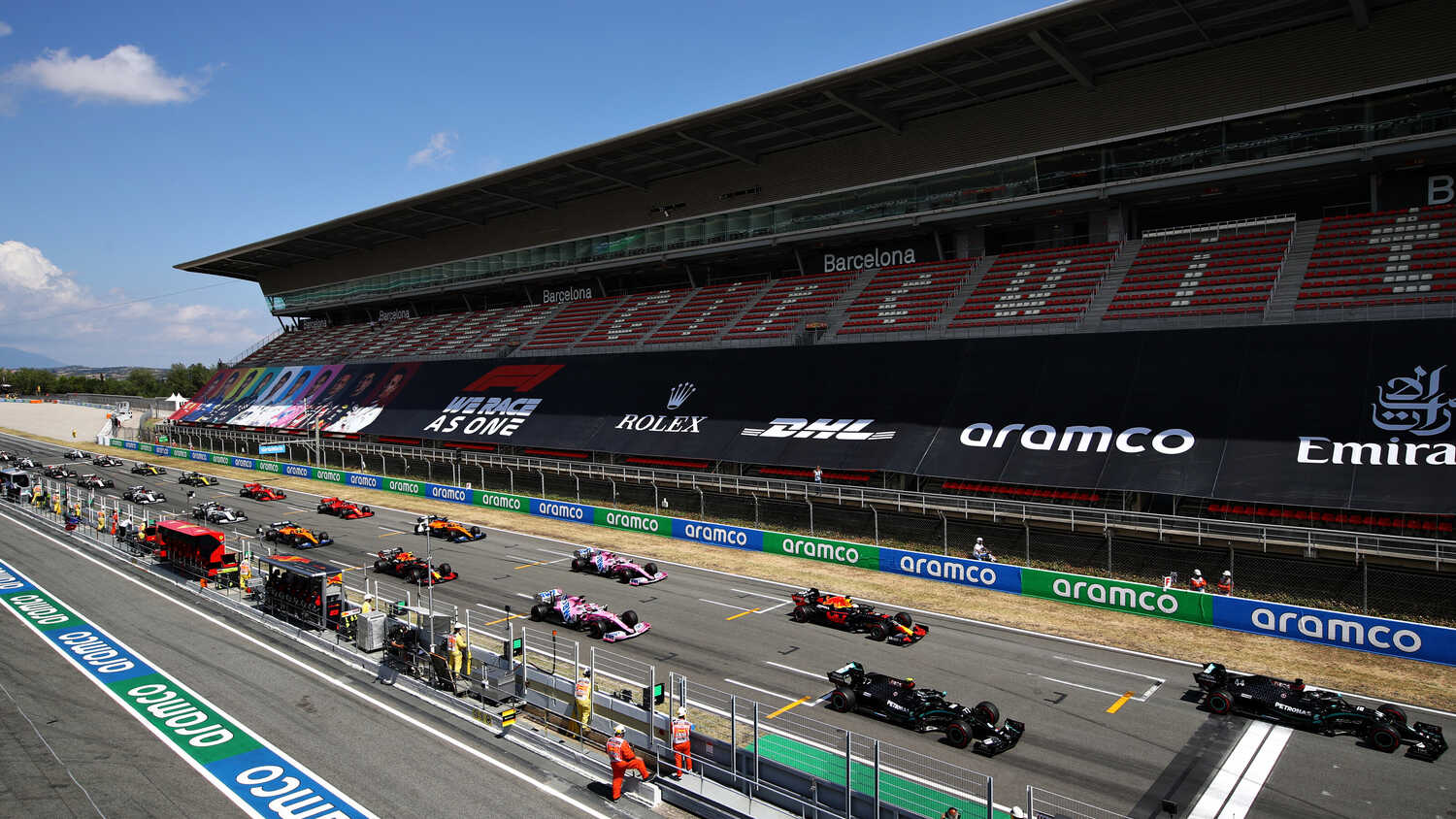 Formula 1 heads to Barcelona this weekend for the fourth round of the 2021 world championship, with high temperatures and a chance of rain expected over the course of the weekend.

Last year saw Sir Lewis Hamilton take the victory at the Circuit de Barcelona-Catalunya, but with Red Bull and Max Verstappen on the charge can the challengers push the champion this season?

It's expected to be still and dry for the first two days of the weekend, but a 40% chance of rain and cloud for the race on Sunday.

Warmer track temperatures have played into Red Bull's hands so far this season, while all teams will be glad for the hotter circuit after most struggled for grip at Portimao last time out.

The weather for practice on Friday is expected to be mostly sunny and dry throughout the day, with a maximum temperature of 23 degrees and a very small chance of showers.

Teams will be set to run race simulations on the familiar circuit during these sessions, with the late afternoon runs giving them the best opportunity to see how their cars are stacking up for the race.

According to the forecast, temperatures on Saturday for qualifying are set to be a little higher than in practice, at around 25 degrees.

The sessions should be mostly sunny with some thin cloud cover and with a zero percent chance of rain predicted.

Race day is where things could get interesting.

Currently, there is a 45% projected chance of rain during the race, which would make for an exciting change of form from previous outings at the circuit which for drivers is notoriously difficult to overtake on.

Temperatures will dip a little from Saturday to around 24 degrees for the grand prix, with cloud cover predicted but minimal wind. 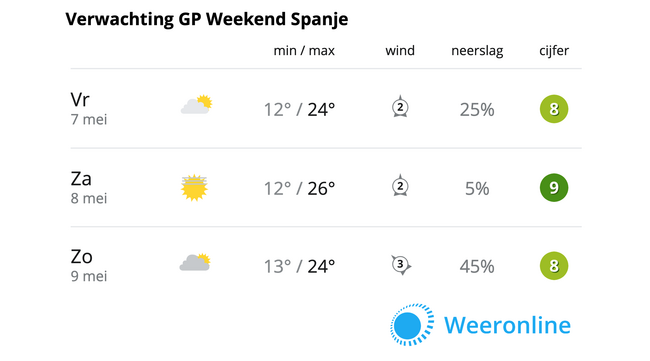