Was this the reason for so many pit stop errors at the British GP?

Several drivers, including Lando Norris and Carlos Sainz, had their race at the British Grand Prix impacted by problems during pit stops and it appears that this was not a coincidence. 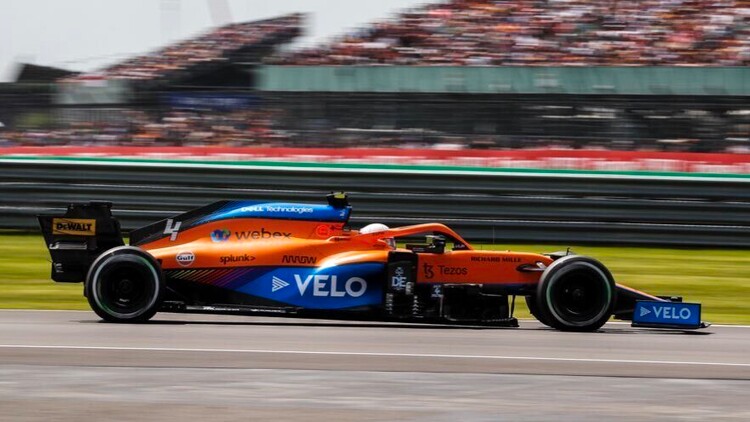 After several drivers suffered problems during pit stops at the British Grand Prix, Damon Hill believes that the high temperatures may have been the cause.

It was a very warm day at Silverstone, with temperatures across Britain rising above 30 degress celsius and the track temperature hitting 52C. Hill thinks that the fact that the tools used by mechanics during pit stops are left outside may have meant that they were overheating, resulting in issues during the stops.

"They're left out in the sun," Hill told the F1 Nation podcast. "So they leave the tools out there and they were getting cooked.

"The track itself was 50 degrees and there wasn't a cloud in the sky, and so those things would be really hot to touch."

Hill believes that this could result in the teams looking at ways to avoid this problem going forwards.

"They'll be looking to keep their wheel guns probably protected from the sun, because it seemed like there were a couple of teams that had problems."

Sky Sports F1 presenter Natalie Pinkham added: "There was [Fernando] Alonso, there was [Carlos] Sainz, there was [Lando] Norris. It just seemed like too much of a coincidence."

Norris was particularly affected by his slow pit stop, with the McLaren driver admitting later that he felt he potentially could have been on the podium without the issue. In the end he finished the race in fourth place, one spot ahead of teammate Daniel Ricciardo.

Sainz also came away from Silverstone with some feelings of frustration. The Spaniard's pit stop on Lap 29 lasted for 12.3 seconds due to the Ferrari mechanics struggling to change his front left tyre.

However, despite his disappointment, Sainz still managed to end the day in sixth.