Video: Vettel stays behind at Silverstone to help clean up!

Sebastian Vettel decided to lead by example after the British Grand Prix, taking to the grandstands to help with cleaning up after the fans. 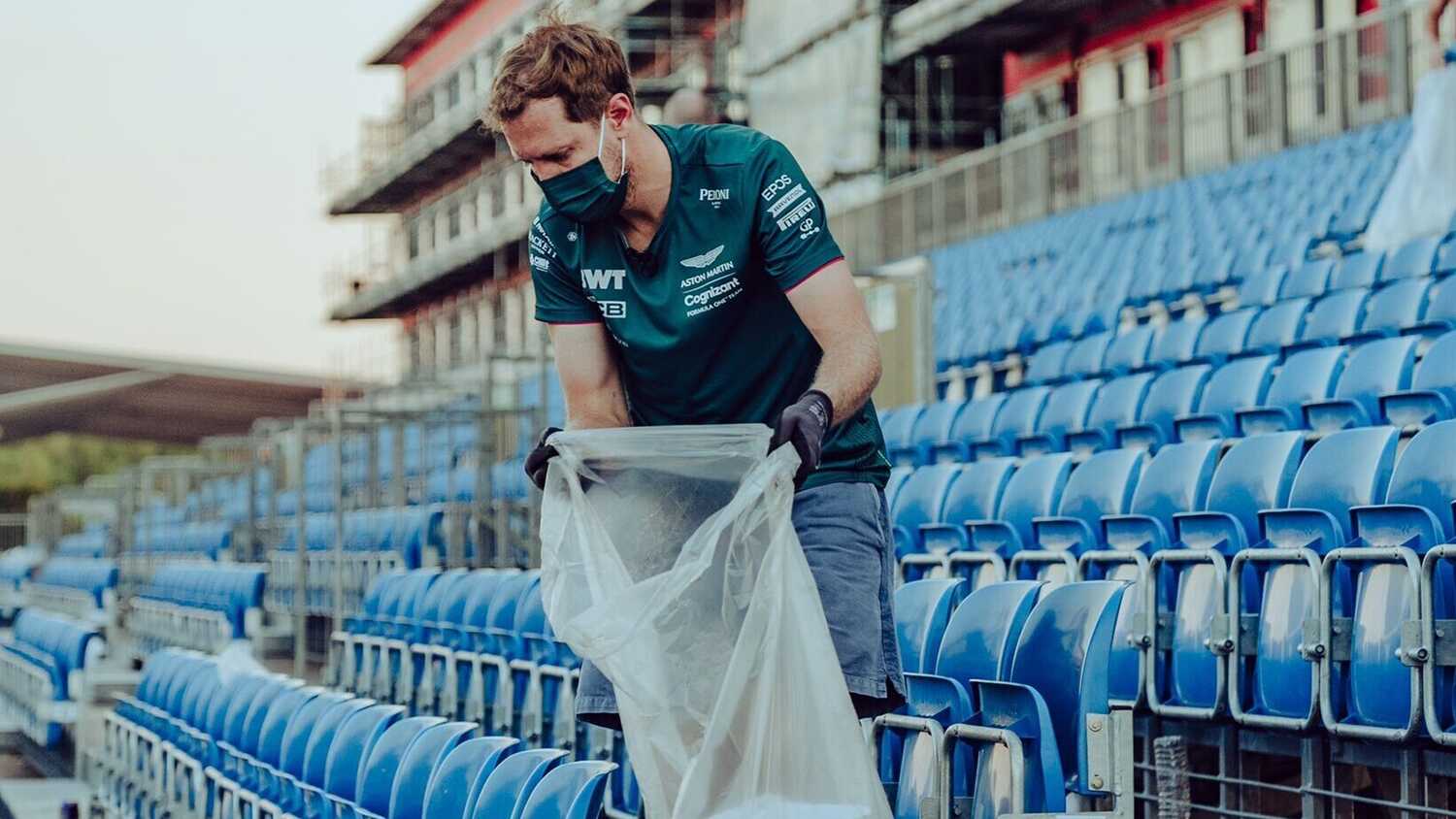 While Sebastian Vettel could have been forgiven for wanting to get out of Silverstone as quickly as possible after a completely forgettable race, the German driver took to the grandstands to help with the clean-up operation after the fans had left.

Vettel is well known for his increasingly vocal stance on protecting the environment and is running a campaign for sustainable water sourcing on behalf of BWT on his helmet this season.

Climbing into the grandstands at Silverstone on Sunday evening, Vettel got his hands dirty picking up rubbish and putting waste into recycling bags as he helped the clean-up crews. He also posed for pictures with remaining fans who were helping with the removal of the rubbish.