The former Haas pair have met each for the first time since the Bahrain GP. They talked about life after Formula 1 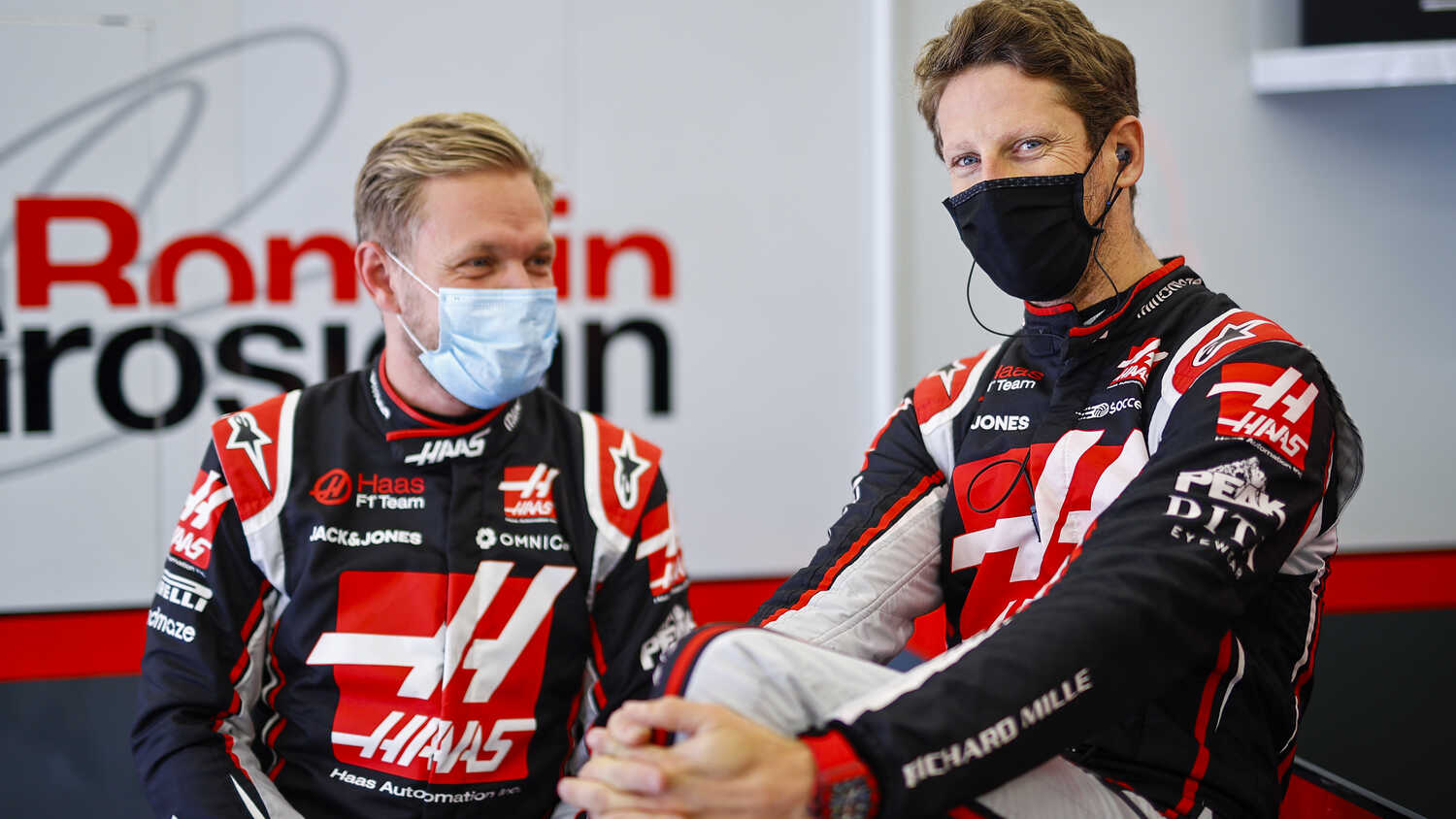 Romain Grosjean and Kevin Magnussen have met at a motorsport event for the first time since Grosjean's life-threatening accident at last year's Bahrain GP.

Grosjean is currently racing in IndyCar, having scored his first podium in the series at Indianapolis. Meanwhile, Magnussen is competing with Chip Ganassi in the IMSA WeatherTech Sportscar Championship, having taken his first pole position in the category for today's Detroit Grand Prix.

The two former Haas drivers talked about how their respective cars compare to F1 machinery, the Le Mans 24 Hours and Grosjean's injuries.

Magnussen said that "F1 cars were not difficult to drive" compared to his Chip Ganassi prototype whilst Grosjean is still slightly restricted with his hand injuries.