With only two races remaining before he bows out of F1 after 20 years, Kimi Raikkonen has been given a very special send-off from the Alfa Romeo team at their factory in Switzerland. 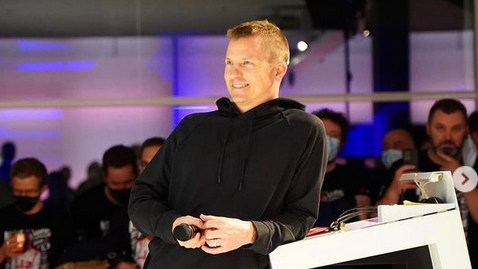 Kimi Raikkonen has been given a huge send-off from the Alfa Romeo team ahead of his impending retirement from F1.

With the Finn set to compete in his final two Formula 1 races at the upcoming Saudi Arabia and Abu Dhabi Grands Prix, his colleagues organised a grand celebration at the squad's factory in Switzerland in what looked to be an emotional event.

Staff formed a guard of honour and applauded as Raikkonen - who began his F1 career with Sauber back in 2001 - walked through with his wife Minttu and their two children.

It seemed to be a moving occasion for many, with Minttu Raikkonen writing on social media that it had been an "emotional night".

And whilst the Iceman himself is known for being a man of few words, the veteran driver took the microphone to speak to his team and later shared some words of thanks on Instagram.

See a video and pictures from the special event below!