Britta Roeske has always been by Sebastian Vettel's side in the Formula 1 paddock since his days with Red Bull. The German is the PR manager for the four-time world champion, a role she has held for years, and her influence continues to be felt. 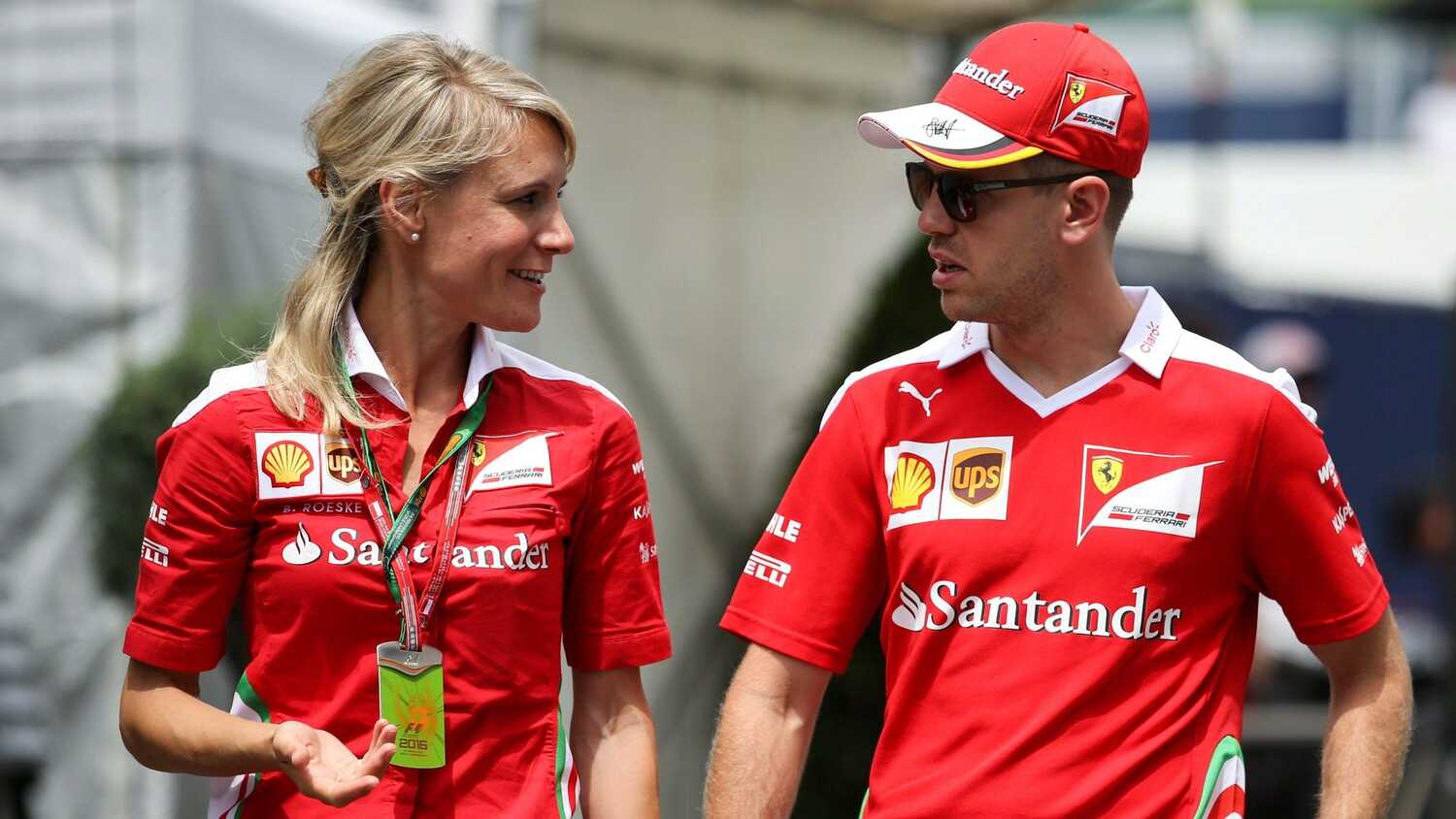 As Sebastian Vettel's PR manager, Britta Roeske is the link between the four-time world champion and the Formula 1 media. It's a role she has held for over a decade, helping Sebastian since his days with Red Bull.

Roeske started in Formula 1 with Renault before making the switch to Red Bull in 2005. She was eventually partnered with Vettel, and the two have been a constant presence in the paddock ever since. Roeske eventually became Vettel's personal PR managers, making here one of the few that is paid directly by the driver and not the team.

That's why it was no surprise to see Roeske join Vettel when he made the switch from Red Bull to Ferrari in 2015. History has repeated itself once again, as she will wear the dark green colours of Aston Martin alongside the four-time world champion at Aston Martin in 2021.

Although she prefers to be in the background, find out why she plays such a key role for Vettel in the video below.