Vettel loses second after being disqualified from Hungarian GP

After finishing a close second behind race winner Esteban Ocon, Sebastian Vettel has been stripped of his podium finish in Hungary. 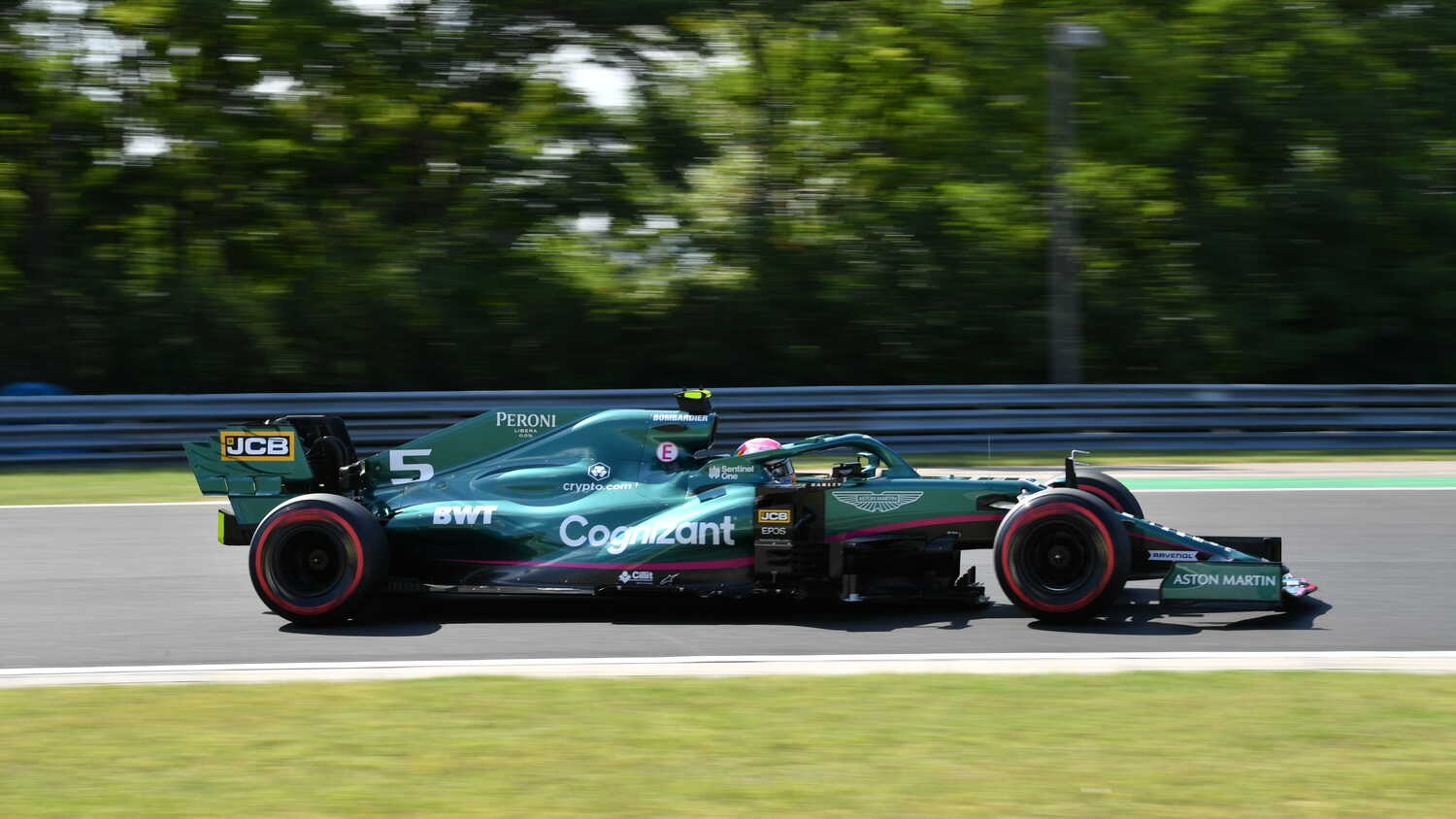 Sebastian Vettel has been disqualified from the Hungarian GP after the FIA were unable to take enough of a fuel sample from his Aston Martin car at the end of the race.

The German finished second on Sunday, his second podium for the team, and parked his car on the slowing down lap after a long battle with Alpine's Esteban Ocon. Unfortunately for Vettel, the FIA were unable to take enough of a fuel sample from his car after the race resulting in a disqualification.

"The team was given several opportunities to attempt to remove the required amount of fuel from the tank, however it was only possible to pump 0.3 litres out," read a statement from the FIA.

"During the hearing in presence of the FIA Technical Delegate and the FIA Technical Director, the team principal of Aston Martin stated that there must be 1,44 litres left in the tank, but they are not able to get it out. This figure is calculated using the FFM or injector model.

As a result Lewis Hamilton has moved up into second place while Ferrari's Carlos Sainz rounds out the podium after initially finishing fourth.

Update: Aston Martin have since appealed the penalty.