Vettel jokes about Hungary disqualification: I don't know where the trophy is!

Sebastian Vettel has made some playful comments about his disqualification from the Hungarian Grand Prix, hinting that he doesn't want to give up the trophy he got for finishing in second place. 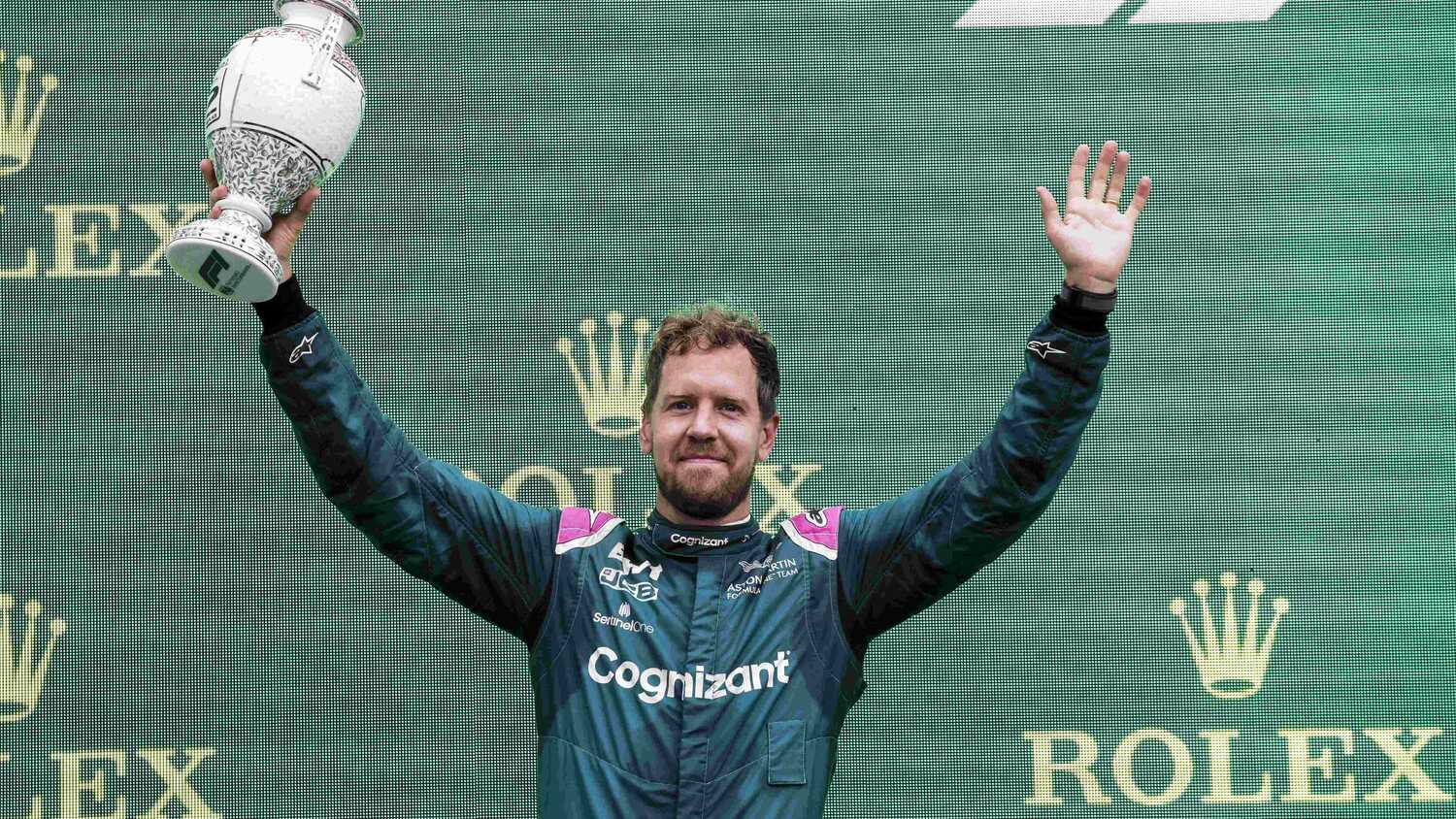 Sebastian Vettel has said his disqualification from the Hungarian Grand Prix left him feeling "very bitter", after what he viewed as a minor transgression ended up costing him second place.

Vettel finished second on the road in Budapest, having harassed eventual race winner Esteban Ocon throughout. But the Aston Martin driver was disqualified afterwards for failing to have enough fuel in the car to provide a fuel sample to the stewards.

An initial request for review resulted in an explanation that a fuel pump issue had resulted in the team using slightly more fuel than intended. Despite the circumstances, this was still a breach of the technical regulations and resulted in Vettel's disqualification being upheld.

"I don't know where the trophy is, I haven't seen it since. So it must be somewhere, but I don't know!" Vettel joked with media in Hungary, including RacingNews365.com, as the German will have to relinquish the trophy.

"The champagne is... it was done already on Sunday night, so that's gone? I don't know if that gets replaced as well!"

Having experienced the high of the day after getting the trophy and going through the podium ceremony, Vettel explained that he was left with a "bad taste" as he looks back on the Hungarian weekend. He suggested that the rules could be relaxed a little for such transgressions, given that there was no intent of wrongdoing.

"That's obviously bitter," he said. "I think it was a great result for us as a team and a lot of points that we scored.

"So [it's] very disappointing, but I don't think there's much that we could have done. Obviously, during the race, we had the fuel under control, we thought so. And, yeah, at the very, very end, I think it was the last lap, we found out that something might not be right. And we were very surprised when the fuel wasn't in the car. So it's very bitter.

"But those are the rules. So we have to accept and carry on. It was a very big day, also big points for us. But yeah, we obviously have lots of races, as I said before now, and [we will] try to squeeze some points in those.

"I was on the podium, I had the hype of the race. And it's just really afterwards that you're not allowed to take the reward, as in the trophy, as in the points. So I think that's the big disappointment.

"But, in the moment, obviously, I was there. And I had the emotions and it was a great day. So you look back and you have nice memories but, obviously, a bit of a bad taste left with knowing that you got disqualified."