Sebastian Vettel has said that he's now in a happier place than he was towards the end of his Ferrari tenure. 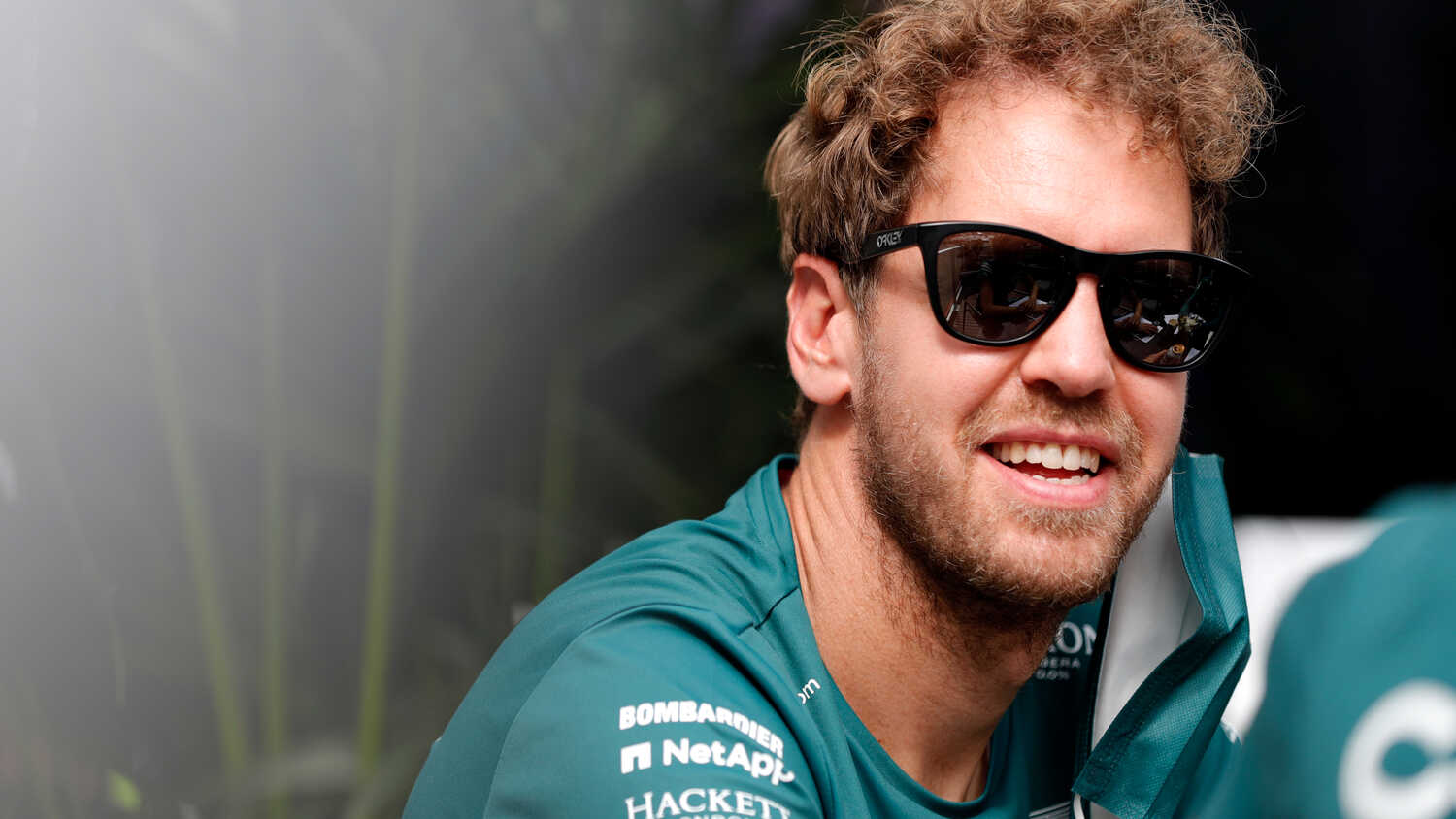 Sebastian Vettel has said that he feels in a better place now than he was towards the end of 2020 as his departure from Ferrari loomed.

Having spent five years with Ferrari, the team confirmed that they would drop Vettel for 2021. The timing of the announcement, in early 2020, meant a season of tension, with Vettel struggling for pace and making several mistakes before finding refuge at Aston Martin.

While his first season in green proved to be somewhat disappointing, as the AMR21 was less competitive than expected, Vettel finds himself in a happier environment.

In Abu Dhabi, Vettel could be heard on the radio saying, "Thank you for giving me a new home". His first season with the team yielded 11th in the championship standings, as well as a podium for second place in Azerbaijan.

Asked whether he's happy after his first term, Vettel pondered the question.

"Well, my departure from Ferrari may have been a little weird. In that regard, I'm happier now than I was before," he said, in conversation with Germany's Blick.

"But I never want to miss my time at Ferrari. Even if my planned great successes did not materialise there. We wanted to be World Champions."

Vettel did pick up an award in 2021, as he won the newly-created 'Overtaking Award' for making 132 overtakes during the season.

"Well, if you usually have to start in the lower regions, you have a better chance of winning this overtaking title," he laughed.

"I would have preferred more points and, especially in Budapest, not lost my second place on the podium (referring to his post-race disqualification due to not having enough fuel left in the tank)."

With Vettel moving to Aston Martin, which were hugely competitive in 2020 in their Racing Point guise, he admitted that the step backwards had been a disappointment.

He explained: "We generally had a difficult year with the new regulations and the modified underbody. We didn't have as steep an angle of attack at the rear as Red Bull, for example. Mercedes also suffered from the underbody. In 2020, they were 1.5 seconds ahead.

"Our car is not that efficient. That is a weak point. Unfortunately, too often we had too much drag."

Looking ahead to 2022 and the start of the new regulation cycle, Vettel said he has no interest in speculating on how competitive the team could be as they start over with a blank page.

"Of course, you can't give any figures or forecasts yet," he commented.

"I can't say now that we will be the fastest team and become World Champions. But when you talk to all the teams, most of them hope and believe that they will be at the front.

"That won't work out - we have to keep our feet on the ground and remain realistic."