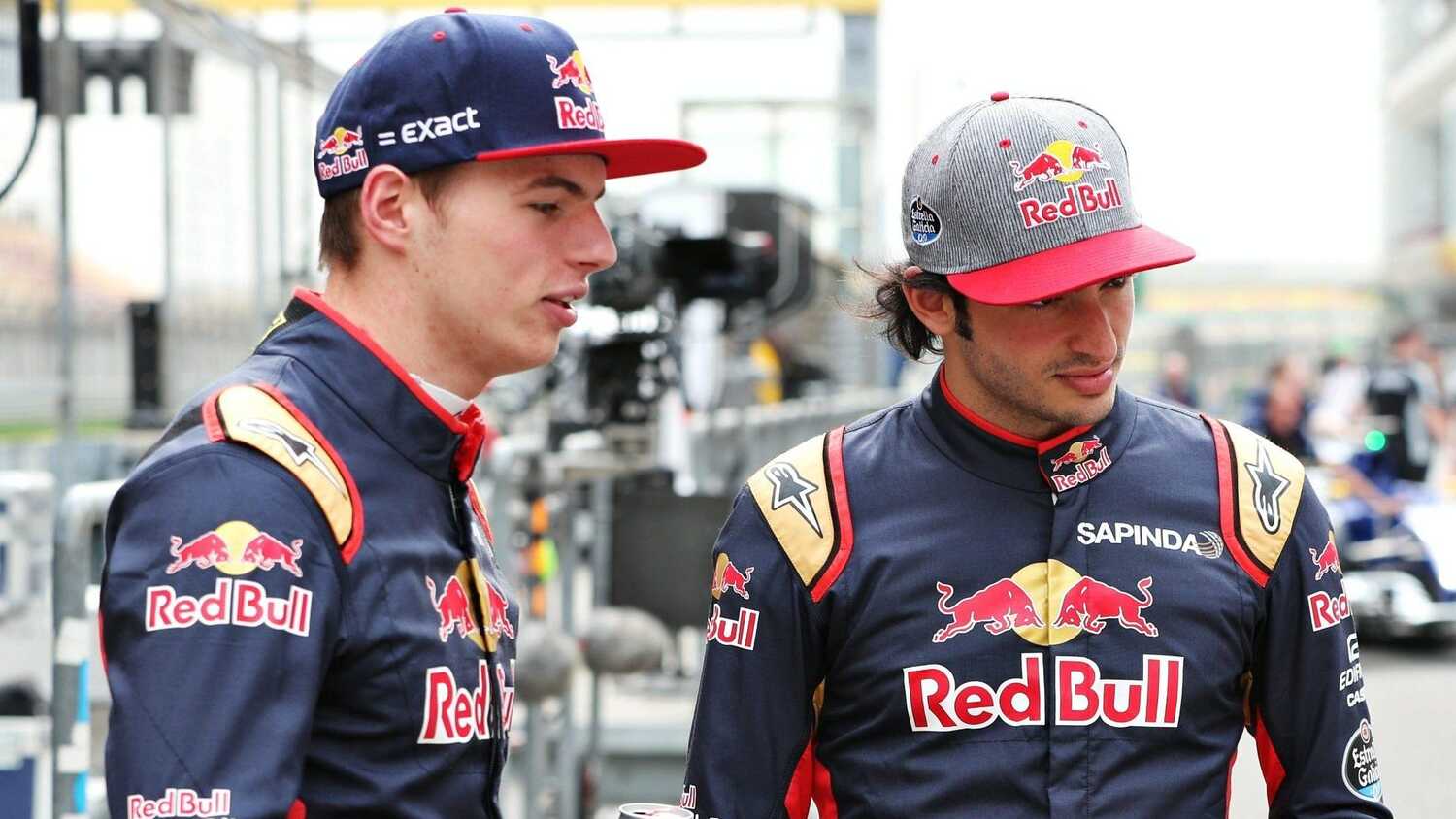 Carlos Sainz admits that seeing his former teammate Max Verstappen claim the title has given him hope for his own prospects.

The two drivers formerly raced alongside each other at the then-called Toro Rosso team when they each made their debuts in Formula 1 back in 2015.

Verstappen went on to be promoted to Red Bull during the 2016 season, winning in his very first race with the senior team.

Meanwhile, Sainz has gone on to score podiums with McLaren and Ferrari, and ended his debut year with the Scuderia by finishing P3 at the season-closing Abu Dhabi Grand Prix.

Up ahead of Sainz, Verstappen beat title rival Lewis Hamilton on the final lap of the race to not only win the Grand Prix but also take the World Championship in the process.

Sainz has offered his congratulations to the Dutchman and feels that it reflects well on his own chances of following suit.

"I think whoever came [out] on top today was going to deserve it," Sainz said of the title fight after the event.

"I think they are two great drivers at the peak of their careers, putting together a great show. Congratulations to both, especially for Max, obviously, after that mega win.

"[I'm] happy for him because we shared our first year [in F1] together at Toro Rosso, and to see him now capable of winning a World Championship, it's also like a good thing for me, and I look up to it."

With the late-race drama that occurred at the Yas Marina Circuit, Sainz admits that his podium finish came as a bit of a welcome surprise.

"After everything that unravelled in that race, with that late Safety Car, we were in the right place at the right time all the time, with a good pace.

"And yeah, a podium to end a nice first season for me at Ferrari. [I achieved] P5 in the championship. I took it all today and definitely enjoyed it."

Sainz's fifth place in the championship puts him ahead of teammate Charles Leclerc, who finished P7, with McLaren's Lando Norris in between in sixth.