Verstappen: There are no sides at Red Bull, just one whole team

Whilst Max Verstappen does not have a preference who his teammate is, the Dutchman says that there are not different 'sides' to the garage at Red Bull as the team works as one unit. 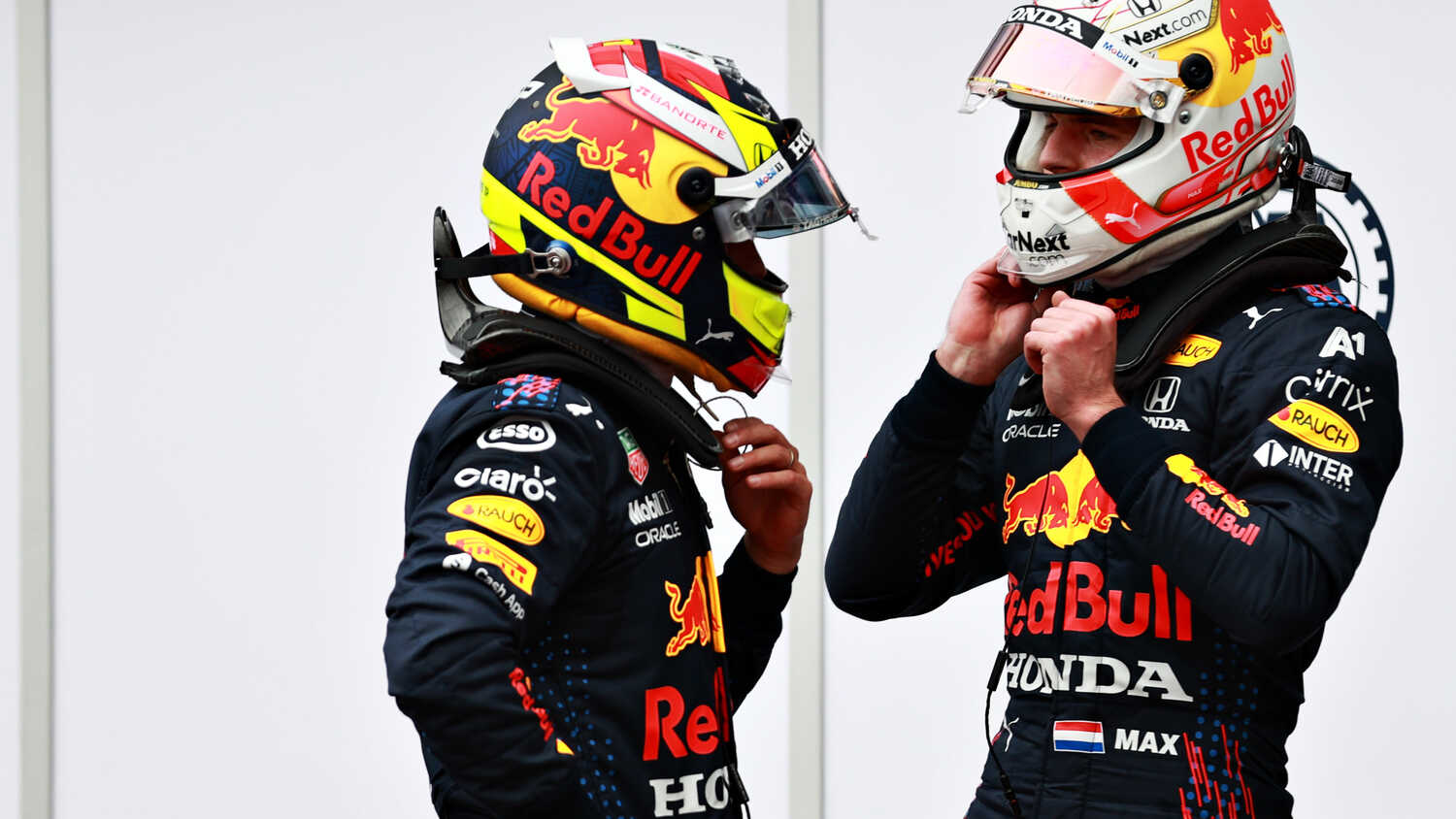 Max Verstappen does not believe there are two sides at Red Bull for him and his teammate, with the team instead functioning as a whole.

The Dutchman was joined by new teammate Sergio Perez this year after the team chose to replace Alex Albon and has so far been impressed by the Mexican. Verstappen thinks that the team is working well since Perez's arrival.

"I think what is important is to have the team just working together," Verstappen told Channel 4 F1. "Like fully both sides. I don't even call it sides, because in our team there are no sides.

Since Daniel Ricciardo left the Milton Keynes-based squad at the end of 2018, Verstappen has had three different teammates. Pierre Gasly was initially brought in as Ricciardo's replacement but was demoted back down to the junior team before the season was over. Albon was then given the opportunity, yet also struggled to match Verstappen's pace.

Verstappen insists that he doesn't care who his teammate is, but is pleased so far with how Perez has fitted in.

"It's good to have a challenge, but I'm also very happy with Checo at the moment as a teammate. He is doing a great job.

"I think he has shown... he's a great addition to the team, and it's very important to have both cars to score the points."

Red Bull previously held the lead in the 2021 Constructors' Championship but were leapfrogged by Mercedes after two difficult races in Britain and Hungary.

Meanwhile Verstappen has been overtaken by Lewis Hamilton in the Drivers' Standings and the gap currently stands at eight points.