Max Verstappen has slammed the race officials in Saudi Arabia, saying the events of the race were "unbelievable". 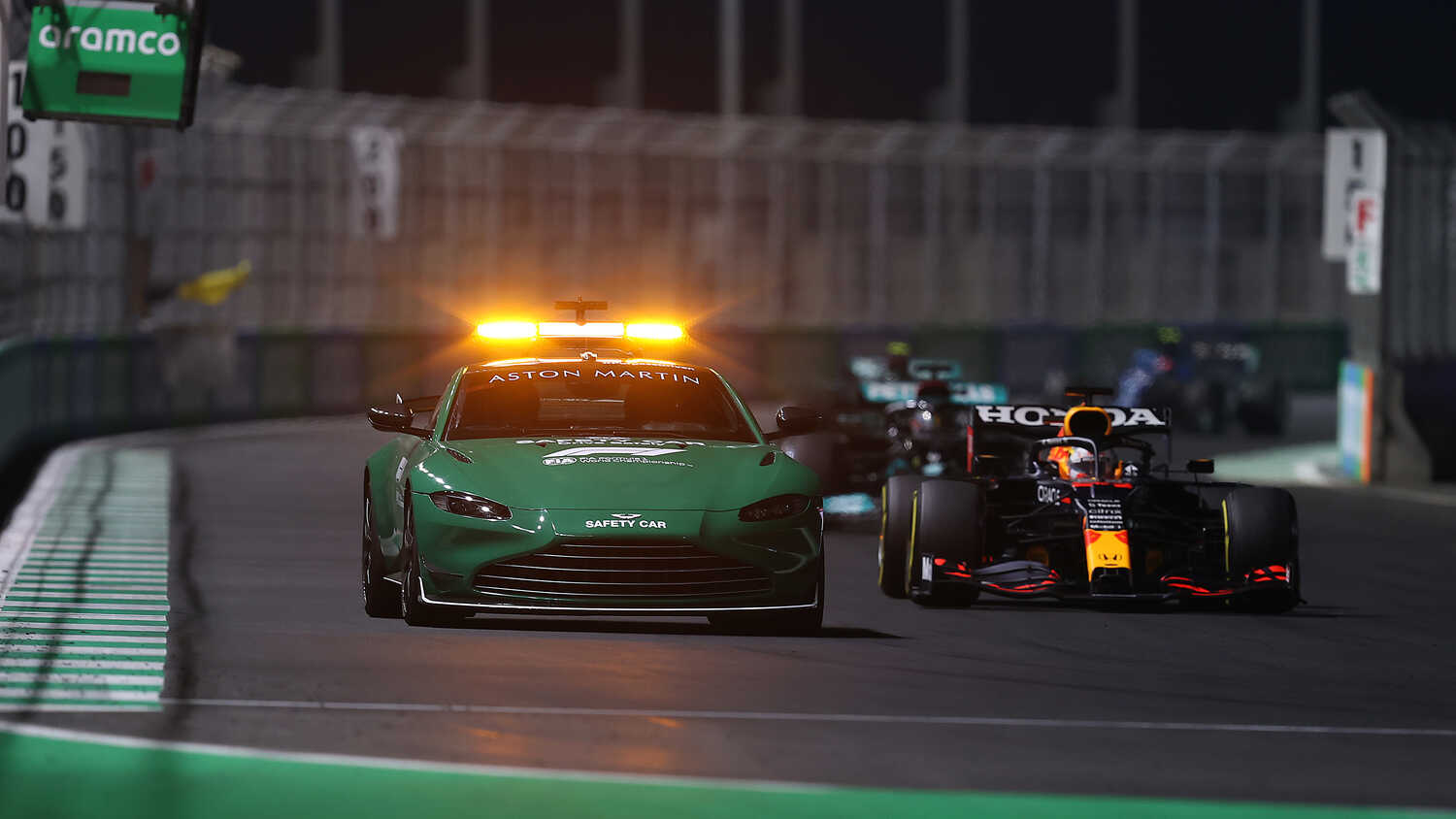 Red Bull's Max Verstappen has lashed out at the officiating in Formula 1 after being beaten by Lewis Hamilton at the Saudi Arabian Grand Prix, setting up a grandstand finale in Abu Dhabi next weekend.

It came due to an apparent misunderstanding when Verstappen tried to cede position to Hamilton after going off track to retain the lead amid an overtaking attempt from Hamilton at Turn 1 on Lap 36 of 50.

"What happened is unbelievable"

Verstappen, who picked up a five-second time penalty for not ceding position, despite appearing to attempt to, was voted the official 'Driver of the Day'.

"Luckily, the fans have a clear mind about racing, because what happened today is unbelievable," Verstappen retorted on team radio, when told about the plaudit by F1's Rosanna Tennant.

"I'm just trying to race, and it's more about penalties than racing, so, for me, this is not Formula 1. At least the fans enjoyed it and I gave it all today, but clearly not quick enough - I'm still happy with second."

Verstappen then explained that he felt aggrieved by the events of the race, even aside from the collision between himself and Hamilton.

"A lot of things happened which I don't fully agree with, but it is what it is," he said.

"I mean, at least I tried on track, to give it [my] all, but I'm not sure if the tyres would last to the end of the stint. We were lacking a bit of rubber towards the end but [it's] still second."

Asked about the contact with Hamilton on the run down to the final corner, Verstappen was reluctant to be drawn into the conversation.

"I don't really understand what happened there," he said, as the incident goes before the stewards.