Max Verstappen has reacted to comments made by title rival Lewis Hamilton ahead of the Saudi Arabian Grand Prix. 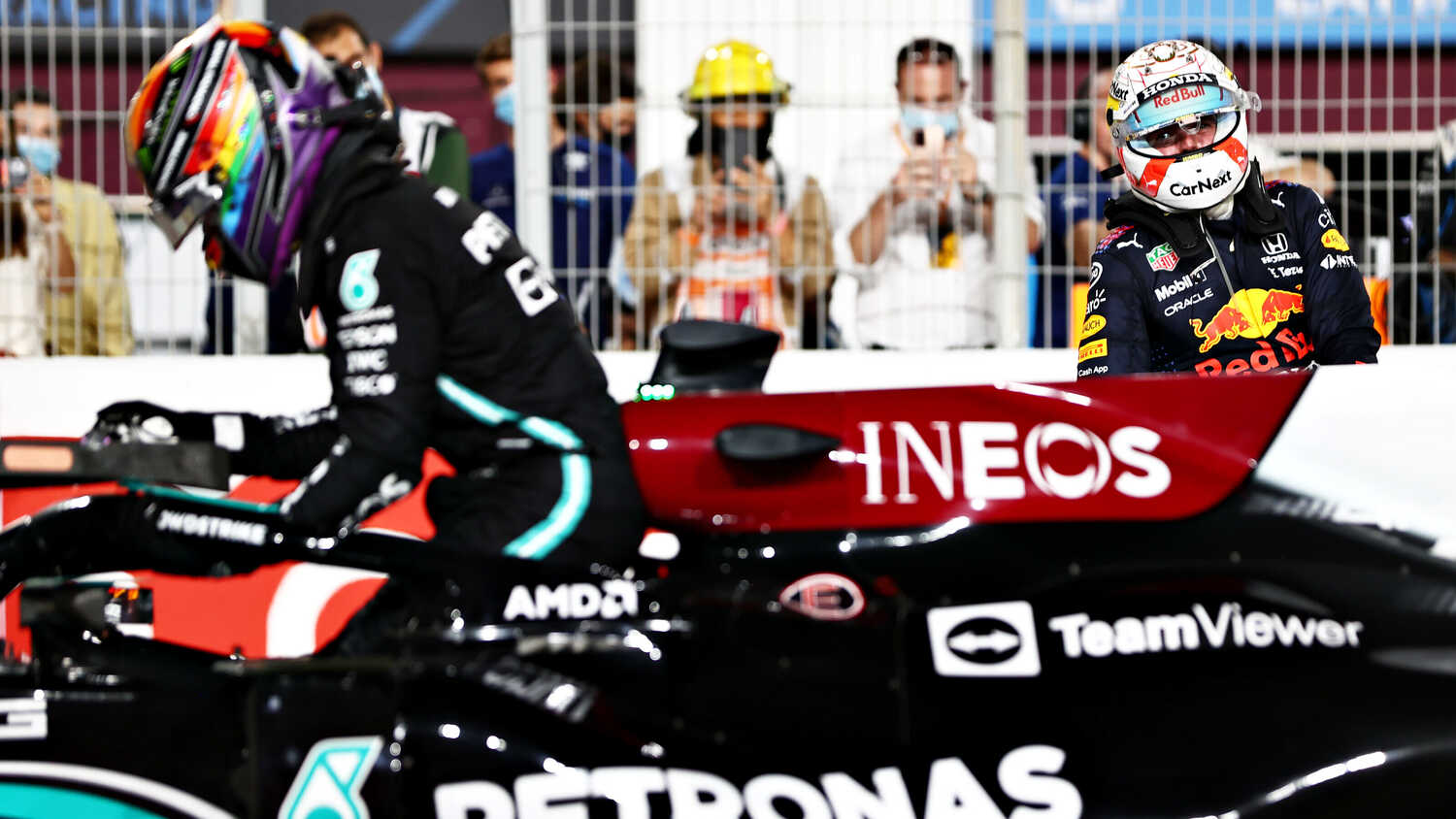 Max Verstappen doubts that Lewis Hamilton's experience of fighting for World Championships will make a "big difference" during the 2021 title run-in.

Verstappen and Hamilton have been locked in a close fight all season, with the Dutchman holding an eight-point lead heading to Saudi Arabia - where he can claim the title if he outscores his rival by 18 points.

Earlier on Thursday, Hamilton claimed that he is feeling "more relaxed than I've ever been", as he looks to win what would be a record-breaking eighth crown.

"I don't think it makes a big difference"

When asked for his response to the comments, Verstappen told accredited media, including RacingNews365.com, that Hamilton being more prepared than previous years is "natural", but he has no concerns about his own experience.

He explained: "Well, I think it's natural, of course, that when you are in this stage of your career, you're better prepared than what you were in your first or second, when Lewis was fighting for his first title. I think that's just a natural progression and it's very normal.

"I mean, I also feel much better prepared and more experienced than when I just came into Formula 1. So no, I don't think that it makes a big difference, otherwise it would have shown already throughout the season.

"As a driver, you always keep learning, even when you're 30, 35, 40. You learn through experience. Naturally, you become quicker, but you maybe know or understand how to deal with certain situations, or prepare yourself better - these things are pretty normal."

"It's been a really cool season"

Asked if competing head-to-head with Hamilton this year has made him a better driver, Verstappen played down the suggestion, though admitted that he has thoroughly enjoyed the season.

"I don't think that necessarily I'm a stronger driver now," he said.

"I mean, I think last year I had, for my feeling, also a very good season. But I'm always looking at myself, what I can do better, and you learn throughout every single season certain things, what you can do better.

"I think so far that has worked really well. I mean, I've been really consistent, and I'm generally pretty happy with the performances. But I will never be entirely happy. Even when I win a race, I always look at things that could have been better, or in general throughout the whole weekend.

"But I think fighting against Lewis, in general, has been good for the sport. It's a young guy against the established multiple World Champion. I think it's just very exciting.

"For me, at the end of the day, it doesn't matter if you're fighting against someone who's my age, or a World Champion, you know that both of them are great drivers. Some might have had a bit more luck, in general, to be in a good car for a longer time, but that doesn't take away that they're a great driver.

"We always try to beat each other, of course, but I think so far it's been a really cool season."