Red Bull's Max Verstappen has praised his team for the progress they made overnight to secure a front-row start in Turkey, following a tough first day of practice. 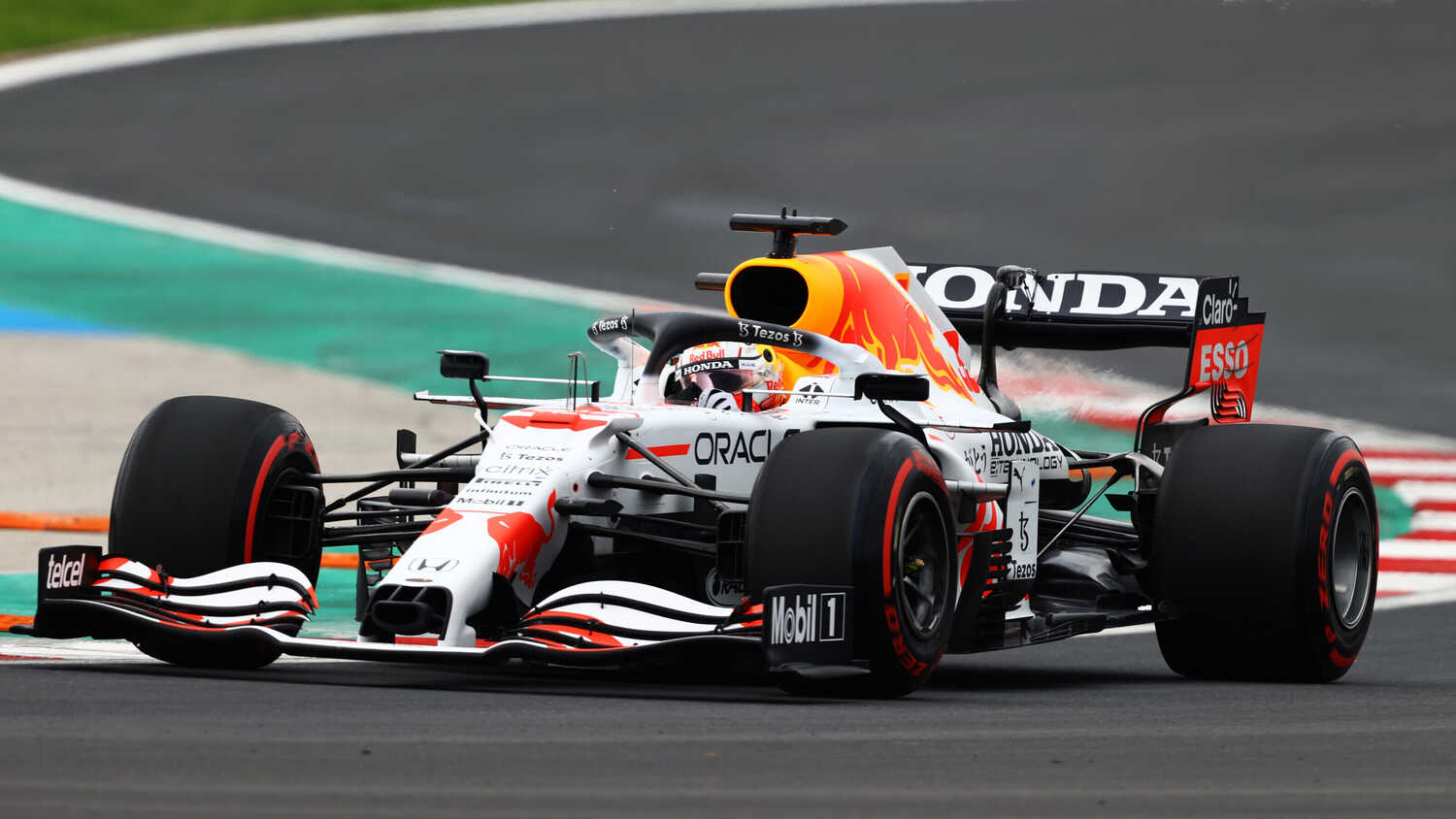 Max Verstappen will start Sunday's Turkish Grand Prix from the front row of the grid, in second place, after finishing third fastest in qualifying.

Verstappen's title rival, Lewis Hamilton, went quickest overall in the grid-deciding session, but drops back to 11th as a result of an engine-related grid penalty.

Verstappen will therefore line up alongside pole-sitter Valtteri Bottas, and has praised the work done by Red Bull overnight after placing a subdued fifth in practice on Friday, having struggled with understeer.

"At the beginning, it was quite tricky with the conditions, but I think compared to yesterday we actually managed to turn it around quite well," Verstappen said after qualifying.

"The laps overall were quite good, even though on the last lap, I lost a little bit down the straights, [so] we have to look into that, but there wasn't the lap time in it to fight for pole.

"But overall, I think [it was] quite a decent recovery compared to yesterday, so third is the maximum today, tomorrow lining up in second. Let's wait to see what the weather will do overnight, but I'm pretty happy."

With Red Bull tweaking their setup after struggling for long-run pace on Friday, Verstappen is confident that the direction they've moved in will bear fruit in Sunday's race.

"It should be a bit better," he commented.

"Let's see how competitive we are going to be in the race. Tyre wear seems quite high around this track, but at least now the track is a lot of fun to drive, especially also the long left-hander at Turn 8.

"We'll find out tomorrow. I'll try to pick up as many points as we can."