Verstappen outlines his plans for the winter after 'complete hangover'

Red Bull's Max Verstappen plans on putting his feet up for the winter, after a tough 2021 season. 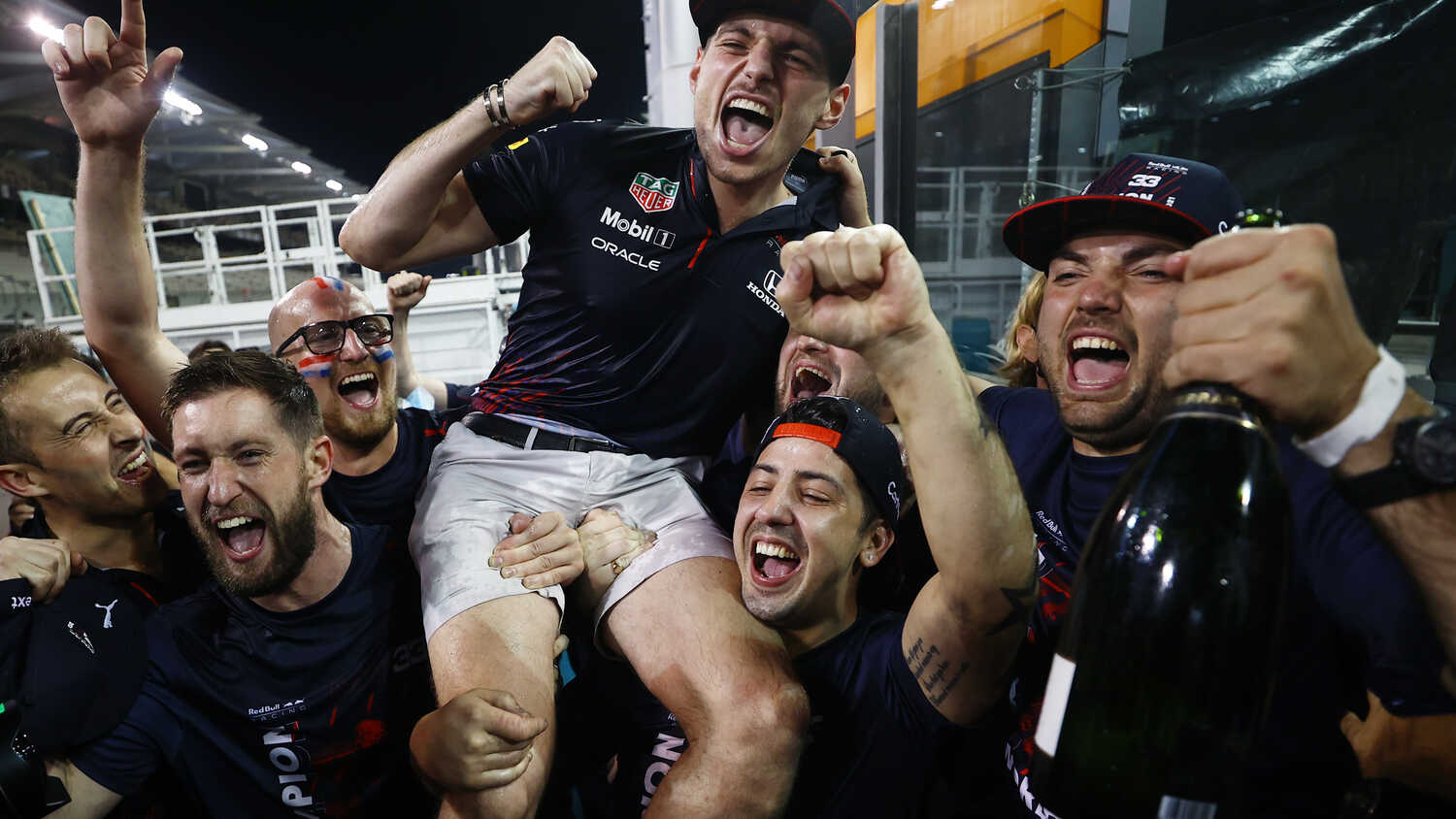 Max Verstappen intends on doing as little as possible over the winter break, as he heads into a few weeks of downtime after wrapping up his maiden F1 title.

Winning the 2021 F1 Drivers' World Championship in Abu Dhabi, Verstappen gave an interview to the Red Bull media house ahead of the FIA Prize-Giving Gala on Thursday.

Admitting that he was "completely hungover" doing the interview, after video footage of a clearly worse-for-wear Verstappen singing Queen's We Are The Champions with his team emerged on social media, the Dutchman said it was important to mentally switch off.

When asked about what his first week as World Champion looked like, Verstappen said: "Well, I'm doing this now today being completely hungover.

"I have to do the tyre test [on Tuesday]. And after that, I'm going to go home and try to see the family as quickly as possible.

So frantic have the last few days been, that Verstappen admitted he hasn't even had time to read his text messages properly.

"I've seen a few reactions, but I still need to go through my phone," he explained.

"I mean, I literally didn't have any time to look at anything, so I'll do that in the next couple of days."

"It's all been worth it"

Having partied hard in Abu Dhabi after winning the title, Verstappen admitted to feeling "a bit destroyed" by his celebrations as he let his hair down.

"It's just an incredible feeling right now," he went on to comment.

"Just everything from the whole season is coming out. [It was an] insane, intense, crazy season, but also the race in general.

"So at the moment, I'm just, incredibly happy. It was a long night, not a lot of sleep, so I'm not feeling a hundred percent but, of course, it's all worth it.

"I think it was a real relief for everyone with the outcome but, in general, throughout the whole season, it has been so busy. To have this kind of celebration altogether, it was really special, really amazing."