Verstappen out of practice after technical failure strikes

Red Bull's Max Verstappen is out of second practice at Imola, after a suspected technical failure on his RB16B. 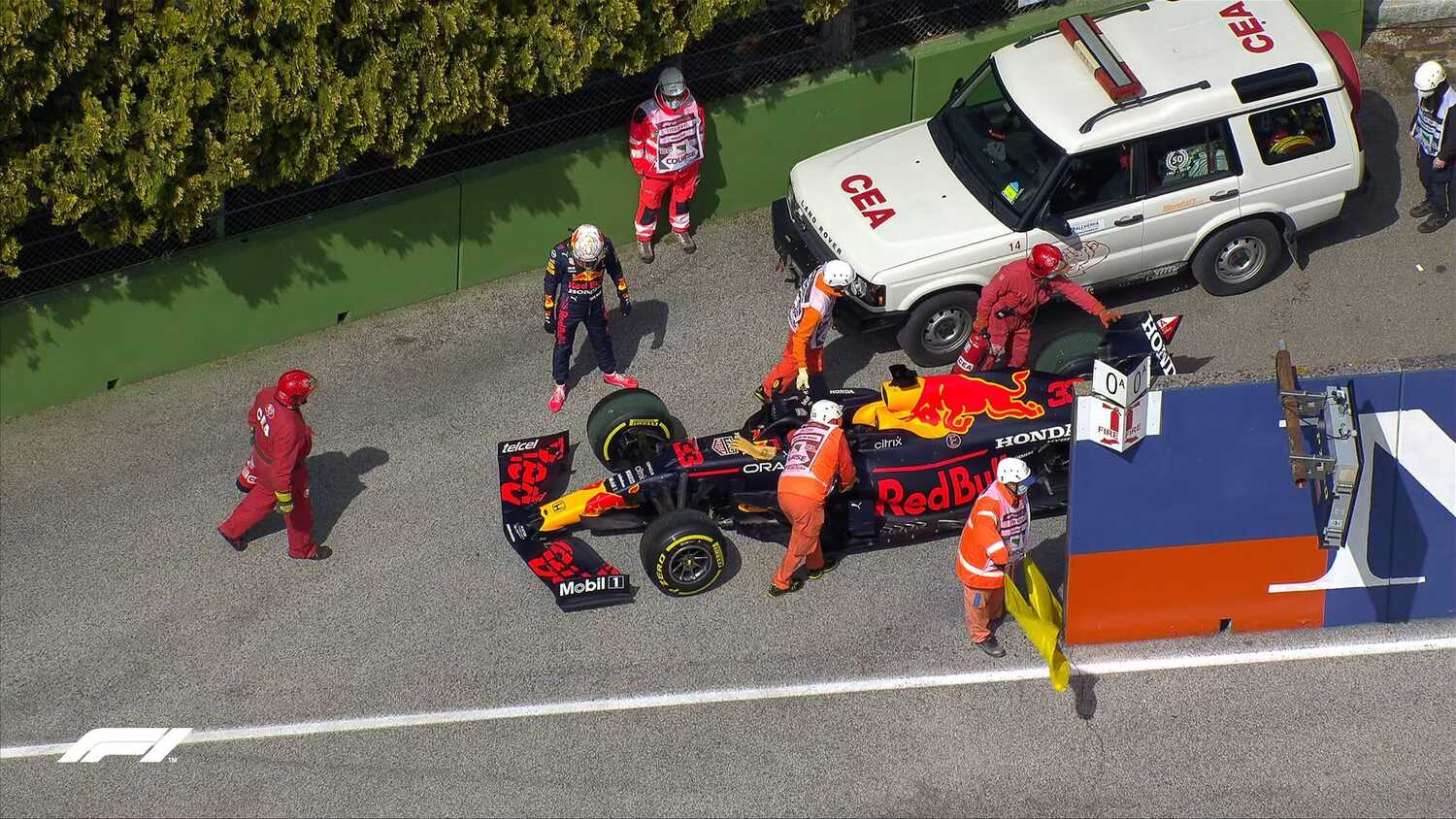 Max Verstappen is out of practice early on Friday afternoon at Imola, after his Red Bull suffered a technical failure.

Just ten minutes of second practice had elapsed, when Verstappen slowed entering the main straight. Onboard footage showed him struggling for drive, and he radioed in to say "Something snapped at the rear."

He brought his car to a halt at the end of the pitlane exit, and clambered out.

The session was briefly neutralised under a Virtual Safety Car while the car was recovered, with Red Bull yet to explain the issue that brought his car to a stop.

According to initial reports, the problem is not related to the engine or gearbox. At the last race, in Bahrain, Verstappen was affected during the race by a differential issue and also had to run his engine in a lower power mode after a software issue caused overheating.