Max Verstappen finally got his hands on the F1 Drivers' trophy at the FIA Prize-Giving Gala. 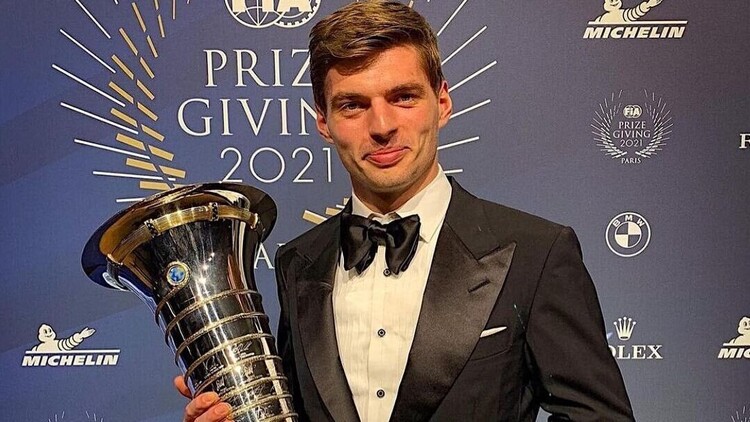 Max Verstappen is officially the new F1 World Champion after being crowned at the FIA Prize-Giving Gala in Paris on Thursday night.

With Mercedes ultimately opting against an appeal over the controversial ending to the title-deciding Abu Dhabi Grand Prix, Verstappen was clear to pick up the Drivers' trophy for the first time.

Verstappen nonetheless had his moment in the spotlight as he took to the stage to collect his prize, along with champions from the FIA's various motorsport categories.

"It's my life goal achieved. It sounds pretty decent, I think," Verstappen smiled, when asked how he felt about collecting the trophy.

"Everything that comes next is just a bonus, to be honest. But I'm going to keep pushing - I'm going to be in F1 for a few more years!"

Mercedes didn't walk away empty handed, as they picked up the Constructors' trophy with Chief Technical Officer James Allison.

As the last official engagement of the year, the F1 fraternity will now head into a short winter break, ahead of car launches being confirmed and pre-season testing beginning for the sport's new era in 2022.