Verstappen: Norris doesn't deserve punishment for what he did 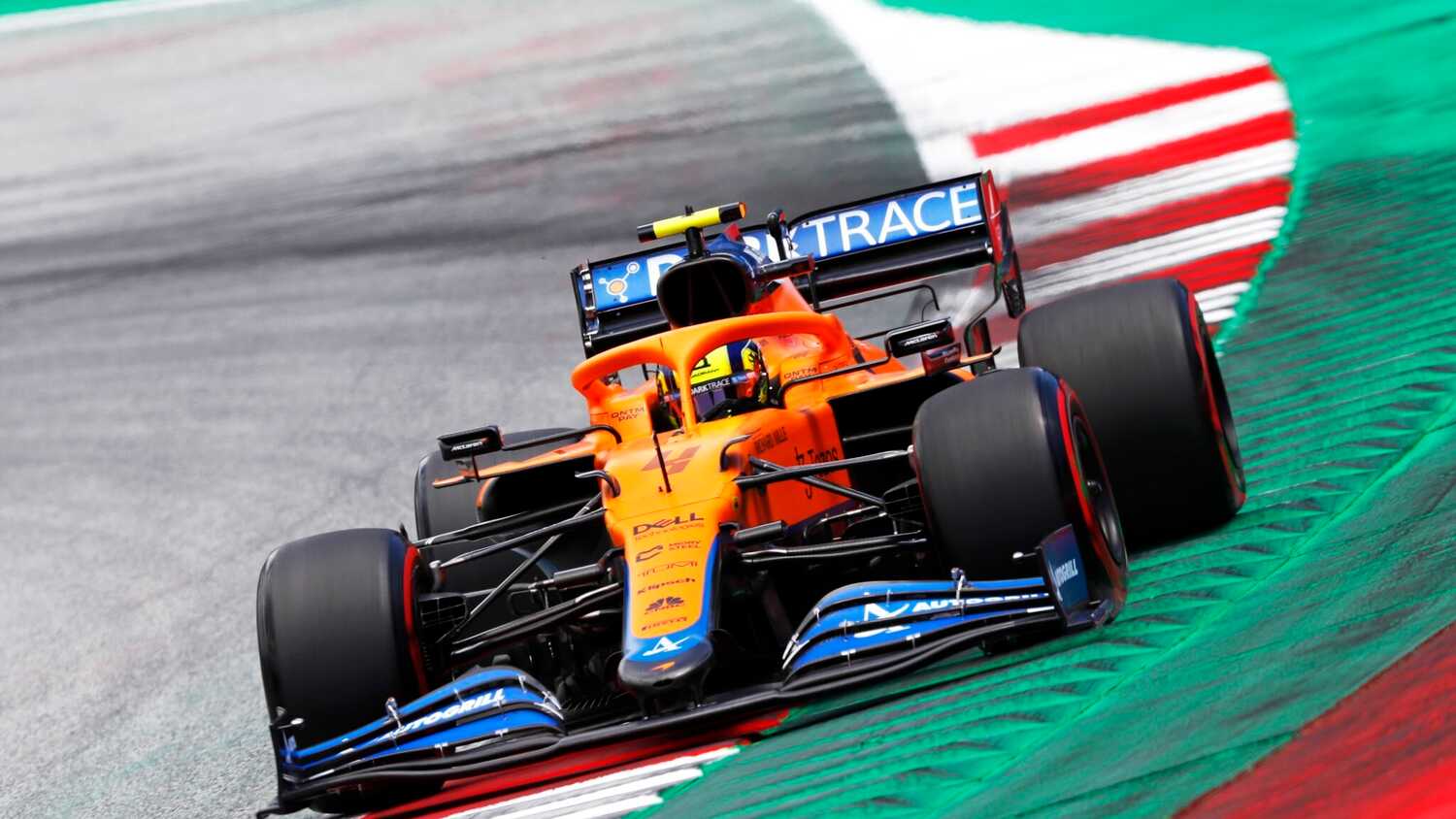 Max Verstappen doesn't believe Lando Norris deserved punishment for pushing Sergio Perez off the track during the Austrian GP. The McLaren driver was under attack from Perez in the early stages of Sunday's race when Perez ran out of room at Turn 4 and ended up in the gravel.

As a result of the incident, the stewards awarded Norris a five second time penalty. This penalty resulted in him ending up behind Valtteri Bottas at the pit stops, as well as landing him with two penalty points. This takes him to a total of ten penalty points for the current twelve month period.

"So if you would have six of these incidents, right, today, if you get that six, I don’t think you deserve a ban for what he did today or
whatever," Verstappen told the media, including RacingNews365 after the race.

"I think it’s just not correct. I’ve been there myself, I was at nine at some points myself and yeah… it’s how it goes but I don’t think with the things… actually, what you got the penalty points for, say you would get to 12, you don’t deserve a ban for that. So there’s stuff… I’ve said it before, myself two years ago, that we should look into that but let’s see."

While Norris loses two of those penalty points before the next race at Silverstone, he will remain on eight penalty points for the next ten races, meaning there's little room for any further transgressions on his part. The British driver branded the penalty as 'stupid', and explained the incident from his perspective.

"Why should I deserve penalty points today for someone going into the gravel?" he questioned.

"Yeah, nothing I’ve done is dangerous and I don’t feel like, maybe in some cases you deserve an on-track penalty, because you’ve done something bad in terms of racing and you just made a mistake but then you have things that people do every now and then which are purely dangerous.

"If you do genuinely overtake in a yellow flag and do something else that’s clearly a rule that will put people in danger then I understand penalty points for a driver and if that adds up you get a driver ban or race ban but for little things like this, it’s stupid in my opinion.

"It’s not what Formula 1 should be. Yeah, I don’t know. I would expect and hope that other people would back me up on this kind of opinion."

Norris joked that his boss is ready to step in and replace him, should he pick up a race ban.

"Well, just in case, Zak’s is ready to jump in when I can’t… when something happens again!" he said.

"In my opinion, they should be decisions about when someone’s done something dangerous and put someone in harm’s way and done something that they shouldn’t have done and then you have racing and when people have to use common sense."