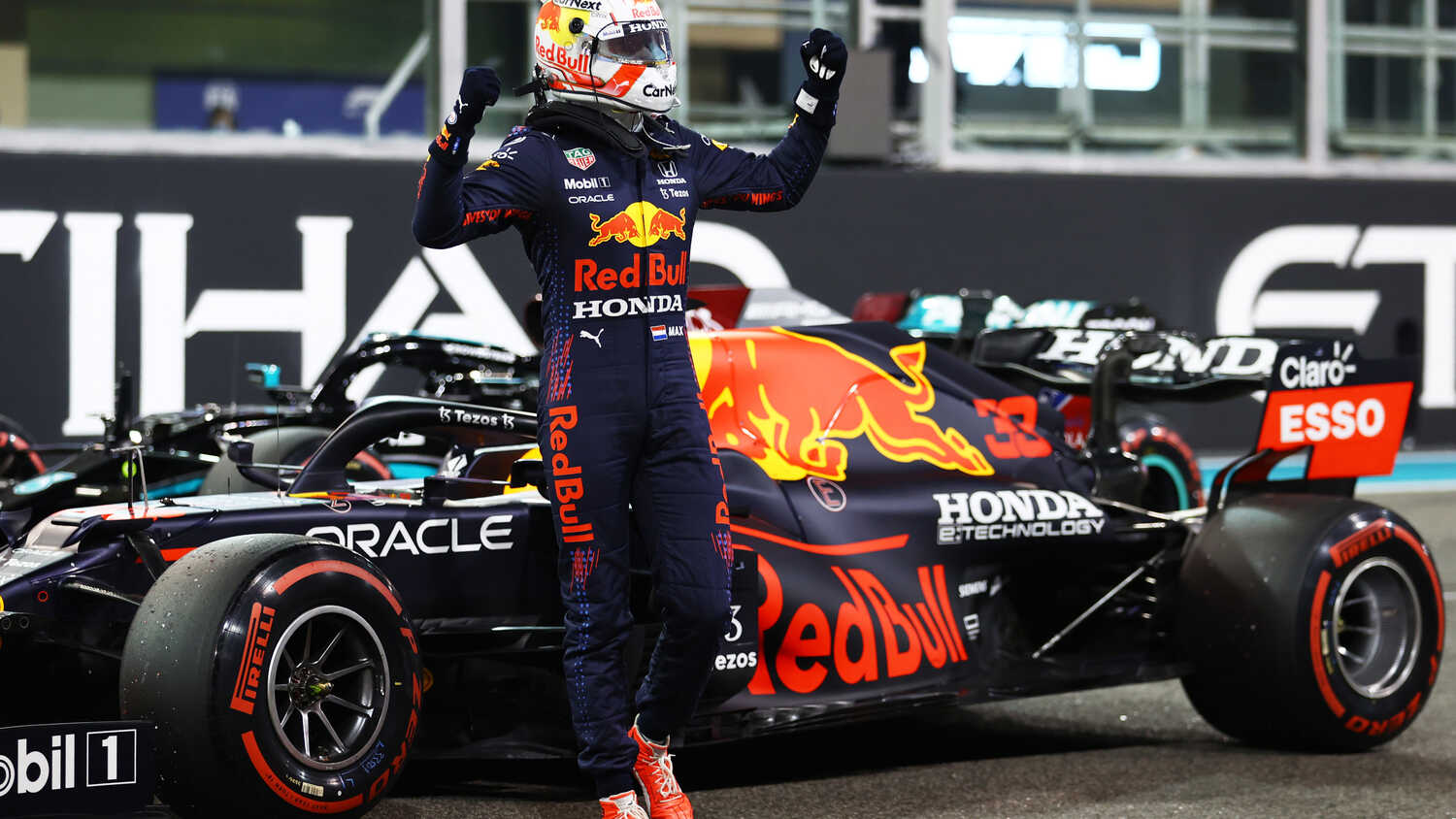 Lapping almost four-tenths of a second quicker than Hamilton in Q3, Verstappen will start the season finale from pole position.

"Yeah, it's an amazing feeling. I think we definitely improved the car again in qualifying because, so far this weekend, it was a bit on and off," Verstappen said after clinching a crucial pole position.

"[I'm] incredibly happy with this, this is what we wanted, but it's never easy, especially with their [Mercedes'] form the last few races.

"Now I'm just looking forward to tomorrow, because that's the most important."

Verstappen starts on the Soft tyre, which would indicate a likely two-stop strategy for the Dutch driver, while Hamilton will start on the Medium to leave a one-stop strategy open for him.

With Verstappen set to have a small tyre advantage for the very start of the race, he wasn't particularly worried about the differing strategies.

"I felt good on both tyres. Naturally, now, in the evening, it's a bit cooler, so it should be a bit easier for the Soft tyres," said Verstappen.

"But we'll see tomorrow. It's very important to have a good start and from there onwards, we'll just do our very best, and then we'll see where we end up."

As for how he approached qualifying, Verstappen said he did his best to remain calm in the face of Hamilton's pace in practice.

"I was very relaxed going into qualifying," he explained.

"I know I always do the best I can and I know my team always gives me the best possible car, and we've been doing that already the whole year. Today, that worked really well."