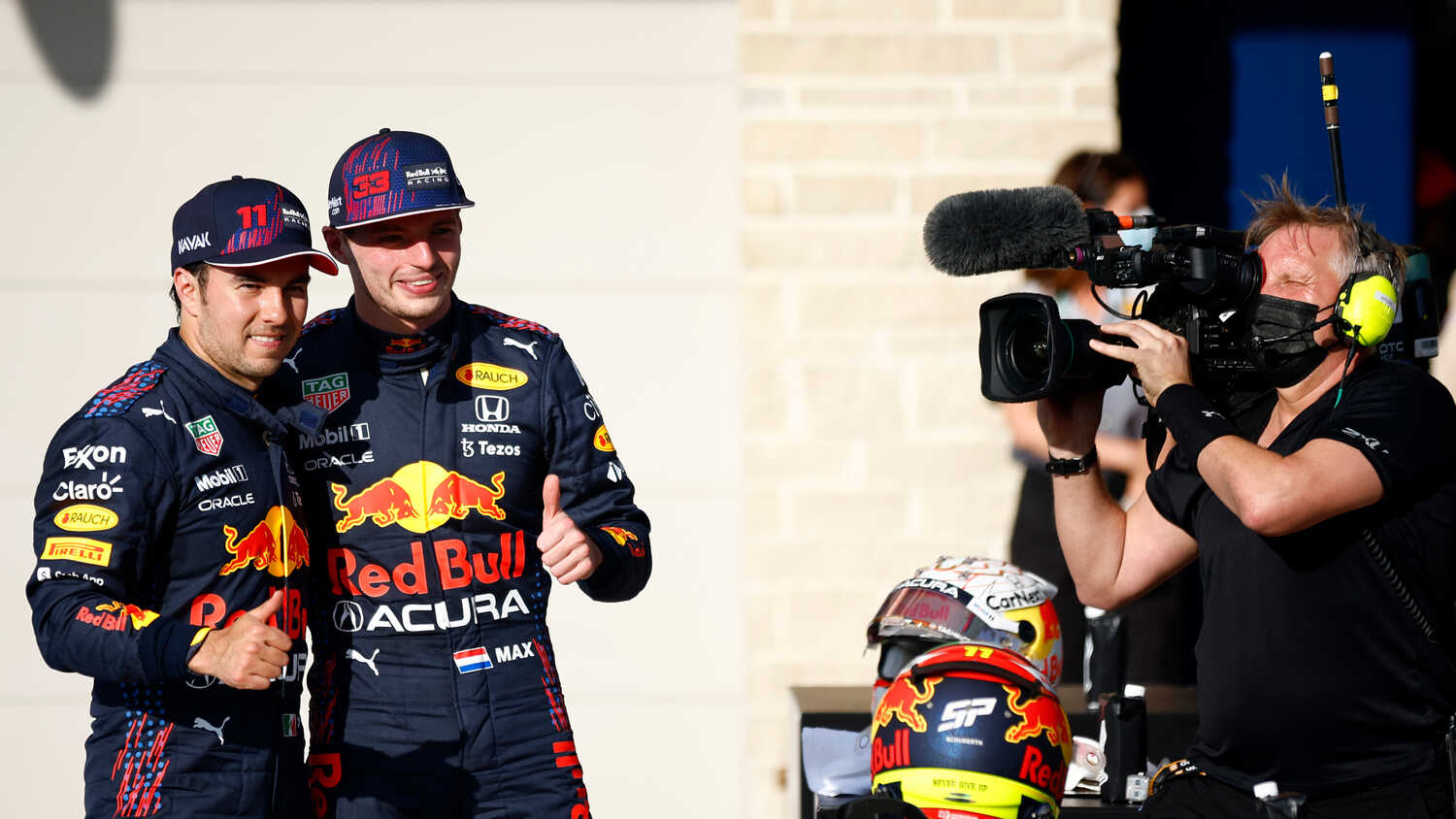 Max Verstappen praised Red Bull and their efforts in qualifying as he and teammate Sergio Perez will start Sunday's United States Grand Prix from first and third on the grid respectively.

The Dutchman snatched top spot from Lewis Hamilton at the death, crossing the line after the chequered flag waved to claim his ninth pole of the season.

"It was quite exciting out there, also in Q2 to make the lap time with the harder compound," Verstappen said after the session.

"In Q3, my first lap wasn't amazing, and on the final lap it also started spitting [with rain], in the last sector especially.

"I wasn't sure if I was going to hang on to my lap time, but it was enough. To put the lap time in and be on pole position, but also be P1 and P3 as a team, I think was a very strong performance."

Hamilton will line up alongside Verstappen on the front row, which should make for another exciting opening lap.

He added: "I guess that's what people like. From here onwards, we'll hope to have a good start, and then work together as a team to get the best possible result."

Verstappen leads Hamilton by six points in the standings ahead of the race.