Verstappen gutted by 'terrible' mistake that cost him pole

Red Bull's Max Verstappen was left to rue a driving error that cost him the chance of a crucial pole position. 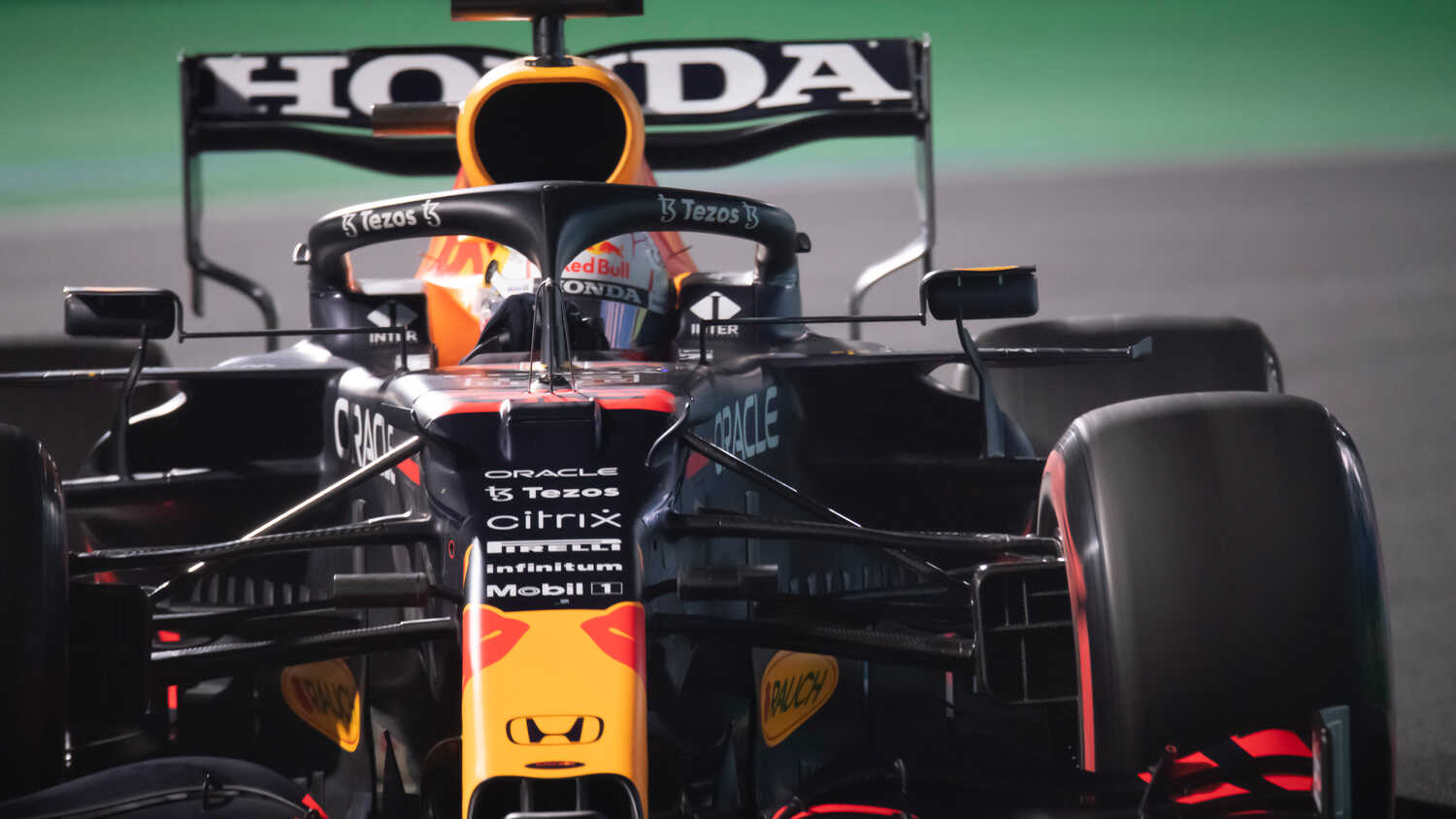 Max Verstappen was left metaphorically licking his wounds after qualifying in Saudi Arabia, having made a mistake right at the end of Q3 that cost him the chance of pole position.

With Mercedes' Lewis Hamilton and Valtteri Bottas climbing to first and second with their final runs in Q3, Verstappen was rising to the occasion and two-tenths up through the first two sectors of the lap.

However, Verstappen made a small error into the final corner and, attempting to brave his way through it, ended up running a little wide and struck the wall. The damage knocked his front-right wheel askew and he was forced to stop on the start/finish straight.

Verstappen finished qualifying in third place, just over a tenth away from pole position.

"It was terrible but it was, in general, a good qualifying," a morose Verstappen said after the session.

"It was a bit hard to switch on the tyres here, on a street circuit, but I knew that the pace was there and it showed in the last segment."

Referring to the incident, Verstappen admitted he made an initial error into Turn 27 and tried to power his way through it.

"I don't really understand what happened but I locked up and I still tried to keep the car on the track," he commented.

"[I] tried to finish the lap but I clipped the rear and had to stop. But yeah, P3 is a bit disappointing today, knowing what lap I was on but, nevertheless, it shows that the car is quick."

Concerns over the gearbox

With Verstappen's car running a fresh gearbox for this weekend's race after completing the last six on his previous unit, the clash with the wall is a textbook example of the type of impact that can cause component damage.

As a result, if Verstappen's gearbox is damaged and a new one is required, he will be hit with a grid penalty.

However, Verstappen couldn't say whether the unit is damaged or not.

"I don't know," he admitted. "I immediately stopped, so let's see."