Verstappen explains how tyre wear held him back in Russian GP

The Red Bull driver was surprised by the amount of tyre degradation in Sochi, which he reckons limited his charge through the field before the rain. 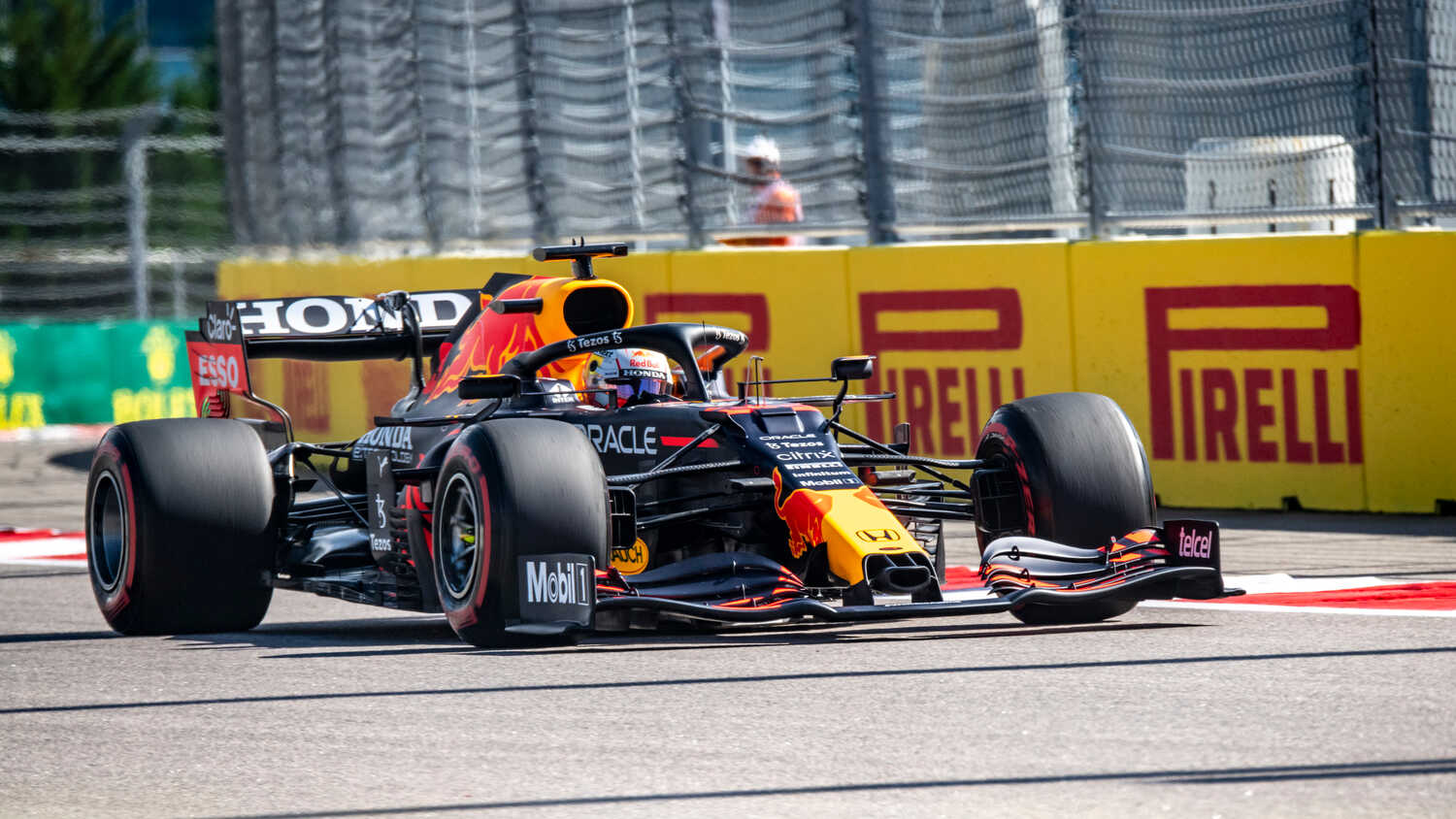 Max Verstappen believes his charge through the field at the Russian Grand Prix was limited due to tyre wear during the race.

Sochi is one of the lowest tyre degradation tracks on the Formula 1 calendar, but Verstappen encountered problems in the middle of the race when his Pirelli rubber started to lose grip despite starting on the C3 Hard compound.

Having started from the back, Verstappen overtook multiple cars, including Mercedes' Valtteri Bottas, to find himself in sixth place after 15 laps.

However, he failed to make more ground for the remainder of the race until the rain at the end of the Grand Prix.

Verstappen made his first pit-stop at the same time as title rival Lewis Hamilton and explained why he stopped relatively early considering he was on the Hard tyre.

"I had to [pit]," Verstappen told RacingNews365.com and other select members of the press. "My tyres were done, just fighting and being in traffic with so many cars. The left-front was just done.

"In hindsight maybe it would have been better to start on the Mediums. But I also didn't expect the Hard tyre to give up so quickly.

"In a way, I think it was just very difficult on tyres, especially when you had to come from the back and then you have to clear slower cars.

"You open up your tyre and then basically once that is the case, you are just stuck, you can't do anything.

"But the pit lane here is so slow and you lose so much time that you can't really put a two-stop into play, so I was just very limited with my tyre options. I boxed and I knew it was going to be very hard to the end.

"Also don't forget that I have Charles [Leclerc], for example, before I boxed, very close behind, and he was properly stuck in some traffic because I think at one point he was 14th."

Verstappen finished second after he and Red Bull pitted early when the rain came to switch to the Intermediate tyres.

He trails Hamilton by two points in the Drivers' Championship and says he was thinking about a top seven finish, had the conditions remained dry until the end.

"I don't think we did anything wrong with the strategy," said Verstappen. "The tyres were very limiting in terms of what you could achieve.

"Even if the rain didn't come and I would have finished seventh or sixth, I would have been like, 'Well, that's what it is', because with the tyres we had, the graining, there was not much more I could have done, coming from the back.

"All in all, then with the rain, we made the right calls. It was fine."