Whilst some members of the Mercedes team have suggested that their struggles are due to changes in aerodynamic regulations, Max Verstappen does not think that this is the only factor. 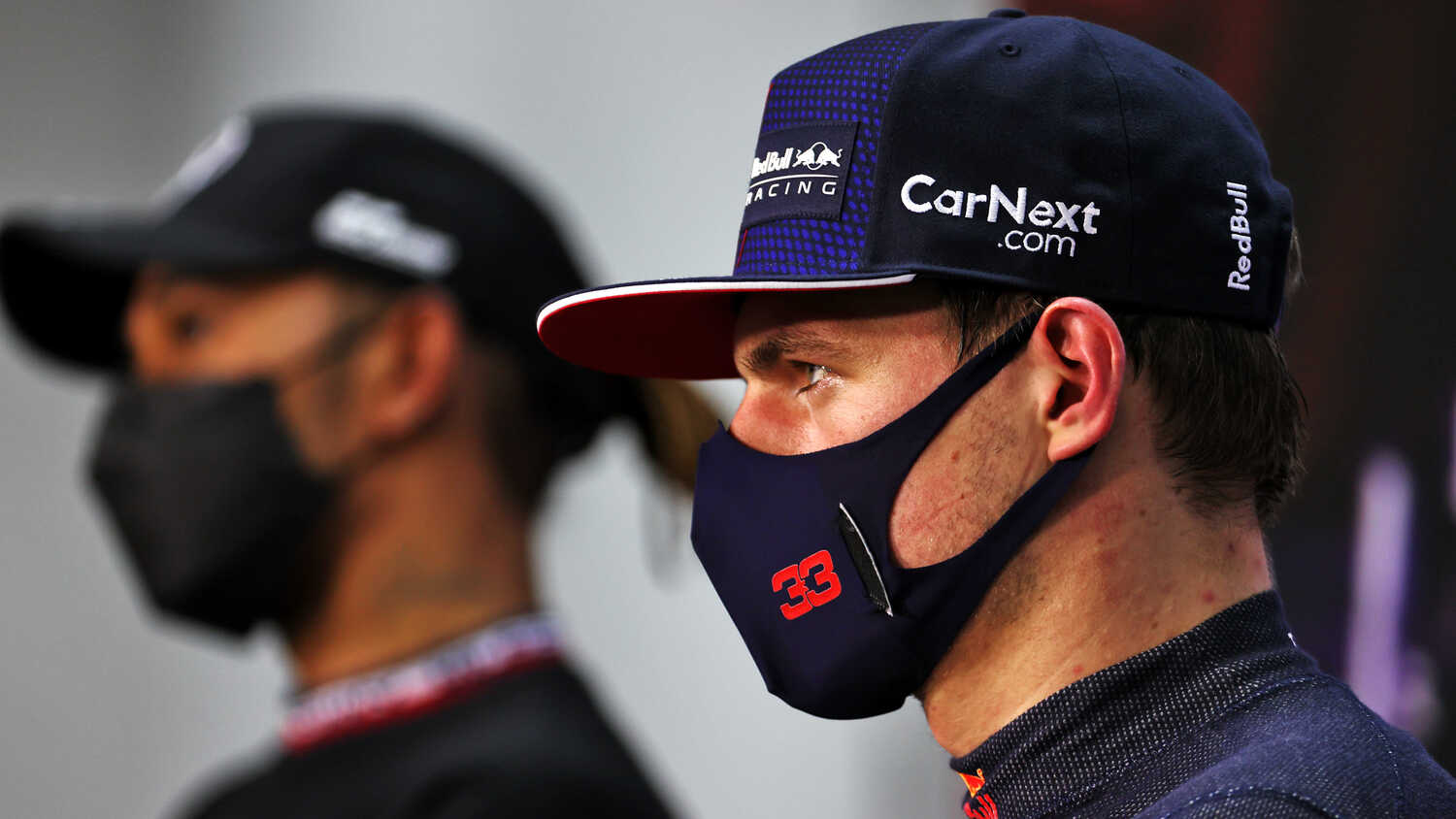 Max Verstappen has dismissed the argument that Red Bull's performance gains over Mercedes are mostly due to aerodynamic regulation changes.

Teams had to make the floor of their F1 cars smaller for the 2021 season in order to reduce downforce and slow the cars down, resulting in less wear on the Pirelli tyres. Some members of the Mercedes outfit - including Lewis Hamilton and Toto Wolff - have suggested that these regulations were aimed at impacting Mercedes and other low-rake cars rather than high-rake cars like the Red Bull, but Verstappen does not believe this to be the only factor in his team's current performance advantage.

"It’s [been] our philosophy now for a long time of course," Verstappen explained in the post-qualifying press conference in Bahrain, after securing pole position ahead of the Mercedes drivers. "I don’t think we can point it out on that.

"I think there have been a few factors, like we knew our weaknesses from last year and that’s not only the rake, it has to do with rake, so I think also from the engine side I think Honda has worked really hard to improve their engine and in general they’ve done a great job."

Verstappen's comments were made after Hamilton argued that the regulations are aiming to hold Mercedes back.

"It’s no secret that that’s what the changes have… of course they’ve been done to peg us back," the seven-times world champion claimed. "We had the changes of course to our engine to do the same thing, but that’s okay, we love a challenge, we don’t look down on these things, we just work hard to do the best we can and that’s what we will do."

Meanwhile Hamilton's teammate Valtteri Bottas was less forthcoming in his remarks about the effect of aerodynamic changes.

"I like aero stuff, I’m a bit of a geek in some ways, like aerodynamics," the Finn said. "I’m really interested but I don’t know the facts, exactly how Red Bull’s cars’ aero philosophy… For sure, it’s higher rake but how much that’s going to affect with the new regs.

"I think they have a really strong package overall - their power unit, their chassis, their aero is good. They’ve done a good job over the winter and we need to do a better job."