Red Bull's Max Verstappen has been declared the winner of the Belgian Grand Prix, despite not a single racing lap taking place. 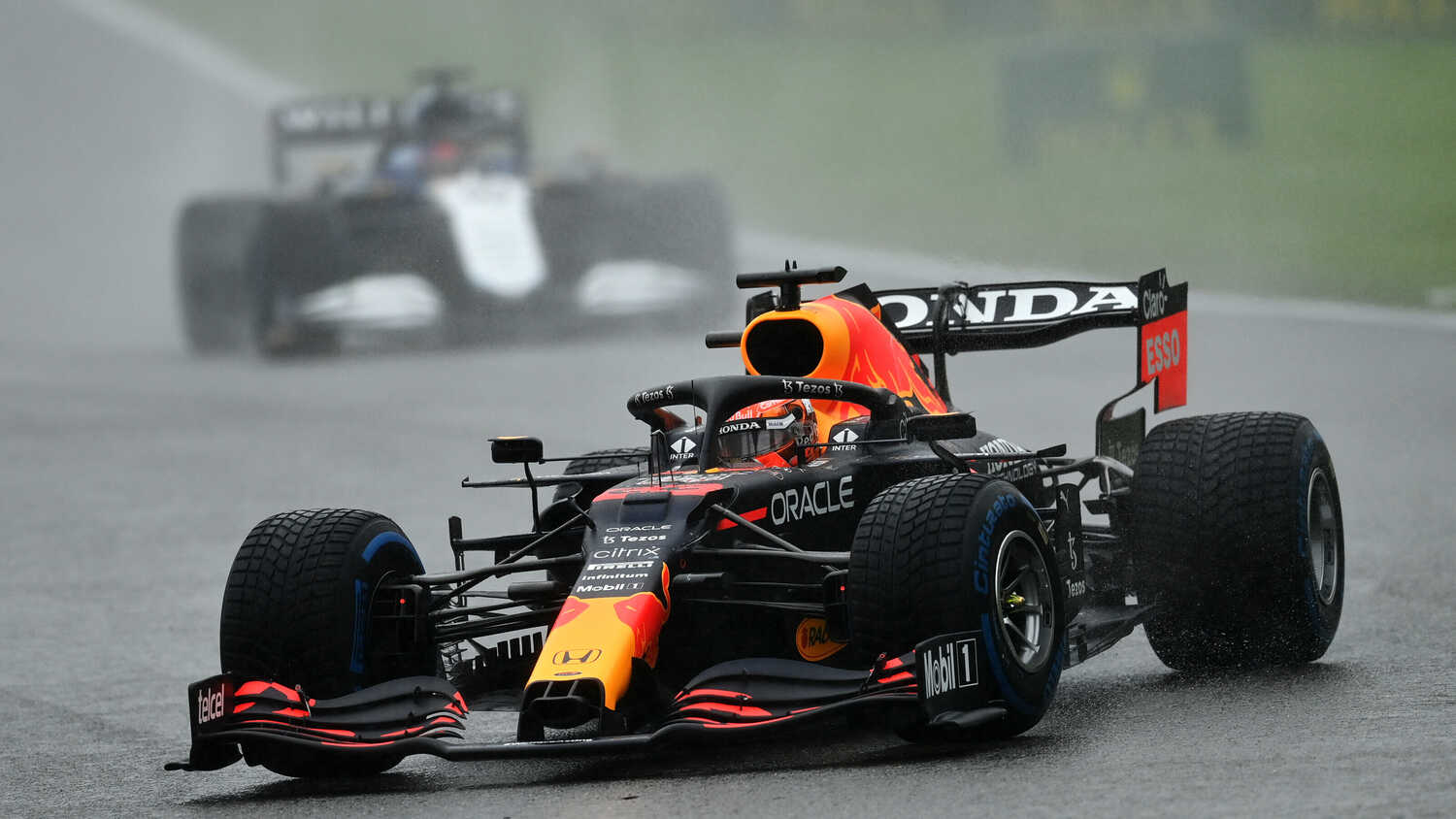 Red Bull's Max Verstappen is the main beneficiary of the Belgian Grand Prix, after the race at Spa-Francorchamps never got properly underway due to heavy rain.

The Dutch driver, who claimed an emphatic pole position on Saturday, only completed a handful of laps behind the Safety Car, as heavy rain and fog hit the circuit throughout Sunday.

The race, originally scheduled to start at 15:00 local time, was initially delayed through a series of five-minute increments before the drivers set off for two formation laps 25 minutes later. However, the race procedure was then suspended in order to give the weather a chance to clear up.

A three-hour timer that threatened to curtail any possibility of the race happening at all had to be overruled by the stewards through an invocation of the International Sporting Code, buying officials some time leeway to try holding the race before darkness fell at Spa.

Hope briefly rose at 18:17 local time as the drivers were sent out again for two more laps, which counted towards the race distance and triggered a classification. However, with darkness setting in as the local time ticked towards 19:00, the race was called with the classification decided by the order under the Safety Car.

As a result, Verstappen is declared the winner and scores 12.5 points, with Williams' George Russell classified second with nine points, and Lewis Hamilton classified in third with 7.5 points.

Red Bull's Sergio Perez crashed on his way to the grid ahead of the original start and was initially out of the race. The delays allowed Red Bull to repair the suspension damage on his car, but with no racing laps going ahead, the Mexican was classified in 20th and last.