The Red Bull driver has suggested Formula 1 should consider starting races earlier if they know wet weather is going to remain for most of the day. 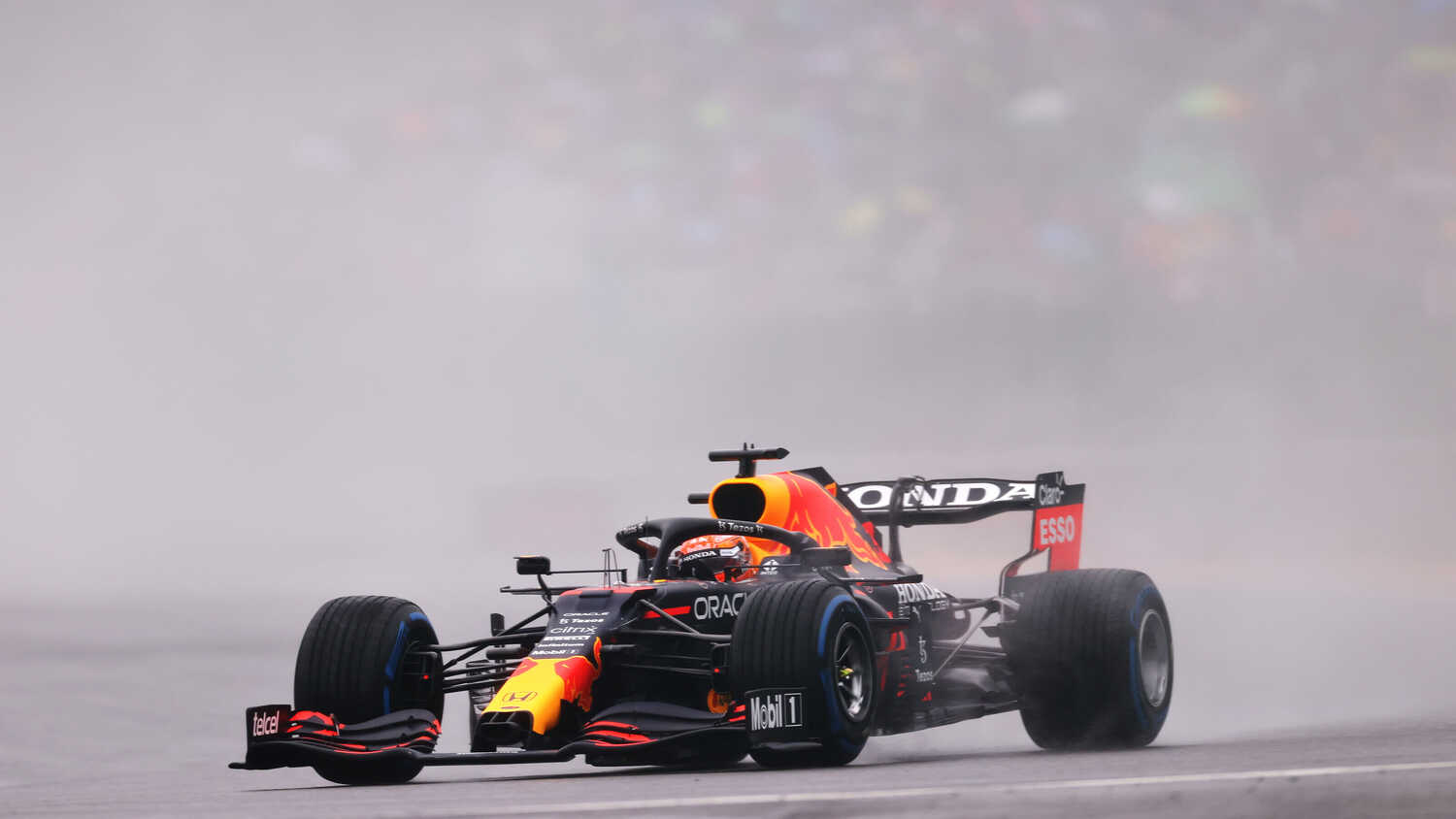 Max Verstappen believes Formula 1 should considering starting races earlier in the day if they know there will be heavy rain during most of the afternoon.

Verstappen won Sunday's Belgian Grand Prix, which was the shortest race in F1 history. He says it's not how he wanted to claim his sixth win of the season and would be in favour of an earlier race start on wet days in the future.

"In a way, when you start at three o'clock and you have days like this, maybe it's better to start a bit earlier, at 12 [or] one o'clock," Verstappen told RacingNews365.com and other select members of the press.

"I think that's a better time anyway to start, for me. Now it's just dragging on and on and the weather just gets worse and worse. It gets dark."

Half points were awarded to the top 10 drivers at Spa-Francorchamps, meaning Verstappen closed his deficit to Lewis Hamilton in the Drivers' Championship to just three points

There were two attempts to get green-flag running at the Belgian GP, but Verstappen thinks the conditions only got worse as the afternoon progressed. He says he has never seen conditions so extreme during his racing career.

"This is, of course, not what you like, especially not for the people at the side of the track, the fans," added Verstappen. "They expect a race. But the conditions were not good. It just kept raining all the time.

"I think from three o'clock onwards it just got worse and worse and when you already start that late in the day there is not much room to move around, even though we still waited for like three hours.

"Unfortunately, it didn’t improve. Of course, when you are the leading car the visibility is naturally a bit better, so it's difficult on my side to judge how the others felt.

"I think at 15:30 I said it was OK to race from my side but, of course, the visibility behind was very bad. Especially, I think, with the recent events you don't want to risk a big shunt to happen. It just didn't feel right.

"Of course, the fans won't agree with what happened, but you also have to think about safety at the end."